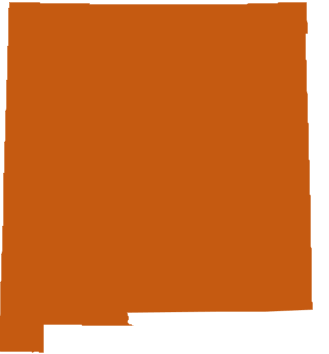 On behalf of the Center for Competitive Politics (CCP), I respectfully write in response to the February 28 letter of the Campaign Legal Center (CLC) raising objections to CCP’s analysis of House Bill 278. While CCP stands by the analysis conveyed in our February 17 letter, I nevertheless write to correct certain of CLC’s statements.

In many respects, the competing analyses of CCP and CLC reflect differing views of the First Amendment. While CCP believes that “the First Amendment has its fullest and most urgent application to speech uttered during a campaign for office,”[1] and consequently advocates for a robust understanding of the Constitution’s protections of speech and association, CLC represents a narrow understanding of those same political liberties. In particular, CLC argues that the public’s interest in the funders of “election-related” speech is essentially limitless, even when communications are not related to an election, contributors are unaware that their funds will be used for that speech, and the technical burdens placed upon reporting organizations would be substantial. Consequently, CLC has downplayed or ignored court decisions placing limits on compelled disclosure, while trumpeting out-of-context passages culled from extremely lengthy and technical court rulings. Doubtless, CLC’s views are held in good faith, as are ours. But legislators should recall that “[w]here the First Amendment is implicated, the tie goes to the speaker, not the censor.”[2]

In that spirit, a few of CCP’s original objections do not, as CLC concedes, appear in the current version of H.B. 278 as substituted by the House Safety and Civil Affairs Committee. Consequently, I will limit these comments to the occasions where CLC goes beyond merely arguing a restricted view of the First Amendment. In certain cases, CLC has misrepresented the case law, or suggested that the Supreme Court has foreclosed CCP’s constitutional concerns. I write to note these errors and omissions, and to correct them. I also wish to emphasize that the bill, as it currently stands, proposes severe harms to the rights of free speech and association guaranteed by the First Amendment.

CCP Response to CLC Claims 2 and 3:  The Supreme Court has never upheld generalized donor disclosure for groups that only engage in issue advocacy.

CLC asserts that “[t]he statutory disclosure provisions reviewed in Citizens United are not limited to donors who give ‘for the purpose of furthering the expenditure.’”[3] To support this emphatic claim, CLC points to the text of the McCain-Feingold statute. But this hides the ball. Until 2014, the FEC interpreted that statute to only require the disclosure of donors who specifically earmarked their contributions for federal electioneering communications.[4] That regulation makes sense; under federal law, organizations that run ads specifically asking the listener to vote a particular way need only disclose earmarked contributions. [5] To require greater donor disclosure for ads that merely name a federal candidate – but do not ask for a vote – is nonsensical.

While a federal court in Washington D.C. recently invalidated the FEC’s earmarking regulation for electioneering communications,[6] it did so on the basis of statutory interpretation and did not make a constitutional ruling.[7] That opinion is being appealed and is not the final word on the matter.

But this is not the point. The Supreme Court may only decide the case before it, and the Citizens United decision dealt with the law as it was in 2010. At that time, disclosure was limited to earmarked contributions, and that is the legal regime the courts reviewed.[8] The law proposed in H.B. 278 consequently goes further than any law that the High Court has upheld.

Thus, CLC’s assertion that House Bill 278 “closely tracks” those “disclosure requirements that were upheld in Citizens United,” is misleading.[11]

It is undisputed that H.B. 278 would put issue speakers in a bind. If, for example, an organization wishes to run an issue ad encouraging the governor to pardon non-violent drug offenders that happens to coincide with the run-up to a gubernatorial election, it faces a choice. Either it must provide the state with personal information on all of its substantial donors, or it must create a separate fund solely for making such communications and report the names and address of all donors contributing to that separate fund. (This is to say nothing of the burdens associated with zero dollar disclosure of contributors to a separate segregated fund.) Presumably, the organization must make this choice well in advance.

CLC objects to CCP’s characterization of this requirement as imposing the “functional equivalent” of political committee status on groups, largely engaging in a debate over which of several requirements is the most burdensome part of being a political committee. But CLC ignores the fact that, if enacted into law, H.B. 278 allows organizations to shield their general donors only at the price of cloning themselves and forming a separate entity. CLC also ignores the burdens of maintaining separate accounts, ensuring that money does not change hands between the two accounts, ensuring tax compliance, and addressing whatever additional regulations state officials may impose upon such “independent expenditure funds” by administrative fiat. Functionally, administering the separate account does not differ substantially from administering a PAC.

FEC v. Massachusetts Citizens for Life, Inc.[12] is not the only case warning against the imposition of excessive reporting burdens as the price of exercising First Amendment rights. Citizens United also disapproved of this practice, and other courts have followed the Supreme Court’s lead.[13] It is true that the Supreme Court has not spoken directly to the constitutional merits of a regime precisely like H.B. 278, but proper application of First Amendment precedent would militate against the choice that this bill would present to issue speakers.

CCP Response to CLC Claim 5:  The “threats, harassments, and reprisals” exception is an exception to laws that are constitutional, and H.B. 278 likely is not.

In my comments, I noted that “[m]uch of the Supreme Court’s concern over compulsory disclosure lies in its consideration of the potential for harassment.”[14] In response, CLC posits that the disclosure that H.B. 278 would enact poses no such threat because “CCP does not even purport to have identified any such group or instance where actual harassment would be probable.”[15] That is not the standard, nor is it CCP’s obligation to identify precisely which opinions and groups will be unpopular in the future, when any person with an Internet connection would, under the terms of H.B. 278, be able to identify the supporters of long-concluded speech. American politics constantly produces controversial matters – from civil rights to abortion rights to gay rights – where supporters of a given issue might find themselves cashiered, threatened, or attacked simply because of the beliefs they hold. As importantly, views change over time and presently mainstream opinions may fall out of fashion. To claim that there is no danger that the disclosure of confidential information may impose costs on donors, now or in the future, is to demonstrate willful ignorance.

Turning back to the law, while CLC quotes language from Buckley v. Valeo,[16] it ignores the actual holding of that case. The Buckley Court stated that “disclosure requirements, certainly in most applications, appear to be the least restrictive means of curbing the evils of campaign ignorance and corruption.”[17] But, out-of-context quotes aside, the Buckley Court struck down provisions of the challenged law that would have forced organizations that engaged in issue speech to disclose their donors and members.[18] The Court did so in a facial ruling, without any specific evidence of particular threats, harassment, or reprisals to specific donors or organizations. Such a showing was not necessary because the law regulated so broadly that the harm to First Amendment liberties was obvious.

The “threats, harassments, and reprisals” exception in Buckley and Citizens United is a backstop; it adds an additional layer of constitutional protection for those groups that are specifically targeted because of otherwise-constitutional disclosure. But New Mexico’s law likely is unconstitutional because it requires far too much disclosure from organizations engaging in far too little (allegedly) political speech. To suggest that the only limit on compelled disclosure is for organizations that can prove, in advance, that their donors will be threatened and harassed is to ignore the clear meaning of Buckley.

At present, the “top three funders” provision attached to H.B. 278 has been removed, and is therefore no longer relevant. However, I wish to correct CLC’s significant omission in stating that “CCP’s discussion of the legal status of disclaimers in political advertising is based on a version of the governing case law that bears no resemblance to the actual state of the law.”[19] This is a significant allegation and merits a response.

CLC rests its case that a “top three” disclaimer would be constitutional under McConnell v. FEC, Citizens United v. FEC, and a number of cases that generally upheld on-communication disclaimers. But those cases did not deal with the disclosure of a donor on the face of the communication. Those cases merely upheld the general requirement that a group identify itself on the communication, such as stating that a given ad was “Paid for by New Mexicans for Smith” or “The content of this advertisement was provided by the Santa Fe Chamber of Commerce.” Despite CLC’s suggestion to the contrary, the Supreme Court has never upheld a law requiring the on-communication disclosure of donors to an organization.

The disclosure of private donor information, as opposed to the public name of an organization, has been directly reviewed by a court of appeals. In my February 17 letter, I cited a case from the Ninth Circuit, American Civil Liberties Union v. Heller.[20] That case – which remains the law in that circuit – struck down a Nevada law requiring groups “to reveal on the publication the names and addresses of the publications’ financial sponsors.”[21] That law was invalidated – facially. The Heller Court observed that “there is a difference of constitutional magnitude between mandatory identification with a particular message at the time the message is seen by the intended audience and the more remote, specific disclosure of financial information that…is a far cry from compelled self-identification on all election-related writings.”[22]

CLC does not address, or even mention, this clearly on-point ruling.

Once again, thank you for the opportunity to discuss the constitutional deficiencies of House Bill 278. I hope that you find this information helpful and useful in analyzing this proposed campaign finance regulation. Should you have any further questions regarding this legislation or any other campaign finance proposals, please do not hesitate to contact me at (703) 894-6835 or by email at mnese@campaignfreedom.org.

View our original analysis of the introduced version of H.B. 278 here.

[4] 11 C.F.R. § 104.20(c)(9) (a corporation or labor organization making electioneering communications must merely disclose “the name and address of each person who made a donation aggregating $1,000 or more, aggregating since the first day of the preceding calendar year, which was made for the purpose of furthering electioneering communications”).

[8] The district court opinion reviewed by the Supreme Court said this explicitly. Citizens United v. FEC, 530 F. Supp. 2d 274, 280 (D.D.C. 2008) (describing disclosure demanded by federal law as listing “the names and addresses of anyone who contributed $1,000 or more in aggregate to the corporation for the purpose of furthering electioneering communications” and citing to the earmarking regulation at 11 C.F.R. 104.20(c)(9)).

While we appreciate the Committee’s consideration of the concerns expressed by the Institute for Free Speech and others, the changes in S. 1183 are ...

CCP Legal Director Allen Dickerson was invited to offer testimony to the Maryland Commission to Study Campaign Finance Law, established by the the Maryland ...