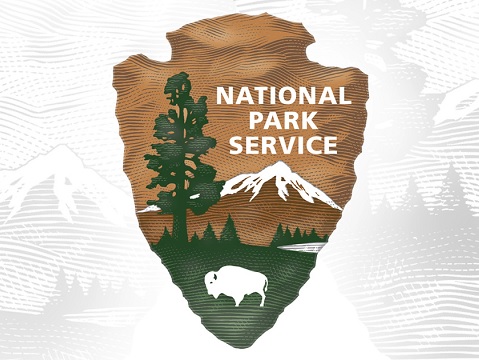 The Institute for Free Speech is a nonpartisan, nonprofit organization dedicated to the defense of the First Amendment. Accordingly, it is acutely concerned with our long national tradition of public protest. That tradition is especially robust in the National Capital Region, the seat of federal power and the stage upon which Americans have long exercised their rights, guaranteed by the Constitution, to freely assemble and petition their representative government. Accordingly, the Institute appreciates this opportunity to respond to the National Park Service’s (“NPS” or “Service”) proposed rules regarding protests and demonstrations in Washington, D.C.

Americans are a protesting people. Every year, hundreds of thousands of citizens come to Washington for a range of causes—from abolishing abortion to ending police brutality—all living the lyrical advice of Bob Marley and the Wailers: “Get up, stand up: Stand up for your rights!/Get up, stand up: Don’t give up the fight!”[1] And they have done so for centuries. While the earliest American protests did not take place in front of the White House,[2] that is only because it had not yet been built.[3]

This cultural norm is reflected in the First Amendment itself, which restrains the federal government, including the NPS.[4] Yet, if enacted, the Service’s proposed rules will, as written, violate that restraint and impose unreasonable burdens on Americans’ access to their own capital.

As a general matter, the proposed rules focus almost entirely on the alleged benefits to the government that would come from more heavily regulating demonstrations in the National Capital Region. It is disappointing that the Service pays comparatively little attention to the collateral damage it is causing to the First Amendment rights of Americans in whose name the Service operates.[5]

In particular, the Institute writes to draw attention to three specific facets of the proposed rules: the proposed tax on speech and assembly through cost recovery fees, the attempt to remove most of the White House sidewalk from lawful protest, and the attempt to restrict the signs that protestors may carry at multi-site demonstrations.

The Service asks whether it ought to alter or abolish its “current practice” of “not charg[ing] cost recovery if the proposed activity is an exercise of a right, such as a demonstration.”[6]

Bluntly, the answer is “No.” As the Supreme Court has explained, “[t]he power to tax the exercise of a privilege is the power to control or suppress its enjoyment.”[7]

A “tax imposed on the exercise of a privilege granted by the Bill of Rights,” particularly “activities guaranteed by the First Amendment” will have a “destructive effect”[8] on those freedoms, betraying our Constitution’s “commitment to the principle that debate on public issues should be uninhibited, robust, and wide-open.”[9] “Freedom of speech [is]…available to all, not merely to those who can pay their own way.”[10]

Undoubtedly, the Service would rather not characterize this proposal to financially condition the free exercise of constitutional freedoms as a “tax.” Perhaps it would rather term it a “fee” or a mere “cost recovery charge.” But “[S]tate labels cannot be dispositive of [the] degree of First Amendment protection.”[11] To suggest that this proposal is anything less than a tax would be “pure applesauce.”[12]

The National Parks Service should continue to use the funds entrusted to it by Congress to pay for the incidental cost of core First Amendment activity in the Nation’s capital. This includes the monitoring and clean-up of public protests in public fora.

The Clandestine Closure of the White House Sidewalk

As another commentator noted, “[w]ithout any discussion of this change in the Federal Register notice, NPS is proposing to close 80% of the White House sidewalk to First Amendment activity.”[13] But, of course, the Service cannot do this consistent with the Constitution. Not only are sidewalks traditional “public places historically associated with the free exercise of expressive activities,”[14] but “[t]here is little dispute the street in front of the White House is a public forum.”[15]

More to the point, the lack of proper justification for this change would fatally wound the Service’s defense of this change in any subsequent legal proceeding.

Lastly, the Institute is concerned with the Service’s apparent effort to expand existing signage restrictions. While some restrictions may be necessitated by the sui generis national security concerns involving the White House itself, those considerations do not apply where a protestor simply walks through Lafayette Park, or the slim portion of the White House sidewalk the Service intends to keep open, while en route to another site.[17]

Freedom of expression is not limited to the words that one speaks, but also the apparel one wears[18] and the signs one wishes to display.[19] As Justice Brennan observed, “[t]he First Amendment mandates that we presume that speakers, not the government, know best both what they want to say and how to say it…free and robust debate cannot thrive if directed by the government.”[20] Yet, that is precisely what the Service seeks to do here.

Certainly, applying the severe signage restrictions needed to secure the White House Complex to protests that go elsewhere within the District of Columbia may lead to more “uniform” rules and lessen “negative interactions with law enforcement.”[21] But so would banning protests in Washington, D.C. altogether—or, for that matter, preventing people from going outside.

The Service’s explanation for this change is wholly insufficient. It relies exclusively on the supposed benefits to public safety—which are not explained, quantified, or otherwise justified—and the advantages for “simplif[ied] event planning.”[22] These are not the sorts of interests, especially not when merely asserted, that can stand against a clear constitutional right.

If anything, given the advances in security and surveillance technology since 1983 and 1986, when the original restrictions on signage regarding the White House Sidewalk and Lafayette Park were enacted, the Service ought to reconsider whether these 30 year old rules remain absolutely necessary to the “larger effort to safeguard” the White House.[23] After all, as Chief Justice Roberts held just a few years ago, “[w]here the First Amendment is implicated, the tie goes to the speaker, not the censor.”[24]

The Institute appreciates the Service’s attention to these comments. If you should have any questions, please contact us at (703) 894-6800, or by email at adickerson@ifs.org.

[3] National Park Service, The President’s House: Freedom and Slavery in the Making of a New Nation at 2, https://www.nps.gov/inde/learn/historyculture/upload/pres-hse-brochure.pdf.

[5] The American Civil Liberties Union has specific experience litigating these questions, and its comments accordingly reference that history. E.g. American Civil Liberties Union Comments, RIN 1024-AE45 at 1, 7, 21, 30. The Institute writes separately, in part, to note that this oversight is general, and not merely the result of the NPS’s failure to address decades-old court orders.

[18] Maxine Bernstein, Student with banned Trump shirt to get apology, $25,000 from school district, The Oregonian, July 24, 2018, (“The principal of Liberty High School in Hillsboro has agreed to apologize to a student who was told to go home or cover up his ‘Donald J. Trump Border Wall Construction Co.’’ shirt in January…[after]  a federal judge issued a temporary restraining order, essentially barring the school for the remainder of the school year from enforcing its earlier decision prohibiting [the student] from wearing the shirt”), https://www.oregonlive.com/washingtoncounty/index.ssf/2018/07/student_with_banned_trump_shir.html.

[21] 83 Fed. Reg. 40472-40473. To the extent these “negative interactions” involve NPS officers, the Service is in a position to directly mitigate this concern through proper training and discipline of its own personnel.