Concerns with and Suggested Fixes to Indiana S.B. 471 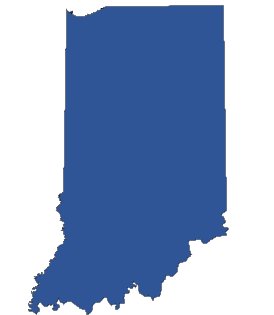 RE:  Concerns with and Suggested Fixes to S.B. 471 (Critical Infrastructure Protection)

On behalf of the Institute for Free Speech,[1] I write to share our concerns with Senate Bill 471, as passed by the Indiana Senate. The goal of S.B. 471, to protect manufacturing and vital utilities, is certainly laudable. However, the measure’s vague language would greatly chill free speech by organizations that seek to abide by the law.

When laws that regulate speech or associations are vague, they can do serious harm to free speech. Consider the vague regulations interpreted by the IRS’s Lois Lerner. Those vague IRS regulations played a significant role in the IRS scandal, where Tea Party and conservative organizations were targeted for special scrutiny that delayed their applications for tax-exempt status.

Imagine a more liberal state that supports abortion adopting the language in S.B. 471, but substituted the phrase “critical women’s health facility” (meaning that it provides abortions) for “critical infrastructure facility.” Relatively trivial violations by pro-life activists might well lead to intrusive investigations and even serious criminal penalties. Investigations might be launched against pro-life organizations in an attempt to shut them down or bankrupt them. Even if the organizations eventually escaped financial sanctions, their legal defense costs could prove ruinous.

Yet such an assault on the free speech and associational rights of environmental or other groups that might have concerns about facilities covered by this proposal would be possible under S.B. 471, if it becomes law.

The bill says that “a person who… intentionally enters… a critical infrastructure facility…commits… a Level 6 felony.” Note that no damage must be done, or even attempted, in order to trigger a felony charge. Simply walking into a facility to seek to leave a leaflet or brochure or talk to an employee about one’s concerns about the facility would appear to be a crime if the bill were to become law.

Another provision provides that “a person who… defaces property of a critical infrastructure facility commits… a Level 5 felony.” But that would appear to cover an action as benign as leaving a poster taped to a pole or a banner placed on a building or machine.

The bill would also suppress speech by organizations. Under the proposal, if an organization is “found to be a conspirator” with a person convicted of any crime defined by the bill, a fine of $100,000 could be imposed. That sum would bankrupt many small organizations. Even larger groups could face ruinous legal defense costs. It is unclear what would trigger a finding that an organization is a conspirator. Such vague provisions can, and probably will, lead to abusive prosecutions.

More worrisome, many organizations will avoid supporting or organizing peaceful protests, even in public areas, fearful that a few bad apples might commit a crime under this bill. Since the definition of a crime under S.B. 471 is both broad and vague, a protester might plead guilty or not contest a crime. That, in turn, could lead to a prosecution against the organization that could trigger devastating legal defense costs, fines, or both. Many groups might well choose to avoid organizing peaceful protests as a result.

No one sympathizes with protesters who knowingly and willfully intend to seriously damage or destroy anyone’s property, much less important infrastructure. But there are already laws with strong penalties against trespassing and damaging property. As currently drafted, S.B. 471 would inflict serious harm on vital First Amendment rights to speak and organize into groups. Further, the bill’s proposed penalties are too severe for actions that cause little or no damage to property or business operations.

If current penalties against trespassing and damage to property are insufficient, it would be best to apply revisions to all facilities important for health and safety. If the Legislature decides to proceed with this legislation, we recommend tailoring the language in the bill to remove any ambiguity to the maximum extent possible, especially in the provisions relating to organizations. I have attached an example of how the language could be modified to reduce the risk to the First Amendment rights of free speech and association.

Thank you for allowing me to submit comments on Senate Bill 471. Should you have any further questions regarding this legislation, please contact the Institute’s Director of External Relations, Matt Nese, at (703) 894-6800 or by e-mail at mnese@ifs.org.

[1] The Institute for Free Speech is a nonpartisan, nonprofit § 501(c)(3) organization that promotes and protects the First Amendment political rights of speech, press, assembly, and petition. Originally known as the Center for Competitive Politics, it was founded in 2005 by Bradley A. Smith, a former Chairman of the Federal Election Commission. In addition to scholarly and educational work, the Institute is actively involved in targeted litigation against unconstitutional laws at both the state and federal levels. Its attorneys have secured judgments in federal court striking down laws in Colorado, Utah, and South Dakota on First Amendment grounds. The Institute is currently involved in litigation against California, Connecticut, Missouri, Massachusetts, South Dakota, Tennessee, and the federal government.

The Institute for Free Speech is a nonpartisan, nonprofit organization dedicated to the defense of the First Amendment. Accordingly, it is acutely concerned with ...