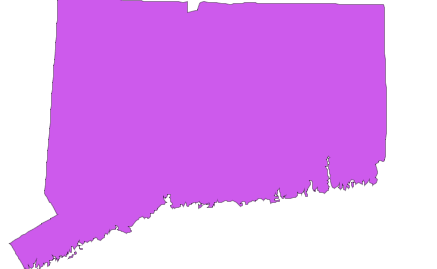 With the 2014 elections rapidly approaching, we urge you to take quick action to respond to the U.S. Supreme Court’s decision in McCutcheon v. FEC,[1] in order to ensure that Connecticut does not continue to violate its citizens’ First Amendment rights. In that case, plaintiff Shaun McCutcheon challenged the federal aggregate limit imposed on contributions by individuals to candidate campaigns, political parties, and political committees under the Bipartisan Campaign Reform Act of 2002. The Court ruled that the limit was unconstitutional under the First Amendment.

Connecticut has an essentially identical requirement in its campaign finance laws, which we believe is almost certainly unconstitutional under the McCutcheon ruling.[2] As Chief Justice Roberts noted in the opinion for the Court, “An aggregate limit on how many candidates and committees an individual may support through contributions is not a ‘modest restraint’ at all. The Government may no more restrict how many candidates or causes a donor may support than it may tell a newspaper how many candidates it may endorse.”[3]

Now is the time for Connecticut to proactively apply this Supreme Court decision.

To ensure compliance with the First Amendment to the United States Constitution, Connecticut should repeal Conn. Gen. Stat. § 9-611(c) as soon as possible.

If Connecticut fails to either amend or repeal this statute to conform to the Court’s ruling, it risks a lawsuit. CCP has provided pro bono representation in similar situations, and would strongly consider doing so here as well. Such legal action would cost the state money defending the case, and would distract the Attorney General’s office from other important legal work. Additionally, if the state chooses to defend the law in court, it is probable that the state will have to pay substantial legal fees to successful plaintiffs.

I have enclosed a memo by our Legal Director Allen Dickerson, which provides additional details on why we believe Connecticut’s statute is unconstitutional. Our staff would be pleased to assist you in your efforts to bring your campaign finance law into compliance with the Court’s ruling, or to answer any questions you may have on the ruling and its application in Connecticut.

An Open Letter to Conservatives: Why Party Coordinated Limits Should Be Repealed

Recently some members of the Freedom Caucus in Congress and other conservative leaders have expressed opposition to a proposal by Senate Majority Leader Mitch ...

With the 2014 elections rapidly approaching, we urge you to take quick action to respond to the U.S. Supreme Court’s decision in McCutcheon v. ...