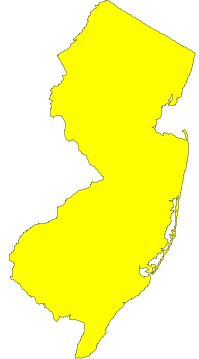 Re:  Constitutional Issues with Assembly Measure No. 3863

Dear Speaker Oliver, Assemblyman Gusciora, and Members of the Assembly:

On behalf of the Center for Competitive Politics, I respectfully submit the following comments on constitutional issues with portions of Assembly Measure No. 3863. Among other things, this legislation deems any organization formed under sections 501(c)(4), 501(c)(5), 501(c)(6), 527 of the Internal Revenue Code, “or any other organization organized under federal law” that the New Jersey Election Law Enforcement Commission considers “essentially similar to such organizations” as independent expenditure-only committees.

The Center for Competitive Politics is a nonpartisan, nonprofit 501(c)(3) organization that promotes and protects the First Amendment political rights of speech, assembly, and petition. It was founded in 2005 by Bradley A. Smith, a former Chairman of the Federal Election Commission.

As written, A. 3863 is likely unconstitutional and severely infringes on the First Amendment rights of all entities that it purports to cover. Indeed, this legislation represents one of the most far-reaching attempts to regulate organizations engaged in issue advocacy – that is, speech about political issues and not speech that advocates for or against candidates for office – that the Center has commented on in recent memory.

If this measure became law as written, New Jersey would likely find itself forced to spend taxpayer money defending a constitutionally suspect law before a Federal court.

I. The definition of “Independent Expenditure-Only Committee” is likely unconstitutional.

Accordingly, the second half of New section 2(a) is likely unconstitutional. In Buckley v. Valeo, the U.S. Supreme Court held that only organizations “under the control of a candidate or the major purpose of which is the nomination or election of a candidate” may be regulated by the State.[1] (Emphasis added). “[W]hen the maker of the expenditure is not within these categories—when it is a…group other than a ‘political committee’” the government interest’s in an organization’s contributors dissolves.

Necessarily – and grammatically – the “major purpose” would imply only organizations that spend a majority of their funds on independent expenditures could be permissibly required to disclose contributors. Thus, if a social welfare group raises millions, but spends a paltry $1,500 on leafleting in favor of a public question, the State may not constitutionally force substantial disclosure of donations received solely for general support of the organization.

II. The “made to aid or promote” standard for determining an independent expenditure is constitutionally questionable.

The Buckley Court explicitly held “expenditure” must be construed “to reach only funds used for communications that expressly advocate the election or defeat of a clearly identified candidate” or public question.[2] To this end, A. 3863’s definition of an independent expenditure as one merely “made to aid or promote” a candidate or public question is likely unconstitutionally vague.

As the Supreme Court recently held, it “is not enough to establish that the ads can only reasonably be viewed as advocating or opposing a candidate” in an election.[3] “For the distinction between discussion of issues and candidates and advocacy of election…may often dissolve in practical application.”[4]

“[W]hether words intended and designed to fall short of invitation would miss that mark is a question both of intent and of effect. No speaker, in such circumstances, safely could assume that anything he might say upon the general subject would not be understood by some as an invitation. In short, the supposedly clear-cut distinction between discussion, laudation, general advocacy, and solicitation puts the speaker in these circumstances wholly at the mercy of the varied understanding of his hearers and consequently of whatever inference may be drawn as to his intent and meaning.”

“Such a distinction offers no security for free discussion. In these conditions it blankets with uncertainty whatever may be said. It compels the speaker to hedge and trim.”[5]

The proposed “made to aid or promote” standard – which has no direct corollary in any present Federal law – offers “no security for free discussion.” “Discussion of issues cannot be suppressed simply because the issues may also be pertinent in an election. Where the First Amendment is implicated, the tie goes to the speaker, not the censor.”[6]

III. The measure’s rules on the disclosure of contributions are at best unclear and at worst potentially unconstitutional.

The rules regarding disclosure of contributors need immediate clarification. New section 2(b) of the measure states that “[t]he cumulative report, except as hereinafter provided, shall contain the name and mailing address of each person or group that has contributed moneys, loans, paid personal services or other things of value since 48 hours preceding the date on which the previous such report was made and the amount contributed by each person or group.” (Emphasis added).[7] New section 2(b) continues by spelling out different rules for individuals and loan co-signers – namely to add the name and mailing address of each such person’s employer.

But New section 2(e)(1) states that “[a]ny report filed pursuant to the provisions of this section shall include an itemized accounting of all receipts relative to any contribution received by the committee, which accounting shall include the name and mailing address of each contributor contributing $2,500 or more to such committee and the amount contributed by each.” (Emphasis added).[8]

As one can see, New section 2(b) appears to mandate strict first dollar disclosure of every contribution to an “independent expenditure-only committee.” By contrast, New section 2(e)(1) suggests a floor of $2,500 before disclosure is required.

This is all the more confusing given that New Jersey’s present contribution reports and requirements law, N.J. Stat. § 19:44A-8, makes clear that an “organization or committee reporting may exclude from the report the name of and other information relating to any contributor whose contributions during the period covered by the report did not exceed $300,” with a few limited exceptions.[9] The lack of similar language in the proposed measure suggests an embrace of first dollar disclosure.

We recommend that this be clarified. To the extent the legislation seeks to embrace first dollar disclosure of all contributors to “independent expenditure-only committees,” it is very likely unconstitutional. It is well established that the government has no relevant interest in the membership or contributor lists of social welfare organizations.[10]

While the Supreme Court upheld certain disclosure in Citizens United v. Federal Election Commission, it addressed only a narrow and far less burdensome form of disclosure to that contemplated by A. 3863. The Court merely upheld the disclosure of an electioneering communication report, which discloses the entity making the expenditure and the purpose of the expenditure. Such a report only discloses contributors giving over $1,000 for the purpose of furthering the expenditure.[11] This has been interpreted by the Federal Election Commission to mean contributions earmarked for these communications, an interpretation recently supported by the U.S. Court of Appeals for the D.C. Circuit in a case involving analogous electioneering communication reporting requirements.[12]

By contrast, this legislation proposes, in the best-case scenario, an open-ended disclosure of the names and addresses of everyone who contributes at a certain threshold to an entity that has done nothing more than make independent expenditures of $1,400 in the aggregate.

The Citizens United Court specifically held that the limited disclosure of an independent expenditure report is a “less restrictive alternative to more comprehensive regulations of speech,” such as those dealt with by the Court in the 1986 case Massachusetts Citizens For Life v. Federal Election Commission (“MCFL”).

In MCFL, both the plurality and the concurrence were troubled by the burdens placed upon nonprofit corporations by certain disclosure requirements.[13] The plurality was concerned with the detailed record keeping, reporting schedules, and limitations on solicitation of funds to only “members” rather than the general public.[14] Likewise, Justice O’Connor was concerned with the “organizational restraints” including “a more formalized organizational form” and a significant loss of funding availability.[15]

A. 3863 requires similar burdens, and, therefore, is constitutionally suspect.

IV. The “without coordination or consultation” standard suffers from vagueness.

Lastly, the standard enunciated in section 1(3)(t) is likely unconstitutionally vague in part because it relies on the “made to aid or promote” criteria noted above. Laws, especially those in the First Amendment context, must be so clear as to prevent the chilling of speech from those afraid of running afoul of a vague law.

Assembly Measure No. 3863’s many constitutional infirmities must be addressed. This measure proposes to dramatically expand a state’s power over organizations engaged purely in issue speech. Furthermore, several of the measure’s definitions are vague and confusing and afford no protection to those wishing to exercise their First Amendment right to speak.

Thank you for allowing me to submit comments. I hope you will find this information useful. Should you have any further questions regarding this legislation or any other campaign finance proposals, please do not hesitate to contact me at (703) 894-6835 or by e-mail at mnese@campaignfreedom.org.

A PDF version is available at this link.

The Institute for Free Speech writes in support of H.R. 4916, the “Preventing IRS Abuse and Protecting Free Speech Act.” The measure, sponsored by ...

The Institute for Free Speech respectfully submits the following supplemental comments in support of the proposed rule updating the information reporting regulations under Section ...