Closing the File at the Initial Stage in the Enforcement Process

RE: Comments on Draft Statement of Policy Regarding Closing the File at the Initial Stage in the Enforcement Process

The Institute for Free Speech[1] supports the proposed policy clarification regarding the closing of FEC complaint files at the initial stage of the enforcement process.

As you know, the Federal Election Campaign Act of 1971, as amended, vests the FEC with “exclusive jurisdiction with respect to [] civil enforcement” of the Act and Chapters 95 and 96 of Title 26 of the Internal Revenue Code.[2] “Any person who believes a violation [of these laws] has occurred, may file a complaint with the Commission.”[3] The Commission may only take action on the complaint with a “vote of 4 of its members.”[4] If the Commission fails to act on the complaint within 120 days, any aggrieved party may petition the U.S. District Court for the District of Columbia for an order directing the FEC to act within 30 days.[5] If the Commission fails to follow the court’s order, the aggrieved party may bring a private cause of action against the respondent(s) named in the administrative complaint filed with the FEC “to remedy the violation involved in the original complaint.”[6]

The draft statement of policy regarding closing the file at the initial stage in the enforcement process will help effectuate the statutory framework outlined above, promote judicial economy, and satisfy the parties’ interest in finality as well as the public’s informational interest in the Commission’s operations.

The proposed policy will promote due process and the speedy resolution of disputes. When the FEC would not act on a complaint with the affirmative vote of 4 of its members—either to pursue an investigation, dismiss the matter (with or without admonishment), or find that there are no grounds to believe a violation occurred—the complaint will be closed, its file made public, and notice given to the parties; effectively terminating the enforcement matter.

Closing a file for lack of Commission consensus signals to the parties and the courts that the FEC will not act on that complaint. Such a signal has significant value to all concerned. Being named as a respondent can be traumatic and stressful, and significantly chill one’s exercise of fundamental First Amendment rights. People should not needlessly suffer that status if the process will not actually advance in an effort to achieve some valid goal. The public, which watches the process unfold, may also be dissuaded from engaging in constitutionally protected activity so long as a complaint hangs in the air. The proposed policy also strengthens the rights of complainants who are serious about either seeking information they believe must be disclosed or pursuing an enforcement action to punish a violation of the law. It may hasten a complainant’s ability to pursue a private cause of action against the respondent—decreasing delay and promoting judicial economy. If, for whatever reason, the Commission cannot act on a matter, there is no point in maintaining an official cloud of inquiry over a respondent, while delaying people’s access to the courts to resolve important and often time-sensitive disputes bearing on fundamental rights.

A policy that expedites disclosure of information integral to the FEC’s decision making process is also a more appropriate way to satisfy the public’s informational interest. Under existing policy, the Commission publicizes certain documents from a complaint file upon termination of an enforcement matter.[7] But the timing of these disclosures is unclear. Under the proposed policy clarification, once a complaint is voted upon and fails to obtain 4 votes for substantive action, the enforcement matter will terminate, the parties will be notified, and certain documents in the complaint file will be made public in a more expeditious manner than under the current policy. This more robust process increases the efficiency of the Commission as it promotes and prioritizes government transparency. The public has a legitimate interest in accessing as much information as possible about disputes that come before the Commission. Excessive delays in the release of such material to the public should be discouraged.

The Commission should be commended for pursuing this policy clarification, because it will make the agency more efficient and produce more efficacious results for the public.

[1] The Institute is a nonpartisan, nonprofit § 501(c)(3) organization that promotes and protects the First Amendment political rights of speech, press, assembly, and petition. In addition to scholarly and educational work, the Institute is actively involved in targeted litigation against unconstitutional laws at both the state and federal levels. 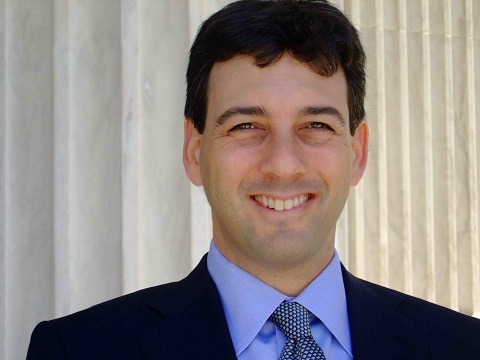