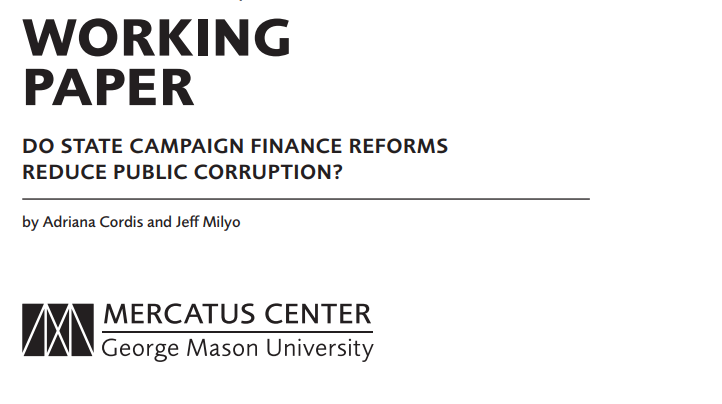 In their draft, Cordis and Milyo assess the effects of state campaign finance reforms on both convictions and filings in cases of public corruption over the past 25 years. Ultimately, the authors found “no strong or convincing evidence that state campaign finance reforms reduce public corruption.” Earlier research from Milyo and fellow CCP Academic Advisor, David Primo, a Professor of Political Science and Business Administration at the University of Rochester, also found that state campaign finance reforms fail to increase public trust and confidence in government in any meaningful way. Taken together, this research further calls into question both the claims of “clean elections” proponents and the likely long-term effects of the implementation of a statewide taxpayer financed campaign program in this state.

You can find the working paper here.

Do Campaign Donations Alter How a Politician Votes? Or, Do Donors Support Candidtes Who Value the Same Things that they Do?

Do special interest campaign contributions significantly alter how politicians vote on legislative issues? Can these political action committee (PAC) contributions ‘‘buy’’ votes within the Congress? Despite ...