Free Speech Under Fire: The Future of the First Amendment 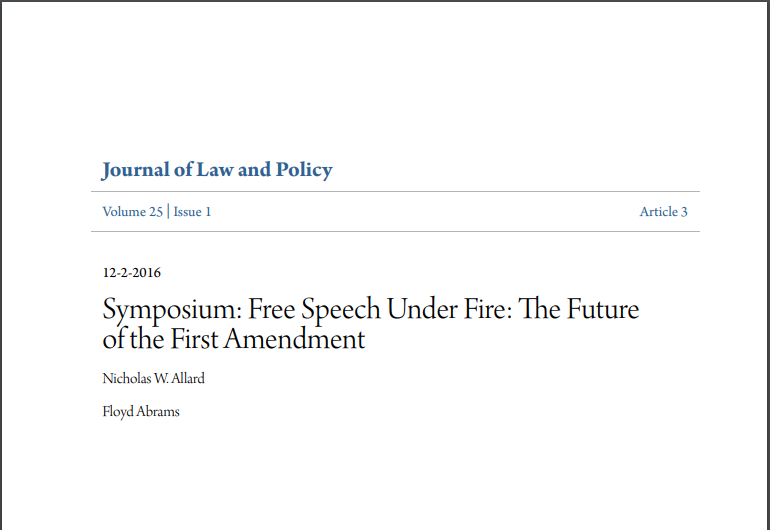 In a set of remarks preceded by Brooklyn Law School President and Joseph Crea Dean Nicholas W. Allard, famed First Amendment lawyer Floyd Abrams muses on the recent and founding history of First Amendment law. Abrams is a longtime partner at Cahill Gordon & Reindel and was counsel on well-known First Amendment cases like the Pentagon Papers case in 1971 and Citizens United in 2010.

Originally delivered as the keynote address at a symposium on “Free Speech Under Fire” at Brooklyn Law School, Abrams’ commentary recalls the First Amendment jurisprudence of the recently deceased Justice Antonin Scalia and discusses the original debate about including a Bill of Rights in the U.S. Constitution.

The most controversial Supreme Court decision of the 2009– 2010 Supreme Court Term was, without question, Citizens United v. FEC.1 The decision has captured the public ...