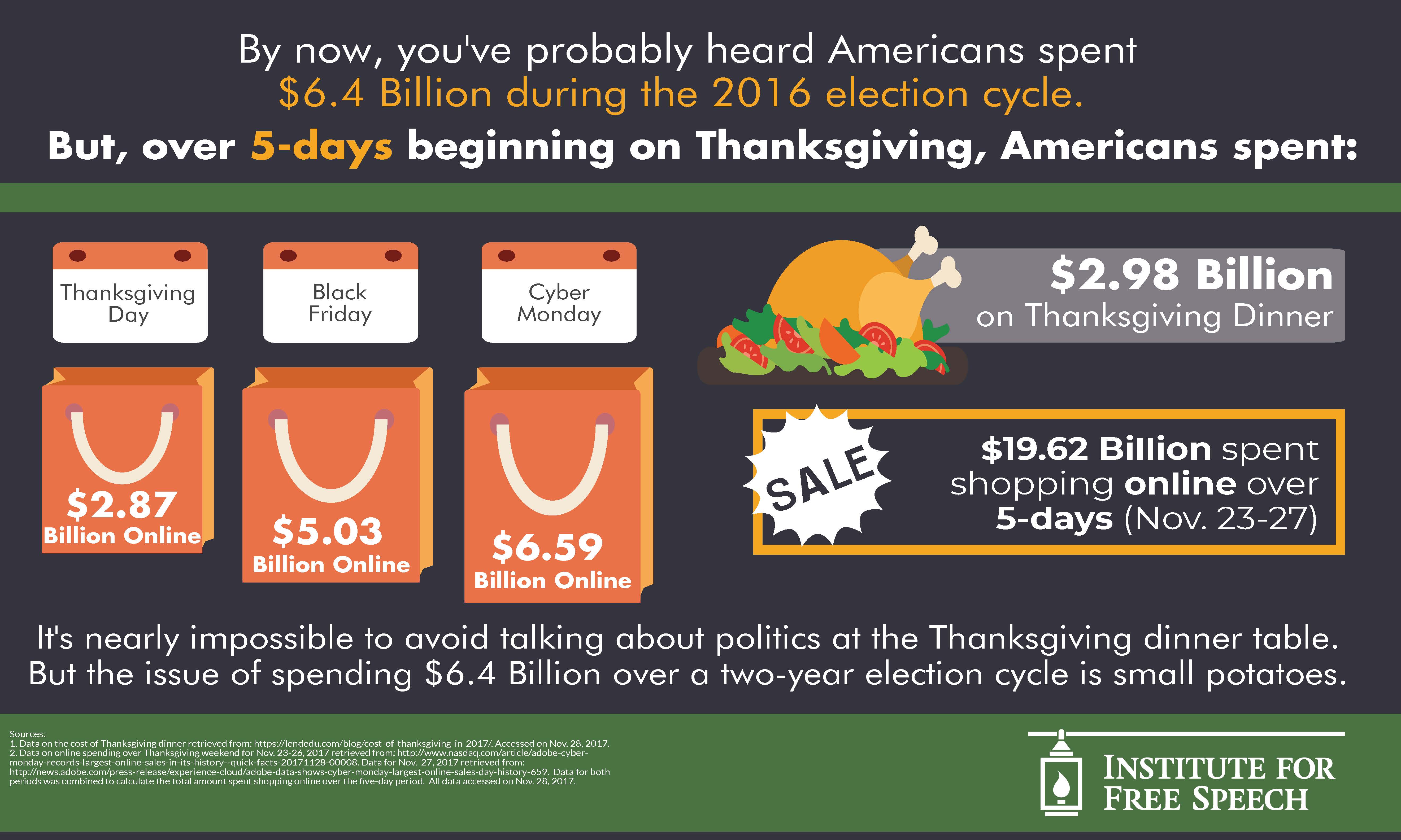 Over Thanksgiving, one of your relatives may have mentioned the amount of money ($6.4 Billion) spent in the 2016 election cycle, asserting that there is “too much money in politics.” Many advocates for greater government regulation of political speech would say the same. But, compared to what Americans spent over 5-days beginning on Thanksgiving, $6.4 Billion over a two-year period doesn’t seem like so much.

PDF available here Not every group that spends money on campaigns or candidate-related speech is a political committee. If that were so, only politicians, ...