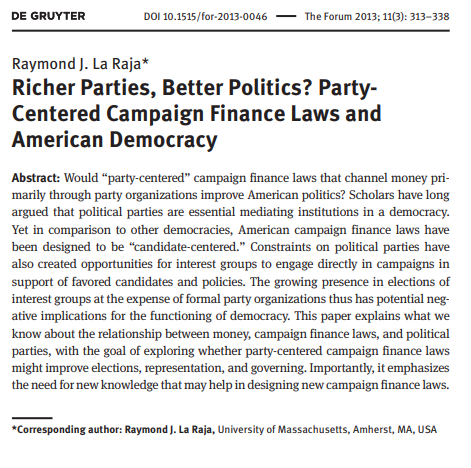 Campaign finance laws effect how money is channeled through organizations to influence elections. In contrast to most other democracies, American campaign finance laws have been designed to be “candidate-centered” with relatively weak political parties. Additionally, recent trends have seen independent forms of speech such as political action committees (PACs) and Super PACs become much more prominent. At the same time, the power of the formal political parties has appeared to decline. Citizens United allowed unlimited spending on independent political speech; however, limits on overall contributions to parties and candidates remain. This has created new concerns about the balance of influence between formal entities like political parties and informal entities like PACs and Super PACs.