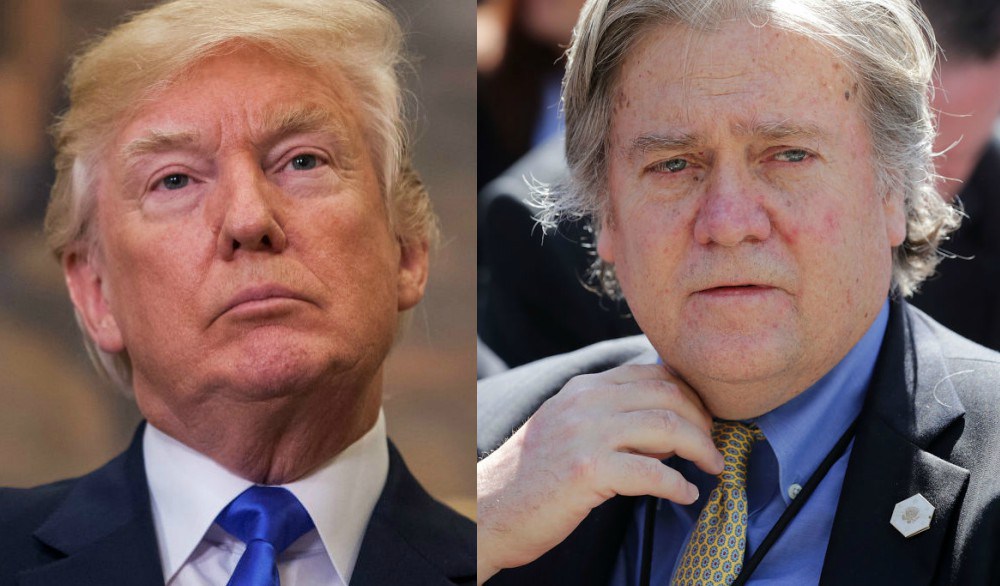 The Twitter handle @alt_fec, which claims the mantle of “resistance” to the present administration, has tweeted to request our views on the First Amendment implications of a letter from a private attorney to a private publisher concerning Fire and Fury: Inside the Trump White House.* While @alt_fec has seldom displayed much concern for the First Amendment, except as regards its own anonymity, we at the Institute for Free Speech appreciate the invitation.

The author behind @alt_fec suggests that this is our “chance to denounce the President’s attempted prior restraint of a book – just about the worst [First Amendment] violation there is.”[1]

Third, there is no First Amendment violation when a private party sends such a letter. The First Amendment prohibits action by the government, not private individuals.[4]

That said, there are First Amendment concerns where a state court (which is a government actor) allows a libel suit to go forward.[5] After all, such lawsuits can chill protected speech.[6] That is why the Supreme Court, in N.Y. Times Co. v. Sullivan, set a high bar for libel suits by public figures, which Mr. Trump (both the man and the President) certainly is. To prevail, he will have to show that any falsehoods were printed with “actual malice.”[7]

That is the only First Amendment question presented here, and the Institute for Free Speech steadfastly supports the application of the Sullivan standard. We are in no position to judge whether Mr. Trump could meet that high burden in this case. Nor, we might add, is @alt_fec, since the book is not yet published.

All of this is, frankly, very basic. None of it will be new to someone employed by the FEC.

Such errors are among the reasons why @alt_fec has little credibility on First Amendment matters, and why we do not intend to respond to future attempts to bait us with patently ill-informed, partisan broadsides. But this particular tweet provides a teachable moment which, as a nonpartisan organization dedicated to a robust (and accurate) view of the First Amendment, we couldn’t let pass.

* At the time of publication, Fire and Fury: Inside the Trump White House was not yet published.

[1] He or she also invites us to “[s]peak up now, or show []ourselves to be nothing but partisan hacks.” This is, presumably, what passes for “witty repartee” in some corners of the Commission.

[2] See, e.g., Alexander v. United States, 509 U.S. 544, 550 (1993) (“The term ‘prior restraint’ is used ‘to describe administrative and judicial orders forbidding certain communications when issued in advance of the time that such communications are to occur.’”) (italics in original).

[5] N.Y. Times Co. v. Sullivan, 376 U.S. 254, 265 (1964) (“Although this is a civil lawsuit between private parties, the Alabama courts have applied a state rule of law which petitioners claim to impose invalid restrictions on their constitutional freedoms of speech and press. It matters not that the law has been applied in a civil action and that it is common law only, though supplemented by statute. The test is not the form in which state power has been applied but, whatever the form, whether such power has in fact been exercised.”) (citation omitted).

[6] Id. at 279 (“A rule compelling the critic of official conduct to guarantee the truth of all his factual assertions—and to do so on pain of libel judgments virtually unlimited in amount—leads to [] ‘self-censorship.’”).

[7] Id. at 279-80 (“The constitutional guarantees require, we think, a federal rule that prohibits a public official from recovering damages for a defamatory falsehood relating to his official conduct unless he proves that the statement was made with ‘actual malice’ – that is, with knowledge that it was false or with reckless disregard of whether it was false or not.”).

The Story of Stupid Campaign Finance Laws: A Tale of Sanders’ Donors

On February 11, the Federal Election Commission (FEC) sent a “preliminary review” to Bernie Sanders’ campaign detailing the many ways the campaign had failed ...