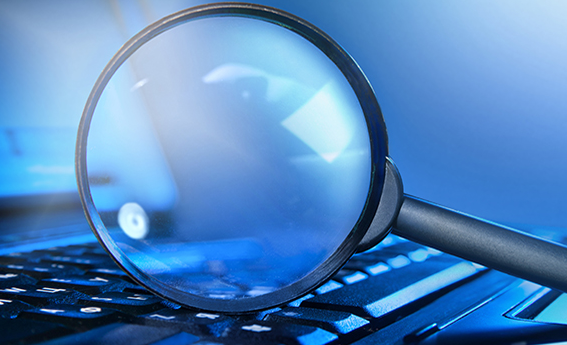 At its core, the debate about political disclosure is actually pretty simple. The information provided about donors to the government has the benefit of allowing citizens to keep track of the flow of money to candidates, and through that information, corruption may be exposed. The cost of disclosure is that the personal information (names, home addresses, occupations, and employers) of Americans is posted online for eternity alongside citizens’ political affiliations. This creates the potential for a host of problems.

CCP regularly argues that disclosure is too broad, capturing donors to groups that are not political at all, and therefore, exposing donors to unnecessary harms without doing anything to stop corruption.

But disclosure is also too deep. The threshold for disclosed federal spending starts at just a penny over $200, and because of the onerous, labyrinthine reporting requirements mandated by law and FEC regulations, campaigns sometimes disclose even more information than is required. It is difficult to argue that publicly posting the name, home address, occupation, and employer of a $200 donor serves much of an anti-corruption purpose. When this law was passed in the 70s, it was equally difficult to imagine that publishing such information on microfiche that was “publicly accessible” solely from a room at FEC headquarters in Washington D.C. harmed the donor significantly.

In the internet age, the situation has changed.

Recent efforts by HuffPost to crowdsource “fact-checking” of the Trump inaugural committee’s disclosure filing (part of the outlet’s so-called Citizen Sleuth Project) epitomize this change. HuffPost took the publicly reported information about donors to Trump’s inauguration and posted it in a searchable Google doc, tracking donations as small as $50 (which, not coincidentally, was the price of a ticket to the inaugural ball). They then encouraged their readers to “help us dig” through the records and “create a trove of detailed information” about the donors’ lives.

Below are some examples of what the volunteer internet snoops have found. As you read each one, consider whether the potential harms of publicizing this information outweigh the anti-corruption interest of publicly knowing that citizen X bought a few tickets to the inaugural ball.

Caveat: This is not an argument against disclosure, ipso facto. It is reasonable and obvious that making publicly available information about a business or individual who gave $1,000,000 to the inauguration committee serves an anti-corruption interest. Rather, we are merely suggesting that in the internet age, the disclosure calculus has changed. The harms posed by disclosure at this granular level now outweigh any potential benefit.

So as not to invade the private lives of these donors further, we’ve omitted the last name of nearly all Trump inaugural committee donors below. To be clear, the full name is required in federal disclosure rules and listed in the #CitizenSleuth Google doc.

Potential for Intimidation and Harassment

The most serious disclosure harm is harassment and intimidation of donors for their political beliefs. This threat is amplified by internet disclosure. Someone “dug up” the phone number of Pittsburgh-area attorney Michael K., who donated $200 to the Trump inaugural committee. Now anyone with a bone to pick and an internet connection can reach Mr. K., demanding to know how a Harvard-educated attorney (another fact revealed by HuffPost) could support Trump.

But the information posted that could lead to potential harassment gets more extreme. The cost of donating $400 for Victoria B. was to have the record of the donation linked directly to her Twitter account and her Facebook profile (along with a note about how many friends she has). The Citizen Sleuths didn’t stop there. They listed her home phone number and her cell phone, her mother’s name and address as well as when her mother sold her home. The Sleuths also identified her employer (which happens to be a government agency) with a link to her staff page and work contact information.

If one wanted to “teach a Trump supporter a lesson,” this level of disclosure has become a one-stop shop for a potential harasser. It is unequivocally a disproportionate amount of information for a $400 contribution.

Even beyond the risks of harassment, however, such disclosure leads to a basic invasion of privacy, by connecting one’s possible political beliefs to simply irrelevant, but potentially embarrassing or personal information.

Kenneth C.’s donation is listed alongside his association with a variety of community organizations. He is a board member of the International Community Council, the Irish American Archives Society, St. Ignatius High School, the Cleveland Civil War Roundtable, and the International Children’s Games. Mr. C. can reasonably expect that these organizations don’t need to know about his political involvement, and they, in turn, likely don’t want to be associated with it.

Likewise, contributing to a political cause should not mean the public display of your speeding tickets, as is the case with Lauren R., whose February 14th ticket in Ashburn, VA is listed right alongside her donation, along with her phone number and e-mail address.

Basma A. is a Syrian-American and the owner of a Cincinnati-area Syrian catering company, where she employs a former Syrian refugee, Ibtissam M., as head chef. She is also a donor to the Trump inaugural committee. All of this information is available, in one little box, courtesy of HuffPost’s so-called Citizen Sleuths.

Given the President’s strongly stated position against such refugees (including allusions to refugees as criminals), the association of these two facts – instigated by public disclosure – seems doubly harmful. Even if you believe Ms. A. should have to be held publicly accountable for her donation, certainly Ms. M. and the catering company should be able to exist without being associated with President Trump. Yet they cannot, because of the ease with which one piece of information is tied to another in cyberspace. There is also no legitimate reason to publicly identify a Syrian refugee and her sponsor to other Trump supporters. Reporting requirements are not meant to create policy profiles of every donor, where supporters can check in to make sure everyone has the “right” set of views.

The incredible detail required to report and maintain disclosure data on such a fine level inevitably leads to errors. But by requiring disclosure at such a low threshold, reporting on those errors gives the false impression of fraud, or deliberate bad dealings. We’ve seen this type of bad reporting on FEC review letters to candidates before (where the FEC details the many minute errors a candidate made in his filings), but by outsourcing this fact-checking to internet volunteers, the problem is exacerbated.

David W.’s $1,000 contribution was flagged for having the wrong ZIP Code. The ZIP Code listed was 20185, when it should have been 20815. Philip B.’s $1,500 contribution lists the wrong state (the fictional Chappaqua, New Hampshire instead of the real Chappaqua, New York). On their own, these are clearly meaningless typos, but compile all the errors together, find one or two instances of genuine deception, and reporters will make assertions like this (courtesy of The Intercept): “The list of donors to the 58th Presidential Inaugural Committee is rife with apparently fictitious names and other attempts to conceal the identity of the donor.”

Crowdsourcing Leads to False Information, which Leads to Bad Data

Ora Wright of Ypsilanti, Michigan gave $150 in three donations to the inaugural committee. One of those $50 donations is now disclosed with a note, saying “looks like Ora Mae Wright died in 2006.” That would likely come as quite a surprise to Ms. Wright, who is quoted in an August 30, 2016 story as a strong Trump supporter. Similarly, Peter Gigante’s four $50 donations are tagged as “appearing to be a joke name – Dick Jokes.” I’m sure Mr. Gigante, who is a real Trump supporter, has heard all of the jokes before.

Once again, these mistaken conclusions on their own are relatively harmless. But taken together, they weave a narrative that Trump donors are trying to hide behind false records and pseudonyms to attempt to evade public disclosure. And in this case, that narrative was invented by bad reporting from internet volunteers, enabled by an overabundance of mandatorily disclosed information.

Perhaps the strangest fact about the current state of government reporting requirements is that reporters, those who support disclosure more than anyone else, feel the need to crowdsource this information to the internet mobs. They do so precisely because there is too much information – so much information, in fact, that the supposed benefits from these disclosure rules, namely the detection of corruption, can easily get lost in the maze.

With reporting requirements for contributions being so extensive and the threshold for reporting a donation so low, it has the dual effect of enhancing the harms I’ve outlined (and others), and limiting the benefits that disclosure advocates hope for.

This leaves the door open for a policy solution – higher thresholds, simpler, less invasive reporting requirements, and better data about who is really funding campaigns. If such action were taken, instead of starting #CitizenSleuth social media campaigns, reporters could actually do the sleuthing themselves.

How big a problem is “dark money”? What about corporate spending in politics? Why doesn’t the FEC take a stronger stand against political activities ...