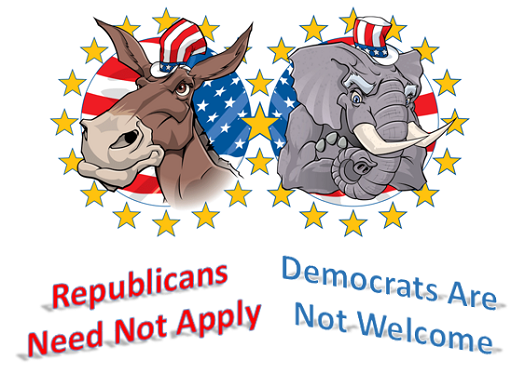 A consistent refrain from defenders of free speech is that the remedy for speech you dislike is more speech, not less. This logic was turned on its head in an article in Barron’s recently.

The author, Thomas G. Donlan, spends most of the article highlighting very effectively the “tangled web” of campaign finance laws and regulations that create an increasingly confusing system for all but the sharpest legal minds. He also correctly explains that the obsession with overturning Citizens United v. FEC has become a “political shibboleth” for those opposed to robust First Amendment protections.

It’s the end of Donlan’s piece that takes an unfortunate turn:

“Many Republicans are arguing that forcing nonprofits to disclose their donors is intended to make them easy targets for opponents who want to harass and intimidate the donors.

The First Amendment quite properly says nothing about protection against harassment. The constitutional cure for speech is always more speech. If one set of politicians say nasty things against another set, that’s the political process. The voters can decide.”

The issue at hand is most certainly not politicians saying “nasty things” about each other. It is ordinary citizens being dragged into the fray simply for supporting the candidates and causes for which they are passionate.

Disclosure rules are by and large aimed at donors – federal law says that those who give over $200 to a candidate, party, or PAC must have their name, home address, and employment information publicly reported. Those who give to independent expenditure-only groups (so-called super PACs) have the same information disclosed. It is solely 501(c) nonprofits, which are forbidden by law from having political activity as their primary purpose, that are not required to disclose all of their donors, since a donor who gives to a charity is likely to do so without approving or being aware of the group’s minor political activities. Critics misleadingly call such private giving “dark money” and want to expose that donor information to the public as well.

Why does this matter? The fear is that, given the penchant for those in power to harass their opponents (see: NAACP v. Alabama, Watergate, the IRS scandal, etc.), ordinary citizens could face similar wrath. Even private citizens, eager to create trouble for their neighbors who hold differing beliefs, can simply look up a specific ZIP Code online and find out the political affiliations of those living within it.

Donlan sees no problem here, and asserts – without further explanation – “outlawing anonymous political speech” is “a practical question.” Even harassing people is free speech in his view, and to deny information allowing that “speech” to thrive is a “dangerous idea.”

In reality, donor disclosure does not merely allow activists to call out a group’s supporters individually, it allows them to promote boycotts of those supporters’ businesses, make threatening phone calls to their families, or even follow their kids home from school. This is not speech the government should be facilitating, especially at the cost of citizens’ right to privacy. Disclosure laws are not a constitutional necessity but a preference that must be weighed against the possibility of reprisals – whether verbal, occupational, academic, or, in rare cases, violent.

To make his point, Donlan quotes Harry S. Truman: “If you can’t stand the heat, stay out of the kitchen.” Maybe that sentiment rings true for professional politicians. Some may also have little sympathy to muster for wealthy private donors, like Charles and David Koch, George Soros, Tom Steyer, or Michael Bloomberg, who, at least in the Kochs’ case, have been publicly denounced by elected officials for their advocacy efforts.

But this is a cavalier attitude to possess about individuals who face retaliation from, say, their boss or colleagues, because of a $250 donation to Bernie Sanders or Ted Cruz. Such a consequence will only discourage Americans from getting involved in politics. No one should have to “stay out of the kitchen” for fear of harassment.

A question for Mr. Donlan: if there is no reasonable expectation of anonymous political speech, why stop at donations? We could disclose everyone who volunteers for a candidate or cause; attends a protest, meeting, or event; buys political bumper stickers, yard signs, or other merchandise; comments on the internet; or calls into a radio station. Oh, and we might as well do away with the secret ballot too. After all, what would make the political system more transparent than a complete, open record of all Americans’ political activities?

This is the logic at play here – harassment is not only acceptable, but a necessary consequence of the increasingly insatiable desire for full knowledge of citizens’ political preferences. We at the Center disagree. Democracy and free speech are for everyone – not simply those who can withstand abuse.

Since Citizens United, the landscape of campaign finance law has often been described as a “wild west” where politicians, donors, and interest groups can ...

On Wednesday morning, the Brookings Institution hosted an event to examine the relationship between corporations and democracy throughout American history. However, the role of ...