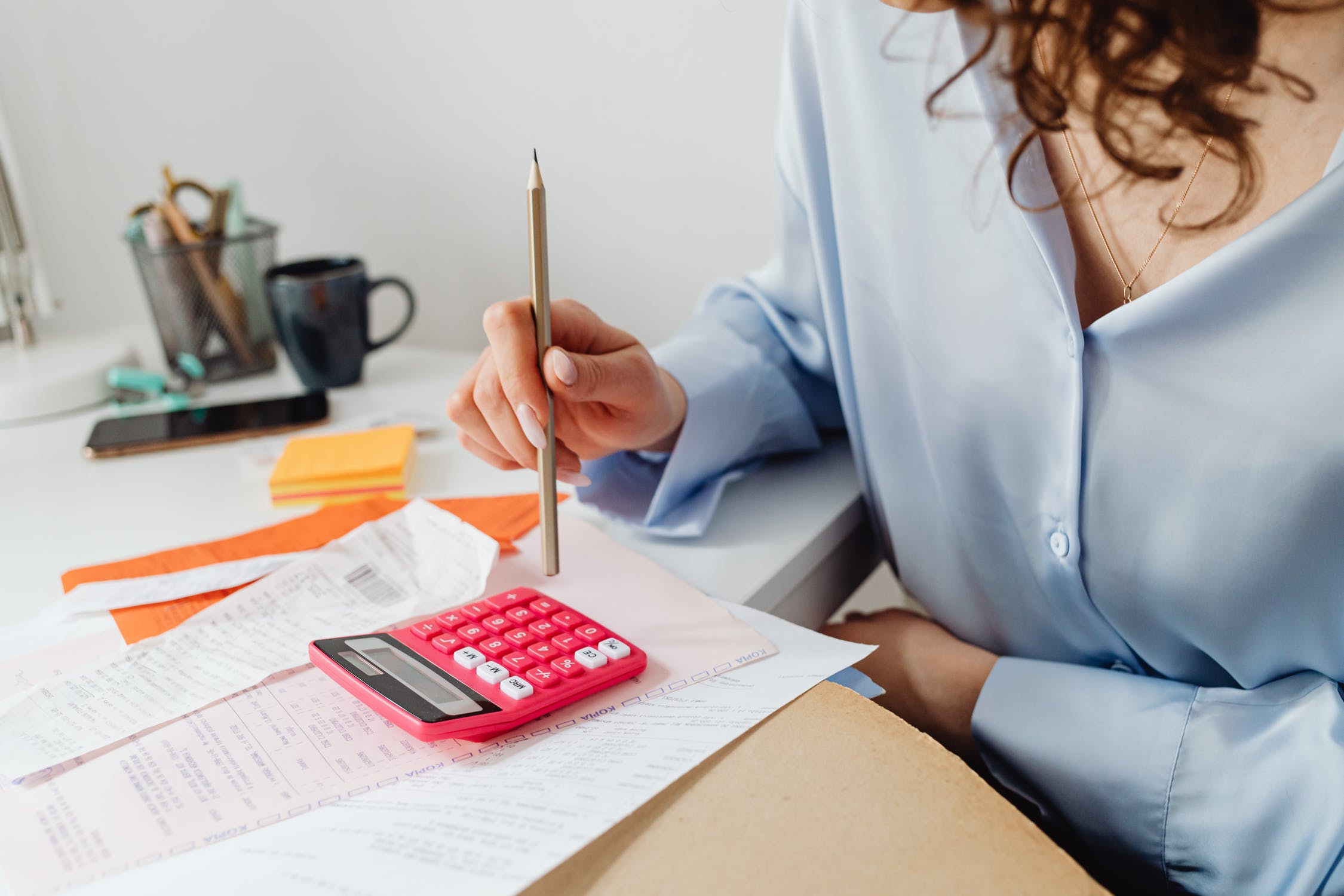 If you’re faced with a meritless lawsuit alleging defamation, what can you expect to pay in legal fees?

The short answer is: it depends. We estimate that it would cost between $21,000 and $55,000 to defeat a typical meritless defamation lawsuit in court, with the median at about $39,000. But the cost of a legal defense can easily soar into the six figures, and we’ve seen legal bills run in the millions of dollars.

Many different factors affect the cost. How complicated is the lawsuit? Is it obviously frivolous? Is the judge appropriately skeptical of the plaintiff’s allegations? How good, and how expensive, are your attorneys?

We base this estimate on a 2012 study by the National Center for State Courts (NCSC) titled “Estimating the Cost of Civil Litigation.” The study provides valuable insights that allow us to suggest reasonable estimates. Here’s how the NCSC described its model:

To obtain reliable estimates of litigation costs, the NCSC has developed an alternative method of cost estimation: the Civil Litigation Cost Model (CLCM). The NCSC model relies on the amount of time expended by attorneys in various litigation tasks in a variety of civil cases filed in state courts. This event-based approach to estimating litigation costs is an adaptation of the methods employed by the NCSC for court workload studies. Because these tasks take place sequentially in civil litigation, the use of this approach permits the NCSC to estimate litigation costs for cases that resolve at different stages in the litigation.

The NCSC study examined “the time expended by attorneys to resolve a ‘typical’ automobile tort, premises liability, professional malpractice, breach of contract, employment dispute, and real property dispute. The NCSC then uses the hourly billing rates reported by attorneys for each of these types of cases to estimate litigation costs associated with each type of case.” NCSC based its estimates on a survey of members of the American Board of Trial Advocates. The survey compiled responses from 312 attorneys in 43 states who submitted full or partial responses to the survey.

The NCSC study breaks down the litigation costs by stages of the litigation. It examines case initiation, discovery, settlement, pre-trial, trial, and post-disposition.

A meritless SLAPP would normally not go to trial but instead eventually end through a motion to dismiss or withdrawal of the lawsuit by the plaintiff. To assess the potential costs to a typical defendant, we exclude trial and post-disposition costs in the civil litigation examined in the NCSC study. We also assumed the SLAPP is filed in a state without a good anti-SLAPP law.

The median billable costs for attorney’s fees, excluding trial and post-disposition costs, were as follows for these cases examined by the NCSC study (the numbers in parentheses adjust the 2012 dollars in the study to account for inflation since then):

Keep in mind that the $39,000 is the median for only the five types of civil litigation we examined. For cases at the 75th percentile of costs, the inflation-adjusted average rises to $92,673. Cases at the 25th percentile cost $15,181. Some relatively simple meritless defamation cases can easily cost over $100,000 before getting dismissed in states without anti-SLAPP laws.

Hourly billable rates for attorneys in defamation lawsuits likely fall towards the higher end of this range because these cases are less common and often defendants choose to hire an attorney with experience defending against such claims. If you’re targeted by a defamation lawsuit, most likely you’d be better represented by a lawyer with experience in such cases. It’s reasonable to expect that such lawyers will have higher billable rates than those who don’t normally handle defamation cases. While you can expect that a lawyer with this expertise will be more efficient, keep in mind that a plaintiff’s goal isn’t to win but to punish you for speaking. Therefore, there’s a strong chance the plaintiff’s attorney will file burdensome discovery requests and make multiple motions to the court simply to drive up costs for your defense.

We can check if these estimates are in the ballpark by examining attorney fee awards in states that have anti-SLAPP laws. Keep in mind that winning an anti-SLAPP motion normally requires far less work than defending against a defamation claim in a state without an anti-SLAPP law. That’s because when an anti-SLAPP motion is filed, the court will normally quickly rule on the motion without allowing for extensive discovery or other costly motions by the plaintiff.

California is one state with a strong anti-SLAPP law and several recent attorney fee awards after successful anti-SLAPP motions. According to this news report, former U.S. Rep. Katie Hill sued several defendants “alleging nude photos of her were published without her permission.” The article reports that “Los Angeles Superior Court Judge Yolanda Orozco ruled on April 21 that Salem Media, owner of the conservative blog RedState.com, had shown that the photos were matters of legitimate interest involving a public official because they addressed Hill’s character and qualifications for her position.”

The article reported the judge ordered Hill to pay Salem Media $54,470, the Daily Mail “more than $100,000,” and “RedState.com Managing Editor Jennifer Van Laar … more than $80,000.” Notably, “Hill voluntarily dropped Joseph Messina, the host of ‘The Real Side’ radio show, as a defendant in the case, but the judge still ordered Hill to pay him nearly $30,000 in attorneys’ fees.” In other words, even the defendant with the simplest anti-SLAPP motion still won about $30,000 in fees.

In another case, the Stockton Record newspaper reported, “Three Stockton Unified trustees who sued fellow trustee AngelAnn Flores have been ordered by a court to pay her attorney fees of $19,608.” While that figure may seem relatively low, the newspaper reported that the trustees voluntarily dropped their lawsuit “two days after Flores and her attorney filed an anti-SLAPP motion.” Had the anti-SLAPP motion been litigated to a conclusion, the fees almost certainly would have been considerably higher.

But winning anti-SLAPP motions can also be expensive. For example, a federal judge ordered the owner of One America News network to pay over $250,000 in attorney’s fees and costs after MSNBC’s Rachel Maddow won her anti-SLAPP motion. In the ruling, the judge granted fees for about 350 hours billed by two paralegals and five attorneys with court-approved hourly rates ranging from $470 to $1,050 per hour. The total came to $247,667.50 in fees and costs of nearly $11,000.

In early 2022, NBC Universal filed a request for over $2 million in fees and costs after winning an anti-SLAPP motion in the litigation filed by SmileDirectClub against the media company.

A sentence in a ruling in a lawsuit where CoreCivic Inc., a private prison firm, lost an anti-SLAPP motion to Candide Group LLC, a company that advocates socially responsible investment, provides more insight. The judge issued an order granting attorney’s fees and wrote, “Other courts have determined a reasonable time expenditure for an anti-SLAPP motion to be between 40 and 75 hours.” That’s considerably less time than another federal judge found reasonable in the Maddow case.

If the judge is right about the reasonable time expenditure, then at $375 per hour, winning an anti-SLAPP motion would cost between $15,000 and $28,125. At $720 per hour, the rate the court awarded for a senior attorney in the Maddow case with “over ten years of legal experience working as a media and entertainment litigator,” the cost would be between $28,800 and $54,000.

These anecdotes, largely from California cases, don’t prove anything, but they do give some assurance that our estimates are probably not too high. The NCSC study is based on a range of cases in a range of states. Its sampling may not be perfect, but it provides the best data available on the typical costs of typical civil litigation cases.

As they say in automobile fuel economy claims, your mileage may vary. Your cost to defend a defamation claim will vary too. One thing is clear: it won’t be cheap.

If you live in a state with an anti-SLAPP law, your risk of facing a SLAPP is far lower. That’s because when a plaintiff loses a SLAPP, you can recoup your attorney’s fees, making it more costly to file lawsuits aimed at censoring speech. Mounting a successful defense will be easier and faster too.

Just a reminder that Cato will be hosting a book forum today for for Prof. John G. Geer's new book, In Defense of ...

It is not enough just to try and protect free speech during an emergency. Rather, it is essential that, in advance of an emergency, ...