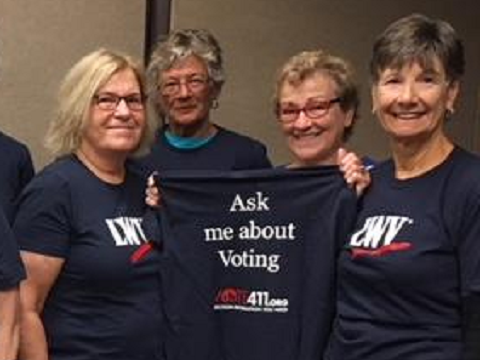 Over the past year, many pundits and media outlets have speculated about the role of money in the 2018 midterm elections. Much of that commentary predicted an avalanche of spending with disastrous effects. But did the rhetoric match the results?

Just as we did following the 2016 election cycle, we’ve examined the spending numbers and drawn several conclusions about political spending in the 2018 midterms. If you’ve been following news coverage over the past year, the results may surprise you.

When the final numbers come in, Tuesday’s midterm will likely have a total price tag above $5 billion. In nominal dollars, this will be the most expensive midterm in history. Not coincidentally, this midterm also saw record-setting levels of voter turnout. More than 110 million voters, about 48% of the voting-eligible population, voted this year – the highest percentage for a midterm since 1966. Political spending and voter engagement are symbiotic forces. More engaged, more passionate citizens are more likely to give to candidates and groups they care about. In turn, more contributions mean more spending on both Get Out the Vote efforts and communications that motivate even more citizens to go to the polls.

Notably, women donors were responsible for much of the spending increase this cycle, accounting for a record high 31% of all contributions to U.S. House candidates. This coincides with increased voter turnout for women, who comprised 52% of the midterm electorate, matching 2010 for the highest-ever proportion.

While fears about so-called “dark money” continue to rise, “dark money” spending itself has declined. The pejorative term “dark money” refers to campaign spending by organizations that aren’t forced to report all of their donors to the FEC, but that are required to publicly report a great deal about their spending information and activities.

So-called “dark money” was just over $139.2 million in 2018 (as of November 8). That will account for somewhere between 2.6% and 2.9% of total campaign spending for the cycle. This is down in both nominal dollars and as a percentage of total spending from the last midterm election in 2014. That year, roughly $178 million, or 4.6% of total spending, was “dark money.” Despite higher spending overall, $40 million fewer dollars were spent by nonprofit groups in 2018. This decline follows a similar drop in “dark money” in the 2016 election cycle.

One of the key reasons Democrats were able to retake the House this year was their ability to compete in many districts with Republican incumbents. For some of the most expensive districts in the country, this was only possible because of super PACs, independent groups that are not constrained by contribution limits. These groups were essential in helping to inform voters about what they saw as the failed record of incumbents.

Nearly all of the top twenty districts[1] for outside spending were particularly expensive media markets, where more spending is needed to reach voters. Seven were in California, four were in the tri-state area around New York City, and seven more were in suburbs of Seattle, Houston, Dallas, Denver, Philadelphia, Miami, and Washington, D.C.

But while super PACs assisted in getting the message out in these races and increasing their competitiveness, the spending could not guarantee victory. In five of these twenty races,[2] the candidate with less support from independent spenders ended up winning.

Nonetheless, super PACs have proven to be an especially effective tool in districts where a dollar of spending doesn’t go as far toward communicating with voters.

A major story leading up to the election was the increase in small donations from previous cycles, mainly due to the power of the internet and the Democratic fundraising service, ActBlue. But candidates who relied primarily on support from small donors were either not involved in competitive races or were not able to translate the small donor support into votes. Among the Senate candidates who received the largest percentage of their contributions from small donors, two are national figures in uncompetitive races (Bernie Sanders and Elizabeth Warren), two lost despite significant small donor support (Beto O’Rourke and Corey Stewart) and one (Elizabeth Warren’s opponent, Geoff Diehl) was clearly fundraising off of his opponent’s national notoriety. A similar story played out in House races.

Small donors are a good indicator of candidates with deeply passionate supporters, often due to a national media platform, but the passion of these supporters is not a reliable predictor of the views of voters.

As we have mentioned many times before, while campaign spending is crucially important to communicate with voters and promote a candidate’s message, it cannot guarantee victory; sometimes voters simply don’t buy the message.

The most high-profile example of this trend this cycle came in Texas, where Democratic Congressman Beto O’Rourke shattered fundraising records, raising $69 million. This total was nearly $30 million more than his opponent, incumbent Republican Ted Cruz. But traditionally-Republican Texas voters didn’t buy the message O’Rourke was selling; Cruz bested O’Rourke on Election Day 51% to 48%. A similar, but less publicized story occurred in New Jersey, where self-funder Bob Hugin raised over $30 million to Senator Bob Menendez’s $11 million. Despite his fundraising success, Hugin was unable to sway the generally blue New Jersey electorate to his cause, losing 54% to 43%.

This is not to say that money is meaningless. It’s true that the candidate with more financial support usually wins. But it is simply not the case, nor has it ever been, that outspending your opponent can “buy” the election.

Campaign spending will never be fully divorced from election results. For partisans, it will always be far easier to blame the “special interests” pouring in big money than to acknowledge that voters, for any number of reasons, preferred the competition’s message. We saw this in 2016, despite Hillary Clinton outspending Donald Trump nearly 2 to 1, and we will likely see it from Republicans this year.

But that is just not how spending works in our campaigns. Yes, spending helps – it enables the political speech that campaigns rely on. But in 2018, as in every election before it, the voters ultimately decide.

[1] This excludes GA-6, which counts two elections (the June 2018 special election and the November 2018 general election), as one.

[2] Some of these races have not officially been called. This count is based on the latest vote totals, as of November 8.

If the government is considering a law that would damage your business, how would you respond? According to a new poll from the Public Affairs ...

Supporters of greater campaign finance regulation often claim that their issue is of paramount importance to voters. Their evidence is often biased polling. For ...