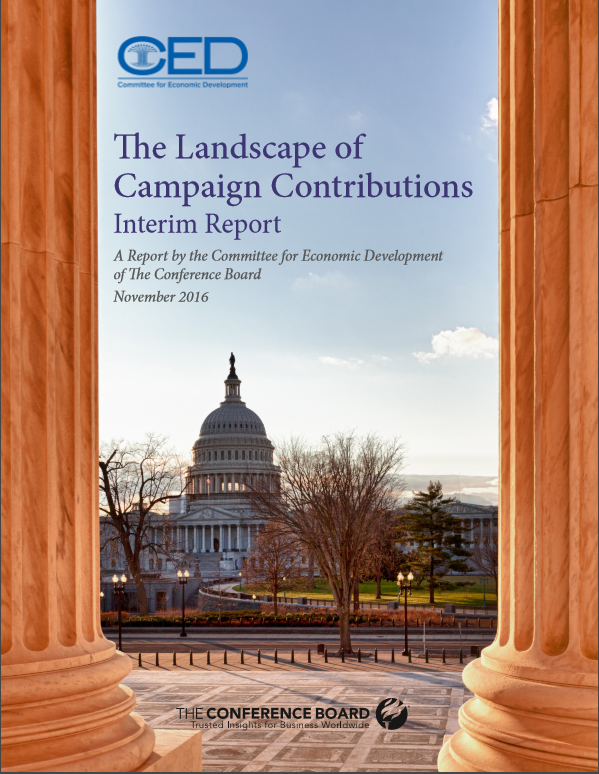 Since Citizens United, the landscape of campaign finance law has often been described as a “wild west” where politicians, donors, and interest groups can do as they please. But a new study from the Committee for Economic Development (CED) dispels this myth. Their findings? The overwhelming majority of funds used to speak about candidates are still subject to contribution limits, disclosure requirements, or both.

A little history: following the Supreme Court’s Citizens United decision in 2010, corporations and labor unions were freed to spend unlimited amounts supporting or opposing candidates. A subsequent D.C. Circuit ruling in SpeechNow.org v. FEC led to the legalization of super PACs – groups that can raise unlimited amounts so long as they do not donate to candidates or coordinate their spending with them.

To study the post-Citizens United landscape, CED splits the campaign finance world in two. On one side are “limited” entities that can only raise a certain amount from each donor – candidates, parties, and PACs. On the other side are “unlimited” entities that are free to raise as much as they can from each contributor – super PACs, trade associations, labor unions, and social welfare organizations.

Based on the data, fears that groups not subject to strict contribution limits would “flood” campaigns and “drown out” candidates and parties have not materialized. CED finds that, actually, it’s the “limited” group that dominates elections. Candidates, parties, and PACs accounted for over 75% of election-related spending in both 2014 and 2016. By contrast, “unlimited” groups were responsible for 24% of spending in 2016, and only 18% in 2014.

CED was also surprised by the source of those “unlimited” funds. Noting that Citizens United “was expected to produce a surge in business spending,” CED reports that “[w]e found little to support this expectation… Only two companies in 2014 and ten in 2016 made independent expenditures, and these companies spent relatively minuscule amounts – a total of less than $70,000 in 2014 and less than $700,000 in 2016.”

Citizens United has allowed Americans to associate and speak more effectively than they could in the past. This freedom has evidently been most useful to individuals, not corporations. CED puts it simply: “The flood of corporate spending predicted at the time the decision was announced is not evident in the financing of the past two elections.”

On the contrary, 90% of all money raised to finance election activity in 2016 came “from voluntary contributions made by individuals.”

The previous point provides important context for another controversial aspect of campaign finance law: disclosure. Current law requires political organizations to publicly report the names, home addresses, occupations, and employers of donors who give over $200. Groups that are not primarily political are not required to disclose their donors (except those who earmark their gifts for political purposes), but can still engage in a limited amount of campaign speech.

Looking at independent spending by groups that do not disclose their donors – sometimes termed “dark money” – CED reaches the same finding as CCP: so-called “dark money” accounts for less than 5% of total election-related spending. (The Center for Responsive Politics would agree with this, too, if they were willing to publish a stat on it.)

CED’s findings join a growing body of research that makes the doom and gloom predictions surrounding Citizens United look embarrassingly off the mark. It is increasingly clear that candidates and parties have not been “drowned out” by “outside” speakers; that super PACs amplify the voices of citizens more than corporations; and that “dark money” constitutes a tiny portion of total political spending.

CED – a critic of political spending and a proponent of expanding disclosure mandates – deserves credit for looking at the evidence in the cold light of day. No matter what your policy preferences, we should all be able to agree on the facts.

Citizens United was a big win for the First Amendment, but political speech and association is still heavily regulated. As the report’s conclusion notes, “even with these changes, the vast majority of the money in federal elections still comes from the limited, disclosed contributions made by individual donors to candidates, parties, and PACs.”

Has the law changed over the years? Of course.

Do we live in a “wild west” where anything goes? Of course not. Let’s hope CED’s findings put an end to that dumb talking point.

Sunlight, Sunburn, and an Earmarking Proposal from Senator Coburn

The $3 trillion annual federal budget contains $460 billion in grants and $340 million in contracts, but there is no simple way for the ...

This has been a great week for coverage of important campaign finance and political issues. Center for Competitive Politics’ researcher Scott Blackburn wrote an ...