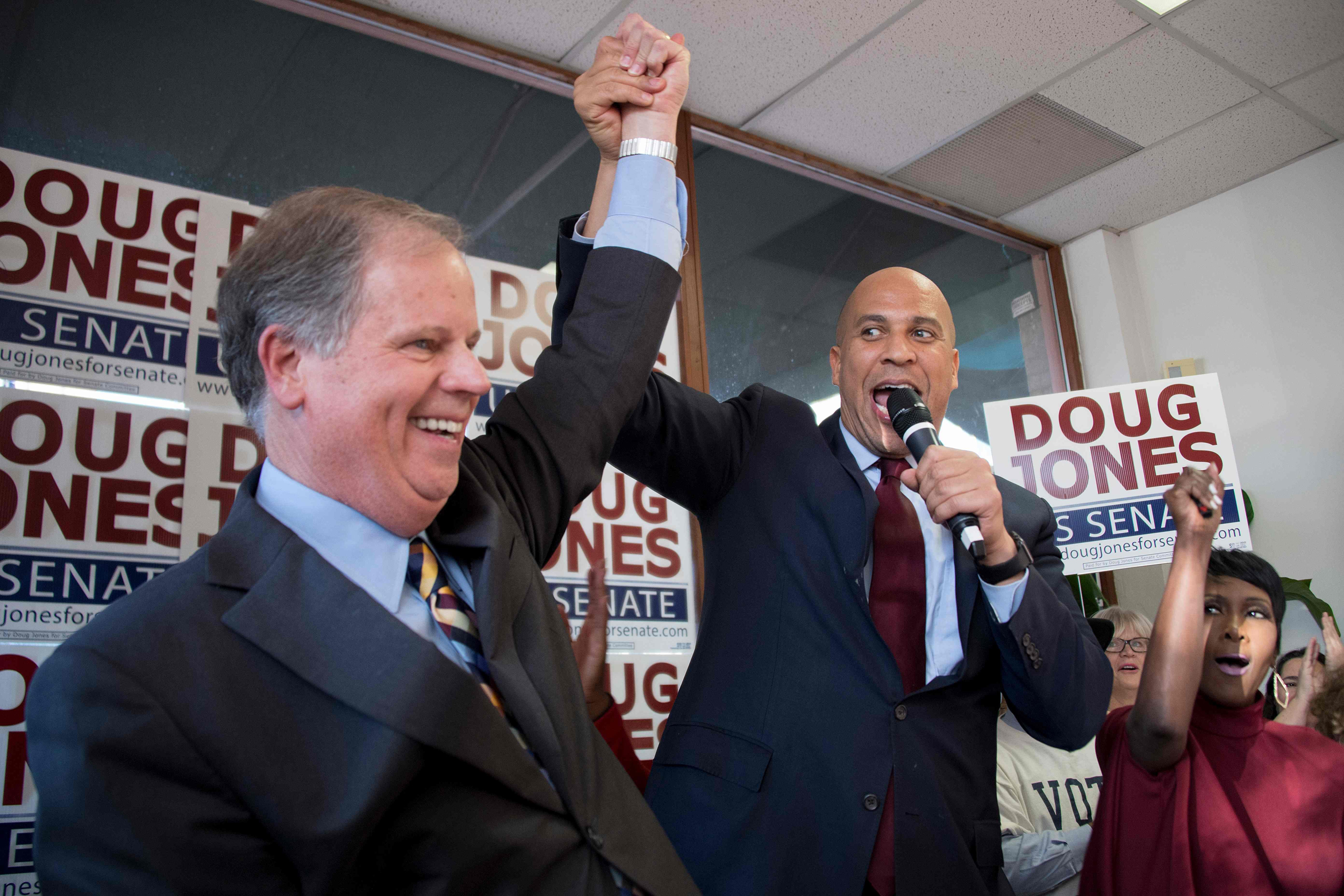 The Alabama special election for U.S. Senate concluded Tuesday with a win for Democrat Doug Jones. Given the deep-red electoral history of the state, the victory was viewed by many as remarkable. There are a few obvious reasons for Jones’s victory. Republican candidate Roy Moore was already a controversial figure – twice removed from the Alabama Supreme Court for refusing to abide by the orders of higher courts – and allegations that he had sexually assaulted underage women threw the race into a tailspin.

Worth noting, however, is that the Jones campaign was able to capitalize on this political opportunity in part thanks to much-needed assistance from outside of the state.

In the final weeks of the race, prominent African American Democrats like New Jersey Senator Cory Booker and Georgia Congressman John Lewis flocked to the state to campaign for Jones (a possible factor in the heavy turnout among black voters that led to Jones’ strong showing). Prior to that, national Democrats had kept their distance from the state to avoid a backlash, given the party’s poor electoral track record in Alabama. But they still provided a crucial resource: money.

It would be a mistake to take for granted that Moore’s candidacy would have imploded on its own. After all, Moore rebounded in the polls after being endorsed by President Trump, the Democratic Party’s brand has been characterized as “toxic” in Alabama, and die-hard Moore supporters seemed determined to vote for him in spite of media reports of sexual misconduct. Without outside help, it’s not guaranteed that the “anemic” state Democratic Party would have had the resources and infrastructure necessary to fully take the fight to Moore. The funding and manpower provided by the Democratic Party and liberal activist groups from across the country were surely determining factors.

Situations like these offer an opportunity to reflect upon the fact that “out-of-state” political spending can be an important – and positive – influence in elections. A U.S. Senate election can send a new representative to Congress to make laws that the rest of the country must follow. That means people around the country have some stake in electoral outcomes – activists, donors, everyday citizens, and political junkies alike have an interest in advancing their values and ideas nationwide. Regardless of where you’re from in the U.S. and what your idea of the “best” government is, there is great unity in being able to participate in the same American project. Participation in politics is one of the great gifts of the First Amendment, and the Constitution does not stop at the border between one state and another.

Many people decry out-of-state political spending as something that’s corrupt – a manifestation of powerful outsiders trying to interfere in local affairs. In reality, it is still voters who decide which candidate takes office – indeed, Jones also raised more money from Alabamians than Moore did. Out-of-state spending is simply a powerful tool for introducing voters to different ideas and advancing arguments.

In the case of Alabama’s special election, out-of-state spending – not to mention independent spending and speech by advocacy groups – was an important tool for leveling the playing field at a time when many Alabamians were open to a political change. If there had been more heavy-handed regulations on political speech, that change might never have occurred.

The idea that politicians are only accountable to those who write the biggest checks has been peddled for years by those trying to justify ...

The Institute for Free Speech urged the Washington State Supreme Court to overturn an unprecedented $18 million fine against the Grocery Manufacturers Association for ...