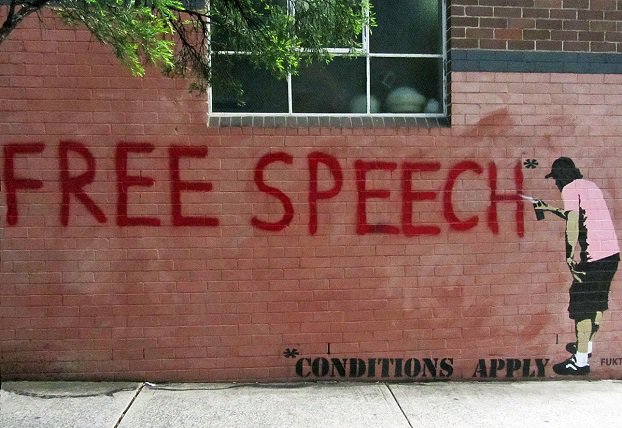 When Ann Ravel resigned from her post at the Federal Election Commission earlier this year, she made it clear that her activism would continue from outside the agency. To that end, she wrote an op-ed last week in the San Francisco Chronicle advocating for a bill in Congress entitled the “No PAC Act” (H.R. 1743). As the name suggests, the Act would  “prohibit a candidate for election to the office o[f] Representative in Congress or Senator from accepting contributions from any political committee other than an authorized committee of the candidate…” This would effectively outlaw the vast majority of PACs.

The crux of Ravel’s argument is that PACs force candidates to spend too much of their time fundraising from “corporate and special-interest groups,” which skews democracy towards the rich and powerful, instead of “the people.” This occurs simply by virtue of the fact that PACs offer a relatively effective method for candidates to garner donations.

There are a couple deeply questionable points in this piece.

First, to Ravel’s main point, her argument that PACs are merely vehicles for “corporate and special-interest groups” is a trope. Funding for PACs comes from voluntary donations by groups of like-minded citizens, all of which is extensively disclosed. To the extent that particular PACs represent various industries, those PACs are generally funded by donations from individuals working in those industries or employees of a particular company that has a PAC, all of whom have a vested interest in supporting candidates who argue for policies that align with the policy goals and needs of their industry, and thus the security of their jobs.

Moreover, it is strange that Ravel is choosing to come out against PACs to begin with. For the last several years, pro-regulation activists have mostly focused their fire on the Citizens United Supreme Court decision. Indeed, Ravel did make it a point to argue in her article that, “[s]ince the U.S. Supreme Court’s decision in Citizens United in 2010, corporate and special-interest influence in the political process has grown. One way that this influence is wielded is through corporate PAC contributions.”

But the Citizens United decision didn’t touch upon traditional PACs at all. They have existed in the U.S. for almost 75 years (formed in response to a federal ban on the ability of labor unions to give directly to candidates) and are subject to contribution limits, plus rigorous reporting and disclosure requirements. If even PACs pose a fundamental problem for American democracy, as Ravel suggests, then her qualms with the American political system run far deeper than Citizens United. This could mean that Ravel’s opposition to the decision, which led to an increase in spending by super PACs and, to a much lesser extent, nonprofit advocacy groups (so-called “dark money”), is just the first step in a long march against political speech rights more generally. Activists like Ravel want contribution limits, disclosure mandates, and government reporting requirements imposed on nonprofit groups, but if these restrictions aren’t enough, where is the stopping point?

A number of our congressional representatives have decried the constant fundraising that’s required of them. And, of course, more money can be raised more easily from the wealthy or from corporate political-action committees than from small-dollar contributors.

Contributing money to politicians benefits corporations and special interests. Not only do the corporate PACs provide significant funding to congressional candidates, but they also provide significant input on policy. For example, Lee Drutman and Steven Teles have written about the time constraints on members of Congress and their staff who “rarely have the time or resources to generate their own policies.” Instead, many rely on corporate lobbyists and D.C. think tanks to draft legislation.

This leaves candidates with a difficult choice: either accept corporate PAC funding, which provides corporate interests a place at the table, or reject the funding, and become dependent on individual donations. [Emphasis added.]

The message in that last sentence is particularly striking: relying on individual donations alone (limited at $2,700 per election) would be debilitating to candidates, resulting in even more time spent fundraising, compared to soliciting PAC contributions (limited at $5,000 per election for multicandidate PACs). That difference in contribution limits is significant, which is why it is easier for candidates to raise money from PACs. The solution should be obvious: rather than cracking down on PACs –  and, in doing so, restricting the First Amendment rights of Americans to pool their resources together – simply lift or substantially increase individual contribution limits.

Raising such limits would allow candidates to yield more from each donation, and therefore spend less time fundraising or focusing on groups that are eligible to donate in higher amounts. That extra time could then be used to travel and meet with voters, develop a policy agenda, or engage in dialogue with rivals. The concept of eliminating contributions entirely is a fairly popular one: 6 states have no limits on individual contributions to state candidates[1] and 5 more states have no limits on political giving of any kind[2] – even from corporations. In fact, 27 states allow corporations to contribute directly to candidate campaigns, a practice that is banned on the federal level.[3]

The only constitutional justification for constraining First Amendment political speech rights with contribution limits is to prevent corruption or the appearance of corruption. Yet, when CCP researched the differences in such limits at the state level, it found that strict limits don’t decrease public corruption or produce “good” government. If Ravel wants to stimulate political giving from individuals and decrease giving by PACs, changing the incentives inherent in our heavily-regulated system is the best strategy.

Unfortunately, the pattern of Ravel’s statements and writings suggest that what she really wants is for citizen groups to face more restrictions and burdens on political participation, with no endpoint in sight. Making individual contributions more attractive – by raising contribution limits and thresholds for publicly disclosing personal donor information – rather than making other options worse does not seem to have even factored into Ravel’s thinking. When the only proposed solution to campaign finance reform is even more regulation, observers are left to conclude that safeguarding free speech is not a priority of self-styled “reformers” like Ravel, but controlling the political process is.

[2] These five states are Alabama, Nebraska, Oregon, Utah, and Virginia.

The 2016 election will conclude next week, but efforts to establish an interpretative narrative of it have already begun. After failing to make their ...

Is the right of potential candidates to consider carefully whether to run for the most powerful political office in the world a "tired cliche?"  ...