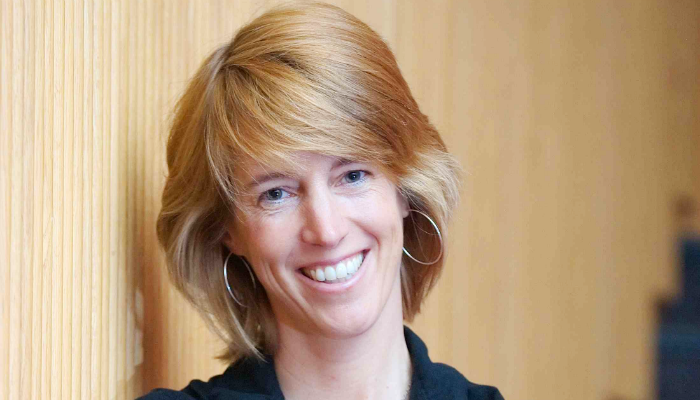 Unsuccessful candidates often blame their loss on an opponent’s spending. Sometimes those complaints are lodged at better-funded candidates, sometimes at the media, and other times at independent groups.

So it is with Zephyr Teachout, whose main takeaway from the 2016 election, apparently, is that people talked about it too much. After losing to Republican John Faso in New York’s 19th congressional district, Teachout wrote an op-ed bemoaning the number of ads run in the race.

“You couldn’t watch ‘Jeopardy!’ without seeing ads,” she complained in the Times Union. “You couldn’t use Pandora without what felt like an infestation of ads. You couldn’t read a local paper online without a forced pop-up, or watch YouTube without having to see an ad.”

While many readers may share Teachout’s exasperation with the onslaught of political ads, she should not. As a candidate herself, Teachout understood the necessity of spending money to promote her message to a wide range of voters. She ran a lot of ads, and she’s perfectly OK with those ads. The problem, in her view, are ads by independent spenders – in other words, people who are not candidates.

“Some of the ads were mine, and some John Faso’s, but the majority of the ads you saw were illegal six years ago, because they were not ads from either Faso or myself, but from SuperPACs,” Teachout continues. “Well, it should stop. These ads are annoying, negative, misleading, not useful, and are corrupting our democracy.”

Calling super PAC ads “annoying” and “negative” is fine for a losing candidate who wants to vent, but Teachout is not venting. She marshals these arguments in support of her goal of having the government overturn Citizens United and ban super PACs, so that is how they must be evaluated. As a justification for government action, these gripes are laughable. Who in their right mind thinks that the government should ban speech simply because it is irritating?

The only compelling reason Teachout offers for preventing these groups from speaking is the possibility that they corrupt democracy by doing so. But do they? For over 40 years, the Supreme Court has rejected arguments that independent spending poses a risk of corruption, and persuading the Court otherwise requires more than a mere assertion. There is no strong evidence that limits on direct contributions to candidates reduce corruption, let alone restrictions on independent spending.

Teachout’s best effort to support her claim that super PACs are corrupting comes when she warns that “[candidates] shape their behavior so that rich people will invest in their district.” This is true so far as it goes, but candidates also shape their behavior to garner positive press coverage, to persuade party leaders to invest in their race, to win the endorsements of prominent advocacy groups, and, most of all, to win the support of voters. To blame Citizens United for the existence of politicking is bizarre. Republican politicians sought the endorsement of “outside groups” like the National Rifle Association for decades before super PACs emerged on the scene. Same too for Democrats with groups such as EMILY’s List or the Sierra Club.

In sum, Teachout’s complaints about super PACs are issues that are not unique to super PACs. Ads for beer and potato chips can be annoying and misleading. Candidate advertising can overwhelm and frustrate voters. Political parties, advocacy groups, and media companies have influenced candidates’ positions on issues for decades, if not centuries, prior to Citizens United. Non-candidate speakers made waves in elections with independent expenditures prior to Citizens United too, from the Willie Horton ad in 1988 to Swift Boat Veterans for Truth in 2004. What’s so different now?

Teachout’s op-ed should serve as a chilling reminder that evergreen complaints about “annoying” political ads can quickly be weaponized to deprive Americans of crucial First Amendment rights. Teachout begins her argument by lamenting the number and ubiquity of political ads (“You couldn’t watch ‘Jeopardy!’ without seeing ads”), but her single-minded focus on super PACs reveals that her goal is not to turn down the volume. More precisely, she wants to eliminate a particular class of speaker – super PACs. In so doing, she would hand total control of speech about elections over to candidates, parties, and the media.

Fortunately, the First Amendment protects everyone’s right to speak about politics, whether they are on the ballot or not. Both voters and candidates have voices, and government can no more silence one than the other. Politicians like Teachout may not like it, but every American gets to speak their peace about candidates and elections. Super PACs are just one means of doing so.

In response to Donald Trump’s victory over Hillary Clinton on Election Day, environmental activist and Democratic donor Tom Steyer has promised to continue to ...

A Persuasive Campaign for Coercion

Jared DeMarinis, of the Maryland State Board of Elections, has referred Governor Bob Ehrlich's campaign to a state prosecutor because Ehrlich employed a common ...