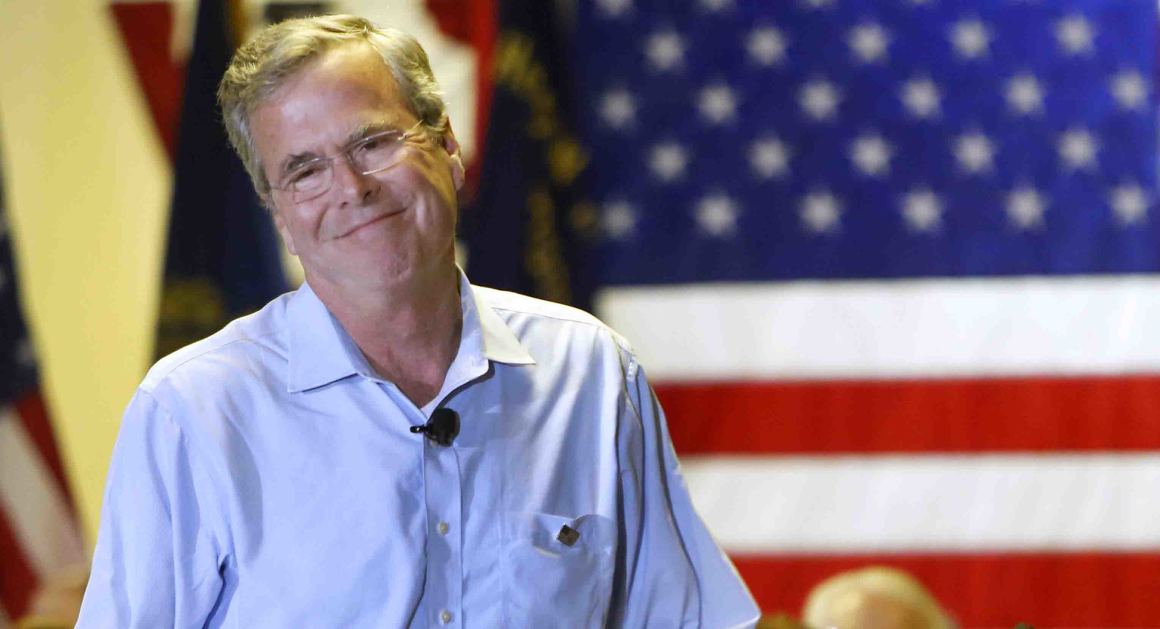 A National Journal article reports that a Super PAC supporting Jeb Bush’s run for president is “blurring the multitude of ‘Jeb!’ stickers and signage in the Miami crowd” in footage shot for one of their ads. Supposedly, this is to “comply with the … [f]ederal election law [which] says that broadcasting written or graphic materials prepared by a campaign amounts to a contribution and, thus, is subject to campaign-contribution limits.”

A second National Journal article published a day later has a headline that reads, “New Rick Perry Super PAC Ad May Amount to an Illegally Large Campaign Donation: The ad features the official Perry logo, and that could violate federal election rules.”

But in 2008, a group asked the FEC whether such ads would violate the law, and the FEC, by a 5-1 vote, sensibly said no, with one reasonable exception.

Here is an excerpt from the advisory opinion given to VoterVoter.com (Advisory Opinion 2008-10):

6a. Does the use of footage of a candidate at a public appearance, in an ad posted on VoterVoter.com, constitute republication of campaign materials?

Later on question 6b, the FEC said:

At campaign rallies or other candidate events, it is customary for banners and signs to be displayed and for attendees to wear campaign buttons, t-shirts, and other campaign apparel. Film footage of such a candidate appearance would not constitute a republication of campaign materials by the creator or the purchaser unless the creator arranged for such materials to be displayed, held up, or worn at the event for the purpose of being shown in the ad.

Super PACs vs. the Smoke-Filled Room

Chris Cillizza illustrates the benefits of Citizens United and SpeechNow.Org in a Washington Post article examining the wide-open state of the Republican presidential field: ...