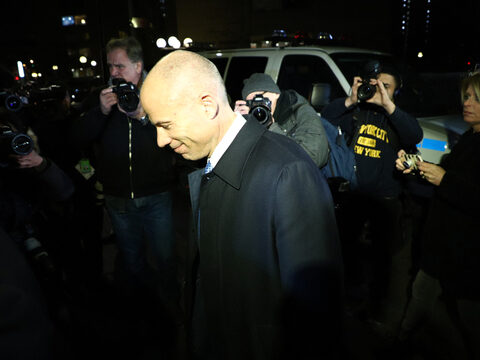 Avenatti likewise fails to plead a “reasonable basis in fact” supporting the claim that Hunt made a defamatory statement. His principal allegation is that Hunt defamed him by saying that Avenatti was “charged” with domestic violence when, in fact, he was “arrested” for domestic violence. Avenatti believes that there is a “marked, material difference” between saying a person was arrested and charged. Yet this argument fails as a matter of law.

Hunt’s statements were substantially true because the average viewer would know that police needed probable cause to arrest Avenatti. (Avenatti does not allege that he was arrested without probable cause.) … And on the day of Avenatti’s arrest, the Los Angeles Police Department issued two public statements: one announcing that Avenatti was arrested “on suspicion of domestic violence,” the other that Avenatti “was booked . . . on a felony domestic violence charge.”

Thus, even under the fraudulent joinder test, it is clear that Hunt was not properly joined, and Judge Bibas therefore properly rejected Avenatti’s thirteenth-hour attempt to destroy diversity jurisdiction. Accordingly, this Court should affirm both Hunt’s dismissal and the denial of Avenatti’s motion for remand.