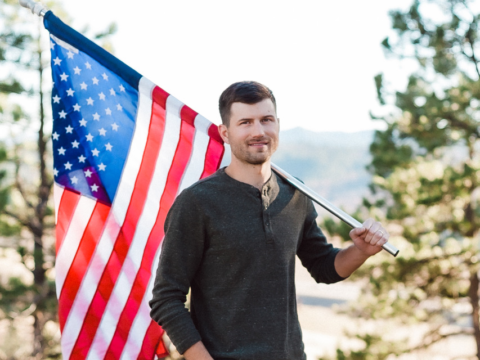 Christmas festivities at the South Dakota Capitol this winter will include two full months of silent nights – and silent days. The state has banned all political demonstrations from the capitol grounds while holiday decorations are up. That means no rallies or protests will be allowed across the entire 200-plus acres of the capitol grounds from November 1 to January 1.

Now, a group of South Dakotans represented by the Institute for Free Speech is challenging the state’s “seasonal prohibition” on demonstrations in federal court. The lawsuit argues that Governor Kristi Noem and several other state officials are violating the group’s First Amendment right to rally outside the capitol at an upcoming session of the legislature.

South Dakota provides a process for citizens to request and receive access to the capitol grounds for political gatherings. The grounds are generally available for events from 7 AM to 9 PM daily. State capitols are among the most common sites for rallies and protests in all of America.

Yet when Blue State Refugees, an unincorporated group of South Dakota citizens, sought a permit to rally outside the capitol in early November, they were turned away. Officials at the Bureau of Administration told them that no political gatherings would be allowed anywhere on the capitol grounds for at least two months while the grounds were decorated for Christmas.

States may impose reasonable restrictions on the time, place, and manner of rallies at the capitol, but a two-month ban on all such gatherings is not reasonable, the lawsuit explains. Blue State Refugees wishes to rally in support of legislation that would prohibit employers, businesses, and educational institutions in South Dakota from requiring employees to get vaccinated against COVID-19. That bill, the “COVID-19 Vaccine Freedom of Conscience Act,” is set to be considered at an upcoming special session of the legislature on November 8 and 9.

“The Legislature is debating this bill now, so we want to show our support for it now. We can’t wait until next year or the fight will be over,” said Luke Robertson, a plaintiff in the case and member of Blue State Refugees.

The plaintiffs are asking the court to issue a temporary restraining order allowing them to hold their November 8-9 rally as planned. They are also asking the judge to declare the state’s seasonal prohibition on political gatherings unconstitutional under the First Amendment. Few places are more appropriate for a political demonstration than the grounds of the state capitol, and few times to rally are more urgent than when the legislature is in session.

Quoting the Supreme Court, the lawsuit notes that “advocating for political change ‘at the site of the State Government’ is the ‘most pristine and classic form’ of exercising the First Amendment freedoms of speech and petition.”

The plaintiffs in the case are Blue State Refugees and members Luke Robertson and Chad Dollick.

To read the complaint, click here. Our press release announcing the case is here. To read the press statement on our clients’ victory allowing their rally to proceed, click here.