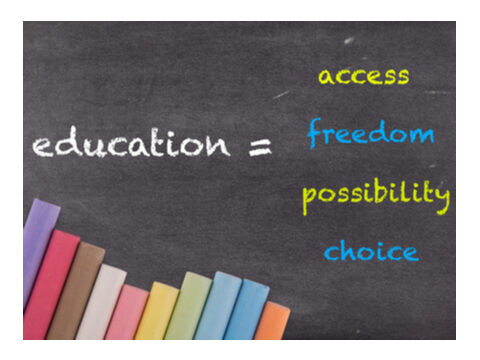 UPDATE #2: On June 14, 2022, the court sided with our clients and granted a Stipulated Consent Decree and Permanent Injunction. Read the court’s order here.

UPDATE: On April 21, 2022, the court sided with our clients and granted the Motion for Preliminary Injunction. Read the court’s order here.

Concerned parents and community members in St. Charles County, Missouri, formed Francis Howell Families (FHF) to advocate for transparency and accountability in their local school board. School board officials, however, had other ideas.

Citing a policy against advertising on school property, the Francis Howell School District banned speakers at board meetings from so much as mentioning the group’s name or website in public comments. Members have been cut off for referencing the group’s online resources and threatened with permanent speaking bans. Meanwhile, other speakers have repeatedly referenced their organizations and causes at meetings without restriction or admonishment.

Three current and former members of Francis Howell Families are suing the district and its officers over their selective enforcement of the advertising ban. They are represented by attorneys from the Institute for Free Speech, a nonpartisan First Amendment advocacy group that defends political speech rights..

The Board often uses public meetings to promote favored organizations and viewpoints, the lawsuit explains. Meetings regularly include screenings of slickly produced videos from the Missouri School Boards Association that promote the organization’s positions on hot-button political issues like charter schools and voucher programs. At a 2020 meeting, the Board took time to thank a political action committee for campaigning to pass a ballot measure securing a bond issue for the district.

The Board also permits favored speakers to reference organizations and advocate for causes without censorship. Members of the local teacher’s union, the Francis Howell Education Association, have repeatedly mentioned the union’s name in public comments and have displayed signs and worn union t-shirts at meetings. At a 2021 meeting, a speaker was allowed to mention a Black Voices Matter rally while praising the Board.

Meanwhile, members of Francis Howell Families have been silenced simply for citing an online source for their claims. At an October 2021 meeting, Saint Peters resident and former FHF member Katie Rash voiced her concerns about graphic sexual content in school libraries and informed audience members that they could view examples at francishowellfamilies.org. At the same meeting, FHF President Ken Gontarz mentioned a 17-page letter providing evidence for a concerned parent’s claim that two district courses injected political ideology influenced by

critical race theory into the classroom , which the Board had publicly denied. He told audience members they could read the letter on his organization’s website. These basic efforts to inform the public were met with censorship and threats.

A few days after the meeting, Francis Howell School Board President Mary Lange warned Rash and Gontarz that future references to Francis Howell Families would not be allowed. Speakers who mentioned the group or its website, she wrote in an email, “will immediately be stopped and will forfeit the remainder of their time. They may also be prohibited from future opportunities to speak.”

On November 18, Lange followed through on her threat when another speaker, FHF Executive Board member Chris Brooks, mentioned Francis Howell Families while criticizing the board’s restrictions on speech at public meetings. Lange immediately interrupted Brooks and terminated his comment. Brooks, Gontarz, and Rash are now suing the Francis Howell School District, Lange, and other district officers for violating their First Amendment rights.

“The Board’s selective enforcement of its ‘advertising’ prohibition, allowing some websites to be mentioned, but immediately terminating political speech that mentions websites organized to oppose the board members and their policies, is blatant unlawful viewpoint discrimination,” the lawsuit explains. “Instead of cherry-picking which sources of information are acceptable based upon subjective notions of what constitutes advertising, Defendants should uphold their commitment to democratic ideals, including the First Amendment rights to speech and petition at school board meetings.”

“This lawsuit is not about a particular political issue or grievance. It is about the right of every American to address their elected officials in a public forum and be heard,” said Chris Brooks. “From parents referencing a website to teachers protesting working conditions, all community members must be able to address the board without being threatened or silenced.”

“It is deeply alarming to the Francis Howell community that the school board has claimed the power to silence taxpayer comments during public board meetings. The board’s threatening behavior is an affront to every citizen’s right to free speech,” said Ken Gontarz, President of Francis Howell Families.

“Ensuring free speech in public comments is essential to transparency and accountability. We understand there are rules in meetings, but rules must be applied neutrally without regard to a speaker’s views,” said Katie Rash. “I hope this situation will be resolved quickly and painlessly and that the result will be full recognition of free speech rights in public comments in our school board meetings.”

Public comments are limited to three minutes to allow a number of residents to speak at each meeting. School officials do their community no favors when they prevent speakers from providing sources for their claims or citing outside resources with additional detail. Showing your work should not be controversial.

In prohibiting speakers from mentioning Francis Howell Families or its website, the Board prevents parents and taxpayers from engaging in a full and open discussion of district issues. In allowing favored speakers to play by a different set of rules, the Board violates the First Amendment.

To read the complaint, click here. Our press release is available here.

United States District Court for the Eastern District of Missouri