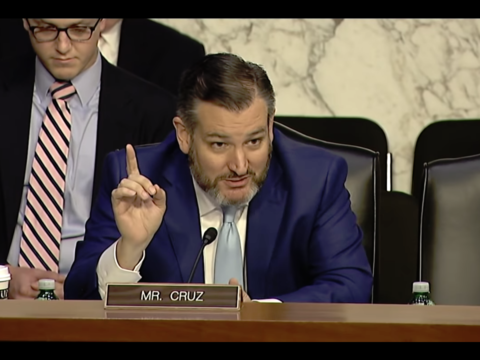 Senator Ted Cruz’s victory over the Federal Election Commission in a loan-repayment case clarified important First Amendment principles. The Institute for Free Speech asked the Supreme Court to make those principles the law of the land. This amicus brief urges the Justices to not merely affirm the district court’s ruling in favor of Cruz but also to adopt its reasoning nationwide, providing guidance to lower courts and potential future litigants.

Cruz challenged a provision of the Bipartisan Campaign Reform Act of 2002, otherwise known as McCain-Feingold, that restricts candidates’ ability to use campaign donations received after the election to pay back personal loans to their campaign. The D.C. District Court’s decision in the case should serve as a model for other courts in two respects. First, the decision focuses on the real-world effect of restrictions on political speech. In ruling for Cruz, the court recognized that “laws that disincentivize candidates from loaning money to their campaigns will result in less political speech,” our amicus brief notes.