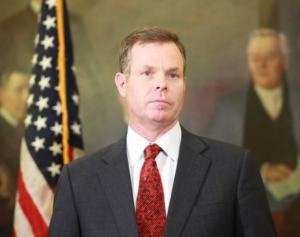 Can the FEC punish an individual for giving advice? That is the question at the core of Federal Election Commission v. Jeremy Johnson and John Swallow.

This case began in 2015 when the FEC brought an enforcement action against Jeremy Johnson for making alleged illegal contributions in the name of another during the 2010 election cycle. Such an action, if undertaken, is a clear violation of statute. In 2016, however, the FEC went further. The Commission claimed that John Swallow, former Utah Attorney General, provided advice and help to Mr. Johnson. The FEC alleges that to “assist” and “help” Mr. Johnson was also a violation of FEC rules against illegal contributions. The FEC subsequently filed a complaint against Mr. Swallow.

This complaint stems from an unconstitutional regulation enacted by the FEC without regard to the legal rulemaking process and in clear contravention of the statute.

The Institute for Free Speech became involved in the case to object to the FEC’s unconstitutional and extralegal actions, and the First Amendment harms caused by its overreach. Because the FEC regulation at issue is impossibly vague, its enforcement would clearly harm not only the First Amendment rights of Mr. Swallow, by preventing him from speaking freely on matters of political contributions, but also would chill the rights of others looking to speak with candidates and donors. Under the FEC rules, no one can know when their speech has become assistance or help. Inevitably, individuals will not speak up, for fear of incurring the FEC’s wrath.

The secondary liability, punishing Mr. Swallow not for his own actions but for those of another, is also clearly outside the authority of the FEC. The FEC may only regulate where Congress has given it authority to do so, and Congress did not do so here. As a result, the rule should never have existed in the first place — and the charges against Mr. Swallow should never have been lodged.

As IFS Legal Director Allen Dickerson said, “The FEC’s pursuit of Mr. Swallow is a clear overreach of the agency’s constitutional authority, made especially dangerous by the fact that it concerns his speech rather than his actions. Only Congress may create liability, and it spoke clearly: the only people liable for a prohibited contribution in the name of another are the person making the contribution and his or her knowing conduits.”

U.S. District Court for the District of Utah, Central Division