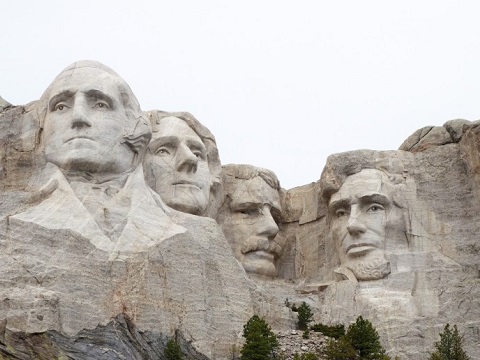 May a state government subject those who wish to publish an analysis of pending ballot measures to criminal prosecution even when such an analysis does not urge voters to cast votes for or against the pending measures? Can a state government compel a nonprofit group that publishes such an analysis to publicly declare its sources of funding, even when financial supporters may not know of or necessarily agree with the analysis to be published? May a state force a speaker to say that those persons support the analysis published or face criminal penalty? These are some of the central questions in Institute for Free Speech v. Ravnsborg, et al., filed in the U.S. District Court for the District of South Dakota, Central Division on October 5, 2018.

The Institute for Free Speech filed this federal lawsuit alleging that South Dakota laws prevent it from carrying out its mission to “promote and defend the First Amendment rights to freely speak, assemble, publish, and petition the government.” IFS simply wishes to publish and distribute an in-depth analysis of a state ballot measure proposal that implicates First Amendment rights. Due to South Dakota laws, IFS fears it could be subject to prosecution and fines if it does so.

IFS’s ballot measure analysis is not a political ad. But South Dakota’s law is written so broadly that it potentially regulates lengthy, academic publications. The state regulates “independent communication expenditures” and defines the term broadly to include any expenditure for any communication “concerning” a ballot measure. This vague definition potentially applies far beyond ads advocating a measure’s defeat or approval and may include publications such as the Institute’s analysis.

For instance, defining a category of regulable speech as “concerning a candidate or a ballot question” is unclear in the ballot initiative context. Is speech regulated under South Dakota law as “concerning . . . a ballot question” only if it specifically discusses a ballot question by title, such as the currently proposed Constitutional Amendment W? What if a publication merely mentions the title? What about talking about topics related to the measure, such as campaign finance regulation generally? Is discussing the constitutional concerns of the outcome proposed by a ballot question — in this case, banning American citizens from speaking simply because they are from out-of-state — a discussion of a ballot question? Answering these questions is difficult, if not impossible, because so many key terms are undefined.

“Imposing criminal liability under such conditions violates First Amendment protections of press, speech, and association, as well as the protections of the Fourteenth Amendment’s guarantees of due process,” notes Institute for Free Speech Senior Counsel, Parker Douglas, who recently joined IFS’s legal team.

Groups making “independent communication expenditures” in South Dakota must comply with extensive reporting and disclaimer requirements, including but not limited to, a requirement that the communication carry a list of the organization’s top contributors. This requirement violates the privacy of donors to nonprofits like IFS, and runs the risk of attributing publicly IFS’s analysis to general donors who may not be familiar or even aware of IFS’s analysis of South Dakota law.

Failure to comply with the law can result in prosecution and fines. Disturbingly, South Dakota provides no mechanism to request advice about how to comply with the law. “Because neither the Attorney General nor the Secretary of State can or will give advice to private organizations on the metes and bounds of South Dakota campaign finance law, IFS asks this Court for clarity,” states IFS’s complaint and opening briefing requesting an injunction against enforcement of South Dakota’s restrictions on speech.

IFS is asking the court to declare portions of the law unconstitutional and to clarify that the Institute’s ballot measure analysis cannot be regulated under South Dakota law.

District Court for the District of South Dakota, Central Division