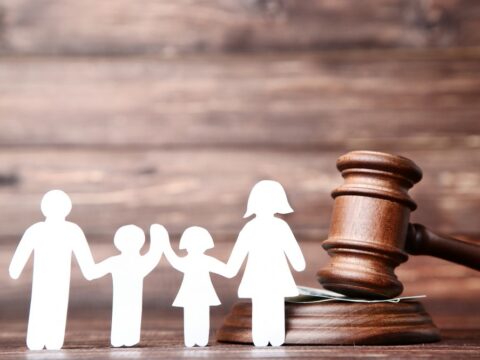 Concerned parents in Forsyth County want school officials to confront the sexually graphic material in books they provide to children in school libraries. The Board of Education, however, has censored speakers at board meetings who read excerpts containing language the Chair deems “inappropriate” for children. After one parent persisted, the Board banned her from participating in future meetings until she agrees to limit her First Amendment rights.

Two parents and the Mama Bears of Forsyth County filed a federal lawsuit against the Forsyth County Board of Education for violating their constitutional rights. They are represented in the lawsuit by attorneys from the Institute for Free Speech, a nonpartisan First Amendment advocacy group that defends political speech rights.

Members of the public may reserve three minutes of speaking time at any regular monthly board meeting to share their views on topics relevant to Forsyth County Schools. Multiple district residents, including Mama Bears members and plaintiffs in the lawsuit Alison Hair and Cindy Martin, have used their time to read aloud from school library books they consider pornographic. Yet while these materials are available to kids in school, the Chair has cut off and banned speakers who read from them at Board meetings when he deems the language inappropriate or profane.

This catch-22 robs parents of the ability to confront board members with the very language they themselves consider inappropriate for children, such as graphic descriptions of sex acts. After plaintiff Alison Hair attempted to read one such passage at a March 15 board meeting, she received a letter signed by every member of the Board of Education prohibiting her from participating in any future meetings until she provides a written guarantee that she will abide by the Chair’s directives. The Board, however, cannot require that citizens sacrifice their First Amendment rights as a precondition for participating in meetings, the lawsuit explains.

“This lawsuit does not try to resolve the question of which books should be available in school libraries, but instead addresses unlawful attempts to sanitize how parents speak about those books in the presence of elected officials and other adults. The First Amendment guarantees Plaintiffs’ rights to speak out and petition the government about which books belong in school libraries, and to do so by reading from those books during board meetings,” reads the complaint.

The Board’s unconstitutional demands and policies are exacerbated by aggressive enforcement tactics and a chilling environment for dissent. Wesley McCall, the board’s chair and a defendant in the lawsuit, has opened every meeting since February with a reading of the public participation policy and a warning that violators will be stopped if they use profane or inappropriate language. The Board also began stationing two armed police officers and a security guard at meetings, with one officer hovering nearby when members of the public spoke. Chair McCall has repeatedly interrupted and argued with speakers he disagrees with, sometimes refusing to return the speaking time he takes from them.

“We will not back down from protecting our children or defending our First Amendment rights. The Mama Bears of Forsyth County formed spontaneously when mothers across the district discovered the sexually explicit books in our children’s school libraries. When Chairman McCall and the board censored us from reading the explicit language in these books because children were in the room, they proved our point,” said Cindy Martin, Chair of Mama Bears and plaintiff in the lawsuit.

“This lawsuit is not about any one parent or group. This is about making sure every resident’s rights are respected at meetings. The board’s actions have been shocking and completely unfounded. We hope and pray the court sets things right,” said Alison Hair, member of Mama Bears and plaintiff in the lawsuit.

Hair and Martin have ceased participating in Board meetings for fear of arrest, expulsion, or further abuse at the hands of the Board. Speakers who continue to voice objections to school library books at meetings have been forced to self-censor their comments by inserting euphemisms, initials, and pregnant pauses in place of any language they fear the Board may deem “inappropriate.”

The parents’ lawsuit asks the court to issue an order preventing Forsyth County Schools and board officials from enforcing the ban against Hair’s participation in board meetings and several unconstitutional provisions of its public participation policy. These include requirements that speakers refrain from comments deemed by the meeting’s presiding officer to be “personal attacks,” “rude,” “[un]civil,” “defamatory” or “profane.” The lawsuit also seeks an order permanently enjoining the defendants from discriminating on the basis of viewpoint in providing access to school board meetings.

The case is before the United States District Court for the Northern District of Georgia, Gainesville division. To read the complaint, click here. To read our press release, click here.

United States District Court for the Northern District of Georgia