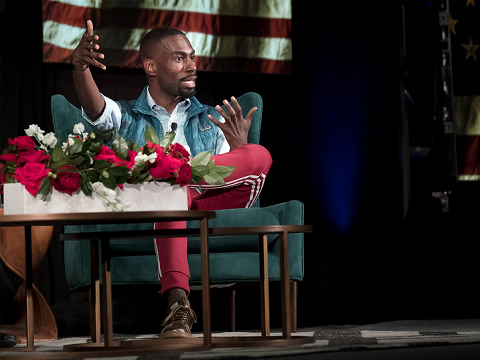 The First Amendment right to protest is threatened by harassing lawsuits that seek to hold activists accountable for actions at public events they neither committed nor encouraged. In Mckesson v. Doe, the Institute for Free Speech is asking the Supreme Court to institute a heightened pleading standard that protects activists from such speech-chilling lawsuits. After a police officer was injured at a protest in Louisiana, the officer sought damages against DeRay Mckesson, a leader of the Black Lives Matter movement. Despite no serious allegation that Mckesson caused or encouraged the assault, the Fifth Circuit Court of Appeals allowed the case to proceed.

If the Supreme Court does not intervene, the lower court’s ruling “will serve as a weapon against a particular type of group: those who organize protests which may spawn unauthorized acts of illegality and violence. Such a precedent would inevitably chill future civil rights protests directly, and encourage organizers to remain silent,” the Institute’s brief explains.