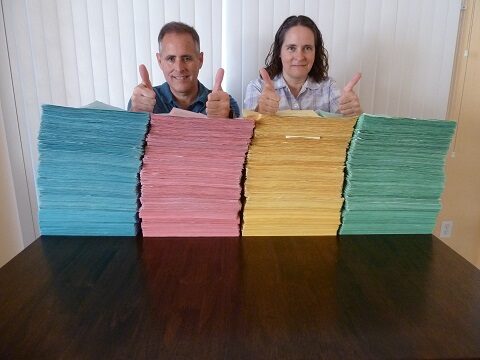 A California nonprofit, a political committee, and a company that provides door-knocking and signature gathering services are arguing that AB 5 violates the First Amendment because independent contractors, who are permitted to work as direct sales salespersons and newspaper carriers, are prohibited from performing similar work for campaigns and advocacy groups.

The passage of AB 5, which effectively bars campaigns from hiring canvassers as independent contractors, has forced the plaintiffs to cease their longstanding practice of hiring contractors to collect signatures for ballot petitions and engage California voters in discussion. The costs of hiring canvassers as employees, as required by California’s new law, makes them unaffordable to many campaigns.

The state has provided exemptions, however, allowing the hiring of independent contractors for virtually identical work in newspaper delivery and direct sales. The only distinguishing feature between these workers and those hired by the plaintiffs is the content of the speech they are paid to promote. Content-based regulations of speech are presumptively unconstitutional under the First Amendment. Moreover, the government cannot give preferential treatment to commercial speech over political or campaign speech.

“The First Amendment guarantees our right to speak to our neighbors about politics, to share with them important information about campaigns, and work together to directly effect change at the ballot box,” said Aaron Starr, Founder and President of Moving Oxnard Forward. “California is wrong in holding this form of speech is less protected than speech related to selling consumer products. We hope the courts will agree.”

“In the new economy, many seeking careers in politics and grassroots are hungry for a fulfilling opportunity. Our democratic process needs these people to engage voters and spread the word about important campaigns and issues. It’s a shame that California erects unconstitutional barriers to earning a living this way, depriving campaigns of needed help and depriving the voters of information,” said Justin Greiss, Chief Operating Officer of Mobilize the Message, LLC.

Unable to hire canvassers as employees and fearful of fines from the state for “misclassifying” them as independent contractors, the groups must now cease canvassing activity or rely solely on volunteers.

The case is in the United States District Court for the Central District of California. To read the complaint, click here.