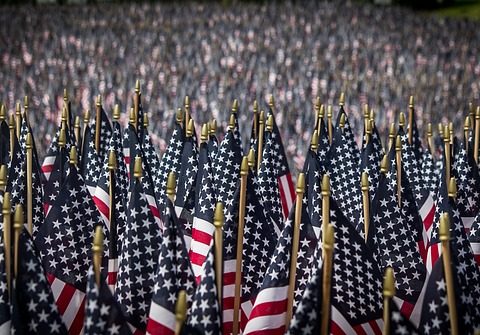 Can a group of veterans be prohibited from advocating for public policy, because they wish to use robocalls? That is the question at the heart of Patriotic Veterans v. Indiana.

An Illinois-based advocacy group, Patriotic Veterans, Inc., had planned to make automated political calls in advance of the 2010 general election. As veterans, the group wished to advocate their beliefs about the right course for policy and politics in Indiana. They were prevented from doing so when Indiana reinterpreted existing state law to create a ban on robocall messages with explicitly political content, even though the law exempts other communications like those from commercial entities to their customers.

This blanket ban is not about preventing harassment – without this law, Patriotic Veterans is subject to the same regulations as other political groups in the state and political robocalls are subject to the same regulations as commercial calls. The law currently prevents late night phone calls, calls to emergency workers, and requires the use of auto-hang-up technology to prevent the tying up of phone lines. Patriotic Veterans disputes none of those restrictions.

Further, organizations in Indiana are still allowed to call Indiana residents 24 hours a day if they use a live operator. Smaller advocacy groups like Patriotic Veterans, however, can only afford to use automated phone calls – live operator calls can cost as much as 1,500% more than automated calls.

The result is that a ban on robocalls is a limit on the free speech rights of organizations, like Patriotic Veterans, who want to speak out about elections and issues, without being inhibited by unnecessary government regulations. This First Amendment harm is specific to groups without significant resources, technological know-how, and media access.

The Center for Competitive Politics has worked with the law firm Barnes & Thornburg LLP on this case to represent Patriotic Veterans. Overturning this ban would allow small political organizations to more effectively spread their message, while still permitting the state to use less restrictive means of protecting the privacy of Indiana residents, such as by expanding Do Not Call lists. Indiana’s desire to stop robocalls is not a sufficient justification to inhibit free speech.

District Court for the Southern District of Indiana