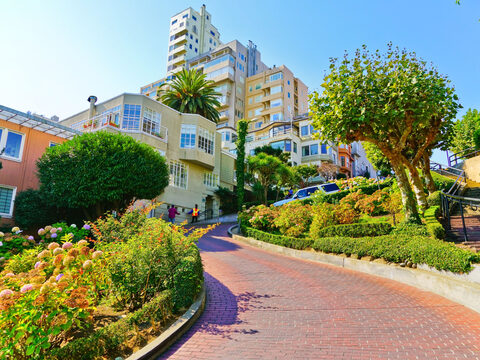 Want to advertise to San Francisco voters? Before starting your message, the city could force you to spend over 30 seconds reciting publicly available donor information. Today a California ballot committee represented by attorneys from the Institute for Free Speech challenged the city’s rules as a violation of the First Amendment.

“A 32-second disclaimer is not a disclaimer at all. It’s a whole new ad that makes it impossible to communicate our message with voters. This law discourages political dialogue at the very time that we need voters to be civically engaged,” said Todd David, Founder and Treasurer of San Franciscans Supporting Prop B (SPB).

Instead of reserving a small portion of an ad to announce the speaker’s identity, as most jurisdictions do, San Francisco’s disclaimer law forces speakers to make the government’s message the focal point of their ads. Groups are required to recite a lengthy disclaimer naming their donors—and their donors’ donors—at the start of audio and video ads. It’s hard to think of a more boring way to start a message. Groups must list the names and donation amounts of their top three contributors, and if any of those contributors is another political committee, they must also list that group’s top two contributors.

For San Franciscans Supporting Prop B, the disclaimer takes approximately 32-33 seconds to read. Only then would the group be free to speak its own message about reforming the city’s building inspection commission through Proposition B in the June 2022 election. On print ads, the disclaimer must be written in large font that, for SPB, takes up nearly 70% of a five-by-five inch ad. Failure to include the disclaimer can trigger criminal and civil penalties, including fines up to $5,000.

These requirements make it all but impossible for groups to communicate effectively with San Francisco voters. Speakers’ messages are shoved to the side in favor of redundant donor information of questionable value. All of the donor information included in the disclaimer is already publicly available on city websites, the lawsuit explains.

Rather than inform voters, the disclaimer actually misleads voters by naming as “secondary donors” individuals who have not contributed to or supported the speaker’s messaging in any way. Viewers will be led to believe these “secondary donors” played a significant role in the creation of the ad or the group running the ad. Yet in many cases, those individuals will not even be aware of the ad their name appears on until it airs.

Joining SPB and David in the lawsuit is the Edwin M. Lee Asian Pacific Democratic Club PAC, sponsored by Neighbors for a Better San Francisco Advocacy (Ed Lee Dems). Ed Lee Dems supports SPB’s mission of advocating for Prop B but would have to withdraw its support from that group if it triggered the “secondary donor” disclosure requirements on its ads.

The plaintiffs are represented by attorneys from the Sutton Law Firm and the Institute for Free Speech, a national nonprofit dedicated to defending First Amendment political speech rights. The lawsuit asks the court to strike down San Francisco’s requirement that groups list “secondary donors” on the face of their ads as unconstitutional under the First Amendment.

The Institute for Free Speech represented David in appealing his challenge to the same disclaimer requirements in the lead-up to the 2020 election. The Ninth Circuit never addressed the merits of that challenge, Yes on Prop B v. San Francisco, instead dismissing it as moot after the election passed.

Americans are accustomed to simple “paid for by” disclaimers at the end of political ads. Yet San Francisco has radically expanded these disclaimers to coopt, in some cases, a speaker’s entire message. Even if government can require that advertisers identify themselves, it can’t tell them what to say.

United States District Court for the Northern District of California