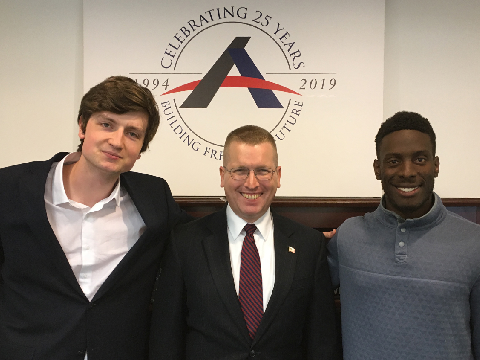 The case began when Georgia Gwinnett College (GCC) prevented a student, Chike Uzuegbunam, from distributing religious literature and speaking about his religious views on campus. Uzuegbunam and Joseph Bradford, a fellow GCC student who refrained from similar activities for fear of the same repercussions, sued the school for violating their First and Fourteenth Amendment rights.

In the middle of the lawsuit, the school abruptly changed its suppressive rules and motioned to have the case dismissed. The district court agreed, and the Eleventh Circuit Court of Appeals affirmed its dismissal. This ruling sets a dangerous precedent for free speech, the Institute’s brief explains.

“Should a challenge threaten a law or policy that a school district, public university, or state commission wants to preserve, it can solemnly put the tool away, but in an easy to reach place, until the courts are no longer looking. And if a plaintiff succeeds in obtaining an unfavorable decision, the government may simply change the rules after appealing and ask for the decision to be vacated.”