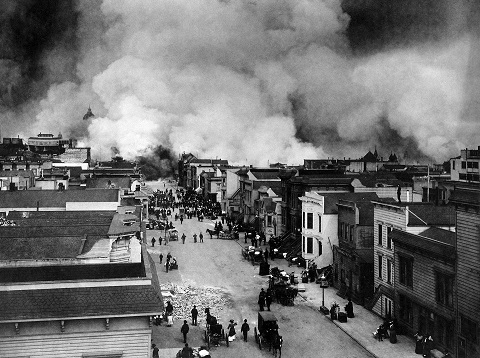 Disclaimers must be simple and straightforward so that viewers can remember them and speakers are not forced to read lengthy government scripts. Yet San Francisco has created disclaimer requirements for campaign ads that can take up 28 seconds of ad time or over 30% of printed ads. Such a lengthy disclaimer chills protected political speech and is the subject of the lawsuit, Yes on Prop B v. San Francisco.

Under San Francisco law, campaign advertisers may be required to report up to fifteen different contributors as part of their ads, including individuals who never actually gave to the committee. This time-consuming process makes many common advertising formats impractical. The government’s authority to require disclaimers does not justify a policy that takes up nearly half of a 60-second ad. Moreover, the new disclaimer does not give the public any information it did not already have access to about campaign advertisers or their financial supporters.

San Francisco political activist Todd David formed the committee Yes on Prop B to support the passage of a March 2020 ballot initiative to improve his city’s fire, earthquake, and emergency response facilities and services. To support the proposal, Yes on Prop B (“YPB”) intended to purchase digital video ads, yard and window signs, and Chinese language newspaper ads. The group’s efforts to inform and persuade the electorate were effectively silenced by San Francisco’s unconstitutional disclaimer requirements.

YPB had planned to run ads as short as 15 or even 6 seconds long, yet the required disclaimer for the group takes approximately 28 seconds to read. Even for lengthier ads, a 28-second disclaimer is an enormous burden – and one shouldered solely by the group paying for the ad.

“These requirements prevent campaigns from getting their message out. How are groups supposed to communicate with voters if their ads are eaten up by a disclaimer?” said David.

On January 28, Yes on Prop B filed a lawsuit in the U.S. District Court for the Northern District of California to secure its right to speak about elections in common, cost-effective formats. After hearing oral arguments, the court granted only limited relief covering newspaper advertisements and audio and video ads of 30 seconds or less. The ruling upheld the disclaimer regime outside of these narrow categories and determined that the risk of the disclaimers chilling speech was “modest.” In doing so, the district court went against precedent of both the U.S. Supreme Court and the Ninth Circuit.

On March 20, YPB appealed to the U.S. Court of Appeals for the Ninth Circuit. Represented by attorneys from the Institute for Free Speech, the appellants are asking the court to declare San Francisco’s disclaimer regime unconstitutional in its entirety.