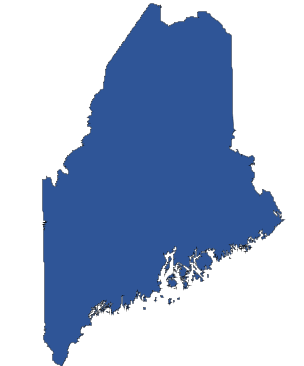 Dear Chairs Cyrway and Luchini, Ranking Minority Member Kinney, and members of the Joint Committee on Veterans and Legal Affairs:

Contrary to the unfounded claims of their advocates, “clean elections” programs, more appropriately known as tax-financed campaign systems, have roundly failed to achieve their stated goals. While the intent of the MCEA may have been noble, in practice, a variety of academic research and the Center’s own research demonstrate that these programs:  (1) contain alarming amounts of corruption; (2) relatedly, fail to decrease the incidence of public corruption; (3) fail to change legislative voting patterns or reduce lobbyist influence; (4) fail to promote electoral competitiveness; (5) fail to increase either occupational diversity or female representation in legislatures; (6) fail to result in financial savings to taxpayers; and (7) fail to improve voter turnout or trust in government.

As the Center’s own research shows, the Maine Clean Election Act, in particular, has suffered from many of the aforementioned problems. Our analyses of the first fourteen years of the program, from its implementation in 2000 to the 2013 legislative session, demonstrate that:

Additionally, a report by the Center examining incidences of corruption in Maine, Arizona, and New York City’s tax-financing programs details a shocking multitude of abuses – both in type and in number – of tax dollars by so-called “clean” politicians in these three jurisdictions with a long history of taxpayer-financed political campaigns. Among the report’s significant findings is that, as of August 2013, $184,940 was granted to Maine “clean elections” candidates, who were ultimately investigated for abuses of public funding between 2001 and 2012.

For more information on the failures of tax-funded campaign schemes, in Maine and elsewhere across the country, I encourage you to consult the Center’s enclosed Policy Primer, “Taxpayer-Financed Campaigns:  A Costly and Failed Policy.”

In light of the significant deficiencies in Maine’s tax-financed campaign program, I hope this Committee takes seriously its consideration of L.D. 1290, which would repeal the Maine Clean Election Act and divert its funding to the Department of Education. As a multitude of research shows, the program has proven to be a failure in many regards. Should you have any further questions regarding this legislation or any other campaign finance proposals, please do not hesitate to contact me at (703) 894-6835 or by e-mail at mnese@campaignfreedom.org.

[1] The Center for Competitive Politics is a nonpartisan, nonprofit 501(c)(3) organization that promotes and protects the First Amendment political rights of speech, assembly, and petition. It was founded in 2005 by Bradley A. Smith, a former Chairman of the Federal Election Commission. In addition to scholarly and educational work, the Center is actively involved in targeted litigation against unconstitutional laws at both the state and federal levels. For instance, we presently represent nonprofit, incorporated educational associations in challenges to state campaign finance laws in Colorado and Delaware. We are also involved in litigation against the state of California.

The Institute for Free Speech strongly opposes H.R. 1, the Orwellian “For the People Act.” More appropriately known as the “For the Politicians Act,” ...

These types of programs are often introduced with grand promises for freeing candidates from the pressures of fundraising, alleviating them of ties to special interests, ...