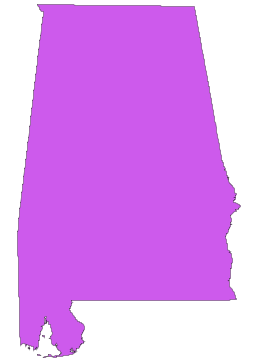 Re:  Analysis of S.B. 356 (Constitutional Amendment to Regulate Political Contributions and Spending)

On behalf of the Center for Competitive Politics (“CCP” or the “Center”),[1] we respectfully submit the following comments analyzing S.B. 356, as amended by the Senate Constitution, Ethics and Elections Committee on March 23. The bill would refer to the voters a proposed ballot measure to adopt an amendment to the Alabama Constitution purporting to create a new “right that money used to fund campaign activity and to influence governmental action be disclosed publicly . . . .”[2]

On its face, the amendment appears innocuous enough. Upon closer inspection, however, the proposal would force the Legislature to regulate useful civic activities and greatly harm public debate and information. It would put the Alabama Constitution in direct conflict with the First Amendment to the U.S. Constitution and with core democratic values.

Instead of working to improve Alabama government, citizens will be forced to track their activities “to influence governmental action” and report these activities to the government, a stunning invasion of privacy and a profound waste of time that will make filing tax returns look simple by comparison. The measure looks like something Vladimir Putin might want to adopt in Russia.

Here are just a few of the harmful impacts that would come from such an amendment:

Not only is the language in the measure dangerous, it is completely unnecessary.  Alabama’s government already has a right to regulate campaigns and lobbying, but must do so in conformance with the federal and state constitutions.

I. Alabama already regulates campaign contributions and spending and lobbying.

To the extent S.B. 356 is not intended to undermine core First Amendment rights – as discussed in more detail below – the proposed constitutional amendment is gratuitous and would give a misimpression of state law to Alabama voters. S.B. 356 proposes to amend the state constitution to require the Legislature to “regulate the disclosure, raising, and spending of money to influence elections and referenda,” as if Alabama law does not already do this.

In addition to these disclosure requirements, existing Alabama law further regulates the raising of money to influence elections by generally prohibiting candidates for legislative and statewide office from:

On top of these disclosure and fundraising requirements and prohibitions, existing Alabama law further regulates the spending of money to influence elections by:

As this very high-level overview makes clear, Alabama’s existing campaign finance laws already “regulate the disclosure, raising, and spending of money to influence elections and referenda,” and the proposed constitutional amendment is wholly unnecessary. Although the Center does not advocate for additional campaign finance regulations, we note that, if the Legislature were to determine that Alabama’s existing laws in this area are insufficient, the Legislature could certainly amend or supplement these laws, provided that it does so within the bounds of Section 4 of the Alabama Constitution, the First Amendment of the U.S. Constitution, and relevant state and federal court rulings. The very existence of these current laws, however, and the lack of any legal authority that we know of calling into question the general validity of these laws, is proof positive that the existing state Constitution does not need to be cluttered with the additional proposed verbiage in S.B. 356 in order for the Legislature to continue regulating in this area.

Of note, S.B. 356 also apparently still refers, in part, to activities that “influence [] governmental actions,” even after the Senate Constitution, Ethics and Elections Committee amended the bill on March 23.[14] Alabama law already contains extensive registration and disclosure requirements for lobbying.[15]

Relatedly, by implying that Alabama law does not already “regulate the disclosure, raising, and spending of money to influence elections and referenda” and “governmental actions,” the proposed constitutional amendment would perpetuate the very problem that the Legislature just recently sought to address. In sponsoring the law now codified at Ala. Stat. § 17-6-81, which provides for a state Fair Ballot Commission, State Rep. Steve McMillan stated, “[v]oters should not have to wade through . . . misleading ballot language in order to determine their vote on a constitutional amendment.”[16] S.B. 356 is a poster child for precisely this type of “misleading ballot language.”

II. S.B. 356 would put the Alabama Constitution in direct conflict with itself, with the U.S. Constitution, and with core democratic values.

Legislators have a duty to examine exactly what it is that this proposal is intended to accomplish that existing Alabama law does not already accomplish, or is incapable of accomplishing under the existing strictures imposed by the state Constitution. If the proposal’s preambulatory clause is any indication of its effects, the proposal, if enacted by the voters, would put the state Constitution in conflict with itself, the U.S. Constitution, and core democratic values.

Specifically, S.B. 356 purports “[t]o advance democratic self-government and political equality, and to protect the integrity of government and the electoral process . . . .”[17] As a preliminary matter, we note that S.B. 356’s preambulatory language is identical to the preambulatory language in the proposal to amend the U.S. Constitution sponsored by U.S. Senator Tom Udall of New Mexico.[18] By the admission of Senator Udall’s own office, that proposal – which received no bipartisan support whatsoever in Washington[19] – was an attempt to circumvent key U.S. Supreme Court rulings on the extent to which the government may regulate political speech under the First Amendment of the U.S. Constitution.[20]

The preambulatory language about “political equality” used in both S.B. 356 and the Udall Amendment may sound innocuous enough at first blush, but let us be perfectly clear: “Political equality” in the context of campaign finance regulation does not have the same meaning as it does in the context of voting rights. All American citizens have a Constitutional right to “political equality” under the principle of “one person one vote.”[21]  However, as the U.S. Supreme Court has recognized time and time again over the past forty years, in the area of campaign finance laws:

The preambulatory language about “protect[ing] the integrity of government and the electoral process” is similarly suspect. Notably, the proposal does not use the accepted rationale of preventing “corruption or the appearance of corruption” – the standard the U.S. Supreme Court has recognized as the permissible justification for campaign finance laws.[25]

Taken together, these vague platitudes in S.B. 356 would invite the enactment of laws discriminating amongst persons or entities that have differing levels of “influence” over voters or politicians or “access” to public officials as determined by public perception, political favoritism, or mere legislative whim. As the U.S. Supreme Court has held, “the Government may not seek to limit the appearance of mere influence or access.”[26] Under the name of “political equality” and “protect[ing] the integrity of government and the electoral process,” however, all manner of invidious legislation may be enacted, including but not limited to the following:

Requiring campaign finance laws to be based on hard evidence of corruption helps prevent such legislative mischief; an “integrity” or “political equality” standard does not. To the extent that any political system devised by imperfect human beings is imperfect, attempting to legislate political “equality” will inevitably create a system in which “All animals are equal, but some animals are more equal than others.”[27]

III. S.B. 356 would require passage of intrusive and complex “lobbying” laws that would invade privacy and stifle useful debate.

As noted earlier, the proposed amendment would create “a right that money used to … influence governmental action be disclosed.”

Of course, money is commonly spent by many people and organizations to “influence governmental action.” The measure provides no exemptions from its disclosure requirements, which could lead to many unanticipated consequences.

To give just one example from New York State, earlier this year the state ethics commission published a binding opinion that “a public relations consultant who contacts a media outlet in an attempt to get it to advance the client’s message in an editorial would also be delivering a message” that would trigger the state’s lobbying registration and reporting requirements. This new ruling is now being litigated in federal court, and the Center’s Legal Director is co-counsel in the litigation.

Thank you for considering the Center’s analysis of Senate Bill 356. Should you have any further questions regarding these issues or any other campaign finance proposals, please do not hesitate to contact CCP’s Director of External Relations, Matt Nese, at (703) 894-6835 or by e-mail at mnese@campaignfreedom.org.

[1] The Center for Competitive Politics is a nonpartisan, nonprofit 501(c)(3) organization that promotes and protects the First Amendment political rights of speech, assembly, and petition. It was founded in 2005 by Bradley A. Smith, a former Chairman of the Federal Election Commission. In addition to scholarly and educational work, the Center is actively involved in targeted litigation against unconstitutional laws at both the state and federal levels. For instance, we presently represent nonprofit, incorporated educational associations in challenges to state campaign finance laws in Delaware and Utah. We are also involved in litigation against the state of California.

[18] Compare id. with S.J. Res. 19 (113th Cong., as reported to Senate; hereinafter, the “Udall Amendment”) § 1. A compendium of information and analysis on the Udall Amendment is available at https://www.ifs.org/firstfreedom/.

[29] Id. Art. VI; see also, e.g., Gitlow v. New York, 268 U.S. 652, 666 (1925) (“freedom of speech and of the press-which are protected by the First Amendment from abridgment by Congress-are among the fundamental personal rights and ‘liberties’ protected by the due process clause of the Fourteenth Amendment from impairment by the States.”).

[32] Eric Wang is also Special Counsel in the Election Law practice group at the Washington, D.C. law firm of Wiley Rein, LLP. Any opinions expressed herein are those of the Center for Competitive Politics and Mr. Wang, and not necessarily those of his firm or its clients.

Testimony of Bradley A. Smith Before the U.S. Senate Rules and Administration Committee on S. 1

The Institute for Free Speech writes to express serious concerns about the devastating effect H.R. 1 would have on Americans’ freedom of speech and ...

On behalf of the Center for Competitive Politics (CCP), we respectfully submit the following comments analyzing a bill to amend Minnesota’s Constitution, as introduced ...