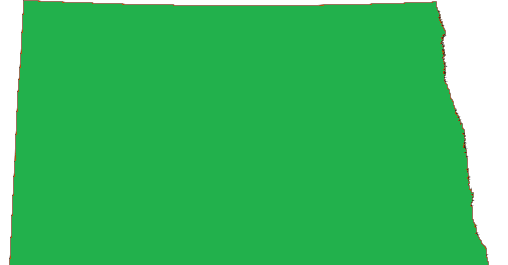 The Institute for Free Speech (“IFS”)[3] provides the following analysis of the voter-initiated campaign finance and lobbying amendment to North Dakota’s State Constitution that will be on the ballot in November 2018. The purpose of this analysis is twofold: (1) to educate North Dakotans who speak about public matters in their state about the additional reporting requirements and litigation risks the initiative may impose on their speech and expressive activities; and (2) to educate North Dakota state lawmakers about the issues they will have to address if voters pass this initiative, which charges the Legislative Assembly with writing legislation to implement certain of the initiative’s provisions. In so doing, IFS does not advocate for any particular legislative approach or result.

IFS takes no position on the merits of this initiative as a whole, and specifically does not address the initiative’s other provisions imposing a revolving-door restriction for state elected officials, a ban on gifts from state lobbyists to state officials, a ban on state lobbyists delivering campaign contributions, and a ban on candidates using campaign funds for personal expenses. Accordingly, this analysis should not be interpreted in any way as an exhortation to either vote for or against the initiative, nor should it be construed as otherwise endorsing or opposing the initiative.

A) The initiative could impose broad and intrusive reporting requirements on speech about public matters that would effectively silence speakers.

Section 1 of the initiative would require the state Legislative Assembly to enact “laws that require… public disclosure of the ultimate and true source of funds” of more than $200 spent “to influence” any statewide or legislative election or statewide ballot measure, “or to lobby or otherwise influence state government action.” On its face, this provision could violate the First Amendment of the U.S. Constitution because: (1) the reporting requirements it would impose unjustifiably burden core constitutionally protected speech; and (2) such burdens would be imposed based on extremely vague and standardless criteria with respect to both the “source of funds” that would have to be reported and the content of speech that would trigger regulation.

As the U.S. Supreme Court has held:

The initiative is particularly vague with respect to its requirement that “the ultimate and true source of funds” be reported for regulated speech. North Dakota’s pre-existing statutes already require reporting of the source of funding for speech that urges the election or defeat of a candidate for state office and for state lobbying. Specifically, existing North Dakota law already requires:

While the initiative would amend the North Dakota Constitution, its provisions would not sit merely as a constitutional overlay on top of those pre-existing state statutes. Rather, the initiative purports to require the state Legislative Assembly to enact additional legislation to “implement and enforce” the initiative’s vague provisions. In short, while North Dakota’s pre-existing campaign finance and lobbying statutes are already not a model of clarity and precision, the initiative could greatly increase the vagueness of the state’s laws regulating citizens and organizations that wish to speak about public matters and state government.

1. Types of Speech That Could Trigger Reporting

To the extent the initiative would require additional regulation of speech “to influence” state elections and “state government action,” it begs the question: How broad is the universe of speech that would have to be covered? The following are just a few examples of speech and expressive activities that may be subject to reporting requirements under the initiative:

The U.S. Supreme Court has articulated the following three governmental interests that can be served by the type of campaign finance and lobbying reporting requirements at issue here:

If the initiative is interpreted as requiring reporting for speech and other expressive activities, like those described in the prior examples, that are too far afield from these rationales, the state Legislative Assembly may be forced to pass laws that violate the U.S. Constitution and core First Amendment rights.

2. Sources of Funds That May Need to Be Reported

As discussed previously, existing North Dakota law already requires the sources of contributions that are designated specifically for a candidate, political party, or state PAC to be identified on campaign finance reports when such contributions are given through a conduit. To the extent the initiative appears to require identification of sources of funds above and beyond this existing reporting requirement, individuals and entities may have to be identified on campaign finance reports even if they are two, three, or a hundred steps removed from the reporting entity or political activity at issue. For example, if a local hardware store contributes to a state ballot measure committee, would the committee have to report the hardware store’s customers as well? Would newspapers, which, as discussed previously, could be regulated directly on the basis of their published news stories, commentaries, and editorials, have to report their subscribers and advertisers?

Under existing North Dakota law, sponsors of independent expenditures that advocate for the election, passage, or defeat of a candidate or ballot measure are required to report their own spending, but are not required to report any additional source of funding if they do not meet the definition of a PAC.[17] If the initiative were to pass, independent expenditure reports could also require the sources of the sponsors’ funds to be identified.

However, the same interpretive difficulty arises for these independent expenditure reports: What is “the ultimate and true source of funds” that must be reported? For example, if a nonprofit organization publicizes its opposition to a ballot measure, must all of the organization’s donors be reported – even if they did not donate for this purpose? Moreover, would the organization have to report not only its donors, but its donors’ sources of income, and the sources of its donors’ sources of income, ad infinitum? The exercise could be akin to tracing the source of a river to the first drop of water. The initiative provides no direction on these important questions.

The expansive reporting that the initiative could require would create an administrative nightmare for reporting entities and therefore would infringe on their free speech rights. The expansive reporting of information about an organizations’ donors and donors’ sources of income also would infringe on their privacy rights. And in the end, what is to be gained by such reporting? Knowing the sources of funds several steps removed from a political expenditure or political contribution does not appear to serve any of the governmental interests the U.S. Supreme Court has recognized for such reporting requirements, nor does such irrelevant information “enable the people to make informed decisions and give proper weight to different speakers and messages,” per the initiative’s high-minded preamble.

B) The initiative would create a new State Ethics Commission, but does not prescribe its powers or limits.

If implemented properly, a separate state ethics commission could improve the administration of a state’s campaign finance and lobbying laws. Like the Secretaries of State in most other states, the North Dakota Secretary of State is charged with a wide array of disparate responsibilities, ranging from administering the state’s corporate registration and reporting requirements to acting as the state’s Commissioner of Combative Sports.[18]

The initiative would transfer responsibility for administering the state’s lobbying and campaign finance laws from the Secretary of State’s office to a standalone ethics agency. This could result in better service to members of the public seeking guidance on the state’s already vague and confusing laws in these areas (and which, as discussed earlier, could become even more vague and confusing under the initiative). On the other hand, standalone agencies charged specifically with regulating political speech – even ones that are nominally bipartisan or nonpartisan – are also at risk of becoming abusive or being misused for partisan advantage.[19]

C) The initiative would create a private right of action for any North Dakota taxpayer to enforce the constitutional amendment’s reporting provision.

Section 1 of the initiative provides that any “resident taxpayer may bring suit . . . to enforce” the constitutional amendment’s reporting provision “[i]f the laws or rules enacted or an implementation, interpretation, or enforcement action taken . . . fail to fully vindicate the rights provided” under the provision.

Deputizing citizens to enforce campaign finance laws in this manner can result in a complete free-for-all, where politically motivated and frivolous lawsuits run rampant. For example, Colorado’s private enforcement system allowed one gadfly to file scores of complaints alleging trivial violations, and the complaints often raised questions about his personal political ambitions.[21] In another case, school board officials weaponized the state’s campaign finance laws by filing a politically motivated complaint against a concerned parent in Colorado who purchased newspaper ads about a school board election.[22] The lawsuits got so out of hand that a federal judge ruled Colorado’s private enforcement system posed an unconstitutional burden on citizens’ First Amendment rights,[23]and Colorado has since implemented a new enforcement system.[24]

Moreover, while the proposed constitutional amendment would give the Legislative Assembly up to three years to adopt implementing legislation, the amendment appears to allow any “resident taxpayer” to bring suit immediately for any “implementation, interpretation, or enforcement action taken” with respect to the amendment’s reporting provision. Therefore, any North Dakota taxpayer who is dissatisfied with any action or inaction taken by the North Dakota Ethics Commission (or other state official who may have implementation, interpretive, or enforcement authority) with respect to the reporting provision may start to act as a private enforcer, even without waiting for the Legislative Assembly to try to make sense of the constitutional amendment.

If North Dakota voters pass the campaign finance/lobbying constitutional amendment in November, state lawmakers will have their work cut out for them. Section 1 of the initiative allows for up to three years for the Legislative Assembly to write implementing legislation, and that lengthy period of time may be needed (or may even be insufficient) to address all of the initiative’s interpretive and constitutional difficulties raised in this analysis. Section 3 provides no legislative grace period before the North Dakota Ethics Commission comes into existence, and state lawmakers will need to spring into action immediately if they determine it is necessary or proper to create a more detailed legislative framework for the agency. Nor does Section 1 appear to require any implementing legislation before private citizens may start to file lawsuits against other citizens, organizations, or corporations for alleged violations of the initiative’s vague reporting provisions. North Dakotans who speak about public matters in their state will need to carefully monitor these legislative and litigation developments to determine what additional regulatory burdens and litigation risks will ultimately be imposed on their speech and expressive activities if this initiative is adopted.

Senate Bill 289 regulates an expansive amount of speech, and various sections of this measure are unconstitutionally vague. Legislators considering this measure should tread ...

If Senate File 1915 becomes law as written, there is a high likelihood that the law will be found unconstitutional if challenged in court. ...