Coalition Letter in Support of “Fair Treatment for All Gifts Act” (H.R. 1104) in Tax Extenders Legislation 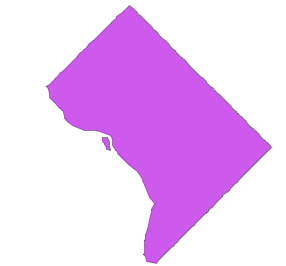 The undersigned civil liberties, free expression, and nonprofit advocacy groups and attorneys who represent advocacy organizations have a wide variety of views on the political spectrum. However, we are united in writing to express our strong support for the Fair Treatment for All Gifts Act (H.R. 1104), which passed the House by a voice vote on April 15, 2015. The text of this bill is currently under consideration for inclusion in the Tax Extenders legislation being negotiated by Congressional leaders. The undersigned groups have varying views on the merits of any Tax Extenders legislation, but we are united in agreement that the provisions of H.R. 1104 should become law.

Application of the gift tax to 501(c)(4) donors raises serious constitutional questions, and threatens to hamstring smaller or start-up citizens’ groups. The provisions in H.R. 1104 would lock in current policy at the Internal Revenue Service that exempts contributors to 501(c)(4) social welfare organizations from the gift tax. We applaud Congress for taking steps to end uncertainty on the question.

Perhaps more important, however, application of the gift tax in this context would raise serious problems under the rights of free speech and freedom of association guaranteed by the Constitution.

While it is true that the government may opt not to subsidize certain types of activities through tax exemptions or deductions, it may not burden expressive or associational activity through taxation, and the gift tax would present an enormous burden on 501(c)(4) groups. Were it applied, many donors would simply stop giving money to various causes, or would give only up to the annual exclusion of $14,000.

Smaller and less well-resourced nonprofits often rely on larger gifts to exist at all. To the extent the government would be putting some social welfare groups out of business through the imposition of the gift tax, it raises constitutional issues of the highest moment.

Additionally, imposing the gift tax on donors to nonprofit groups could present an unconstitutional condition. While, again, the government may choose not to subsidize certain activities through tax exemptions or deductions, it may not condition the exercise of a constitutional right—the freedom to associate with social welfare groups by donating money to them—on payment of the tax.

In light of the current IRS policy that the tax does not apply to such donations, Congress should enact that policy into law, which would protect the First Amendment rights to speak and associate, provide clarity for nonprofit groups, and support the agency on this important issue.

The undersigned attorneys are doing so in their individual capacity and not on behalf of their law firms.

On behalf of the Center for Competitive Politics, I write to comment on several constitutional and practical concerns included in House Bill 4226. While ...

The Center for Competitive Politics[1] enthusiastically supports efforts to encourage greater participation in political campaigns. Actions to make it easier for citizens to run ...