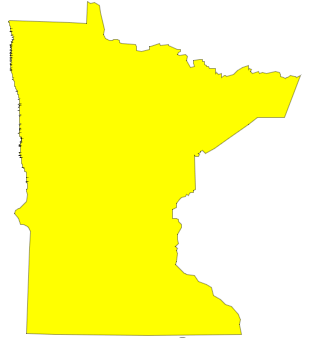 Full PDF available at this link.

Re: Constitutional Issues with House File 2662

On behalf of the Center for Competitive Politics, I respectfully submit the following comments concerning House File 2662, which is currently being considered by the House Elections Committee. Specifically, I write to note several significant legal concerns raised by the bill. Aside from raising public policy concerns, these weaknesses could subject the state to costly litigation.

The Center for Competitive Politics is a nonpartisan, nonprofit 501(c)(3) organization that promotes and protects the First Amendment political rights of speech, assembly, and petition. It was founded in 2005 by Bradley A. Smith, a former Chairman of the Federal Election Commission. In addition to scholarly and educational work, the Center is actively involved in targeted litigation against unconstitutional laws at both the state and federal levels. For instance, we presently represent nonprofit, incorporated educational associations in challenges to state campaign finance laws in Colorado and Delaware. We are also involved in litigation currently before the U.S. Supreme Court.

I write to draw your attention to several significant constitutional concerns presented by House File 2662, which seeks to require a Minnesota corporation or a foreign corporation doing business in the state to seek approval from and notify its shareholders prior to making a contribution or expenditure in excess of $10,000 (alone or in aggregate), if the expenditure or contribution is made to support or oppose a candidate, a ballot question committee, or an organization advocating on policy issues.

H.F. 2662 imposes burdensome and impractical requirements on corporations. Under the auspices of shareholder protection, this bill will serve only to stifle speech, and will fail to meaningfully supplement existing shareholder safeguards. Moreover, the bill’s constitutionality is suspect. For the above reasons, if enacted, this legislation is likely to invite a legal challenge.

Limitations on corporate independent expenditures are prohibited by the First Amendment to the United States Constitution.1 This rule applies not only to federal laws, but to the states as well.2 While this bill does not propose to limit corporate independent expenditures, it places such restrictive barriers on free speech that it would effectively make such activities impossible, and consequently would expose Minnesota to potential legal action if the bill were to become law.

H.F. 2662 places an exorbitant burden on corporations engaging in political activity. While the government of Minnesota has broad discretion to regulate campaign finance and corporate activity within its borders, it cannot create burdens upon corporate political activity so as to effectively limit the First Amendment rights of incorporated entities.3

Faced with the burdensome costs of seeking shareholder approval and then notifying all (or a portion, depending on the circumstance) of a corporation’s shareholders at least quarterly for every instance of speaking in this manner, many corporations will likely refrain from speaking entirely. As a result, in direct contravention of Supreme Court jurisprudence4 and the United States Constitution, political speech may be regulated out of existence based exclusively on an entity’s corporate identity.

Internal corporate governance issues are typically left to state law. However, the broadness of H.F. 2662’s language appears to reach political activity even if it does not occur in Minnesota. These concerns caution against the broad language proposed in the legislation.

The bill purports to regulate both Minnesota corporations and foreign corporations doing business in Minnesota, but it also seemingly reaches all contributions and expenditures, once the $10,000 threshold is reached, no matter where they are made. For example, if a Wisconsin-based bank has a branch in Minnesota, and that bank engages in political activity entirely internal to Wisconsin, H.F. 2662 still requires that the Wisconsin bank first go through the onerous process of notifying all of its Minnesota shareholders. The plain language of H.F. 2662 seems to require that the bank only have one shareholder in Minnesota – and does not require that the bank engage in any political activity that actually affects Minnesota. While the state has authority over corporations doing business in Minnesota, we humbly suggest that this policy provides no protection to either Minnesota voters or Minnesota stockholders, but rather seeks to regulate interstate commerce in an area implicating sensitive constitutional concerns.5 Furthermore, this approach will make Minnesota a more hostile environment for business, undermining the state’s economic well-being.

Since Citizens United, the conversation about campaign finance reform has focused on corporate political activity. The holding of Citizens United, however, applies to corporations and labor unions equally.6 The Center supports the right of labor unions to engage in political speech. Indeed, encouraging broad political participation is central to our mission. However, the disparate treatment of corporations and unions under H.F. 2662 suggests an Equal Protection problem.

While the constitutionality of this disparate treatment is questionable,7 at the very least it must be based on some constitutionally acceptable justification. H.F. 2662 subjects corporations to an exacting regulatory structure from which unions are exempt. Specifically, H.F. 2662 requires a corporation to receive the approval of its shareholders before engaging in political activity (or giving funding to another organization that may use the money for political purposes). Conversely, pursuant to federal labor law, a labor union is presumed to have the consent of its members – its members must “opt-out” of the union’s political activity.

This provision in particular raises additional Equal Protection concerns because similar requirements are not imposed on labor unions. Writing for the majority in Citizens United, Justice Kennedy stated: “The worth of speech ‘does not depend upon the identity of its source, whether corporation, association, union, or individual.’”8 The courts are unlikely to uphold a law imposing a major burden on only one type of incorporated entity – for-profit firms – while allowing lesser burdens on other entities and unincorporated associations. Of course, the answer is not to impose greater burdens on union activities; it is to avoid unnecessary and overbroad burdens on equivalent corporate activities.

In its present form, House File 2662 places significant burdens on political speech by corporate entities, may be functionally invalid (as it attempts to regulate corporate political activity that does not affect Minnesota), and raises serious Equal Protection concerns. If adopted it would threaten political speech rights in Minnesota and elsewhere, and could force the state into costly and unnecessary litigation. Members of the Committee should seriously reflect on the potential for costly litigation related to the provisions in this bill.

Thank you for allowing me to submit comments on House File 2662. I hope you find this information useful. Should you have any further questions regarding this legislation or any other campaign finance proposals, please do not hesitate to contact me at (703) 894-6835 or by e-mail at mnese@campaignfreedom.org.

Comments to FEC on Notice 2015-10: Rulemaking Petition: Contributions From Corporations and Other Organizations to Political Committees

Make Your Laws attempts to co-opt the established moral disapproval of a certain type of criminal behavior—money laundering—when it speaks of “contribution laundering.” It ...