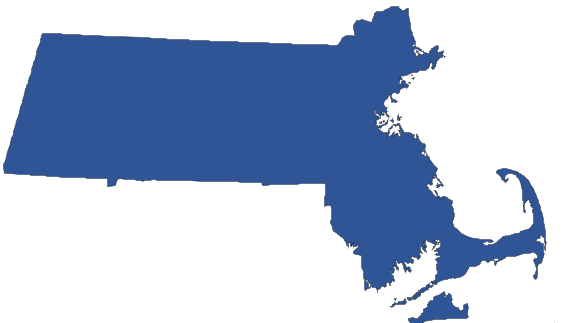 Re:  Constitutional and Practical Issues with House Bill 4226

On behalf of the Center for Competitive Politics,[1] I write to comment on several constitutional and practical concerns included in House Bill 4226. While there is much to commend in the changes proposed by House Bill 4226, the bill contains several significant constitutional and practical issues and fails to correct clearly unconstitutional provisions in existing Massachusetts campaign finance laws. Aside from serious public policy concerns, these weaknesses could subject the state to costly litigation.

On a positive note, the measure raises Massachusetts’ contribution limits, which are currently the lowest in the nation (tied with Alaska) for giving to gubernatorial candidates. The state’s current limits might be unconstitutionally low under the Supreme Court’s 6-3 decision in the Randall v. Sorrell case[2]  that invalidated Vermont’s contribution limits. This bill’s repeal of the state’s current aggregate limit law would also help bring Massachusetts law into compliance with the recent Supreme Court decision in McCutcheon v. Federal Election Commission.[3] Both of these actions are positive steps that recognize and respond to important First Amendment concerns.

However, the measure’s proposal to require disclosure of an advertisement’s top five donors suffers from many constitutional and practical flaws.

The requirement would greatly interfere with radio and many Internet ads. For example, consider a radio ad by a fictional group called American Action for the Environment (AAE) with five hypothetical top donors. If H. 4226 became law, a radio ad by AAE might have to contain a disclaimer like the following:

Speaking this disclaimer takes nearly 14 seconds – effectively half of a standard 30-second radio ad. Some “top contributors” will inevitably have longer names or titles, and some groups have longer names, such as The American Academy of Otolaryngology – Head and Neck Surgery.

This type of requirement raises serious constitutional concerns about compelled speech. Not only are citizens and organizations forced to engage in government-required speech with many unnecessary words, but the very real possibility exists that donors to organizations will be forced to be listed on an ad implying they “approve” of a particular commercial, when in fact they may have little interest, are unaware of the ad, or may even oppose the particular expenditure. This is because the bill does not limit identification of “major funders” to those who give or were solicited to support a specific ad, but also includes persons or groups that give to an organization’s general treasury or for the creation of another ad altogether.

Worse still, it’s not just radio ads at issue, but such a disclaimer makes Internet communications difficult or impossible. Many Internet ads are simple banner ads with very limited space. Much of these ads now appear on small smartphone screens. Such long disclaimer requirements would make publishing these Internet ads effectively impossible.

Ultimately, it is hard to understand why the proposed disclaimer is superior to a simple one required by many other states, such as “Paid for by American Action for the Environment.” All donors are already publicly reported.

As it is, we believe Massachusetts’ current disclaimer requirements are already unconstitutionally long and provide meaningless information. The “top contributors” mandate proposed in H. 4226 would only make existing law more constitutionally suspect.

The current absurd disclaimer that requires the top official’s photo or video and audio is also constitutionally suspect. What does this requirement accomplish? Viewers and listeners would learn something about AAE CEO John Smith – perhaps his gender, weight, appearance, race, age, or regional accent. But they would learn nothing additional about Mr. Smith’s group. How does this disclaimer “disclose” anything relevant to the public or better enable voters to judge an organization’s message? Do we want political speech – whether it concerns issues or candidates – to be judged on that basis?

In addition to the myriad disclaimer issues, this bill’s proposal to adjust Massachusetts’ contribution limits is not without its issues. H. 4226 would double the state’s existing $500 per candidate per year limit on individual giving to statewide and legislative candidates. These new limits would still rank far below many of the other 49 states, as the enclosed chart demonstrates.

H. 4226 would continue to impose an annual contribution limit. This is clearly unconstitutional, as it blatantly discriminates against challengers and favors incumbents. California had a similar law, but the United States Court of Appeals of the Ninth Circuit struck it down in 1992, saying that “[w]e recognize that the state has a legitimate interest in preventing corruption and the appearance of corruption, but hold that this interest will not a support a discriminatory formula for limiting contributions.”[6]

Of the 38 states that impose limits on individual giving to statewide and legislative candidates, most impose their limits based on either the election cycle or preferably on a primary and general election basis, which at least has the virtue of allowing challengers and incumbents to raise the same total amount of contributions from each individual donor.

It is my sincere hope that you take into account these significant constitutional and practical issues inherent in H. 4226. Should you have any questions regarding this legislation and its impact on the First Amendment or any other campaign finance proposals, please do not hesitate to contact Matt Nese at (703) 894-6835 or by e-mail at mnese@campaignfreedom.org.

[1] The Center for Competitive Politics is a nonpartisan, nonprofit 501(c)(3) organization that promotes and protects the First Amendment political rights of speech, assembly, and petition. It was founded in 2005 by Bradley A. Smith, a former Chairman of the Federal Election Commission. In addition to scholarly and educational work, the Center is actively involved in targeted litigation against unconstitutional laws at both the state and federal levels. For instance, we presently represent nonprofit, incorporated educational associations in challenges to state campaign finance laws in Colorado, Delaware, and Nevada. We are also involved in litigation against the state of California.

[4] Randall v. Sorrell, at 261-62, (finding that a failure to index contribution limits to inflation, in combination with other factors, may substantially burden First Amendment rights and therefore render a state’s contribution regime unconstitutional).

Thank you for inviting me to testify on campaign finance reform. My name is Laura Renz, and I am the Research Director at the Center ...