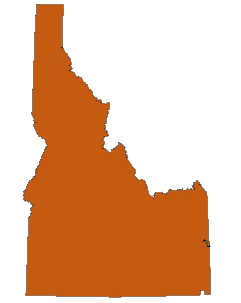 On behalf of the Institute for Free Speech[1] (“the Institute”), we respectfully submit the following comments on constitutional and practical issues with portions of S. 1337,[2] which is currently under consideration by the Senate State Affairs Committee. S. 1337 is a manifestation of the 2017 Campaign Finance Reform Legislative Work Group’s recommendations to the Legislature. The Institute has closely followed the Work Group’s progress since Idaho Secretary of State Lawerence Denney submitted six draft bills to that Group last year.

In particular, we wish to highlight several significant legal concerns raised by S. 1337, which touches on fundamental First Amendment rights of speech, petition, and private association. The effects of multiple provisions in S. 1337 are made all the worse by the troubling state of Idaho’s current campaign finance statutes – which this bill fails to improve.

In contemplating this bill, it’s worth emphasizing that longstanding precedent in the Supreme Court and elsewhere has held that campaign finance disclosure must be tied to informing the public about groups engaging in actual campaign-related activity. Accordingly, the state must prove it has a substantial interest in doing so and prove that any law it enforces is properly tailored to that interest. Numerous provisions, discussed below, in S. 1337 are not narrowly tailored to any interest articulated by the state and likely would not survive judicial scrutiny.

Broadly speaking, the changes proposed in S. 1337 are substantial and will impact many Idahoans in their day-to-day lives – especially as many provisions in the bill seek to bring local elections under the purview of the state. The broader scope of Idaho’s campaign finance laws mandated by the bill are compounded by other substantive changes proposed in the measure.

First and most worrisome, the measure broadens Idaho’s already expansive “electioneering communication” definition – speech about issues mentioning candidates near an election – to include “any paid communication . . . advertised on the internet or through social media” as activities that trigger government reporting of the names and home addresses of those who support various groups. The bill makes no effort to define “social media,” so its full reach is unclear. Writing on a blog, posting an educational YouTube video where others may comment, an errant tweet by an intern, and conversations in WhatsApp and Facebook Messenger could potentially trigger reporting mandates.

Equally concerning, the measure removes the 30 and 60-day windows prior to a primary and general election, respectively, during which “electioneering communication” requirements apply. This change effectively expands “electioneering communication” reporting year-round. Rather than regulating speech close to an election, the bill regulates speech continually, requiring organizations to run disclaimers and disclose the names and addresses of their supporters who give as little as $50 to the organization. This expansion would likely fail First Amendment scrutiny. While the state may have an interest in who is mentioning candidates shortly before an election, Idaho has failed to articulate a similar interest in regulating when people merely mention candidates, who will usually be officeholders, when the next election is years away.

In addition to serious legal concerns, such reporting requirements will inevitably generate “junk disclosure” that misleads rather than enlightens voters. This bill ties disclosure for such ads on the internet and elsewhere to existing law, which goes beyond demanding the names and home addresses of Idahoans who give with the intention of influencing politics, to those who give generally to nonprofits – gun rights’ groups, pro-life organizations, groups working to end homelessness, and the like. Individuals give to such groups believing they provide a valuable service, not because they agree with everything the organization does or says. Publicly associating individuals with expenditures they had no prior knowledge of – and may oppose – is both unfair to donors and misleading to the public. Doing so also increases the risk of harassment for those who support causes with which some may disagree.

Finally, S. 1337 is also troubling because it limits the sources of money for contributions. Section 7(c) bans any “political committee” from “accept[ing] a contribution of more than one thousand dollars ($1,000), whether in a lump sum or in aggregate payments, from another political committee” if the source committee has not registered with the Idaho Secretary of State. In effect, Idaho is mandating prior registration of all political committees if they wish to give money to an Idaho campaign – even if the money was reported elsewhere (such as in another state or to the Federal Election Commission). The state has not articulated a reason for doing so nor has it shown this to be a tailored solution to any problem.

For the above reasons, the Institute for Free Speech therefore recommends that S. 1337 be significantly re-worked to address these issues prior to any consideration by the Senate State Affairs Committee. Should you have any further questions regarding this legislation or any other campaign finance proposals, please contact Mr. Martinez at (703) 894-6800 or by e-mail at tmartinez@ifs.org or Mr. Nese at (703) 894-6835 or by e-mail at mnese@ifs.org.

[1] The Institute for Free Speech is a nonpartisan, nonprofit § 501(c)(3) organization that promotes and protects the First Amendment political rights of speech, press, assembly, and petition. Originally known as the Center for Competitive Politics, it was founded in 2005 by Bradley A. Smith, a former Chairman of the Federal Election Commission. In addition to scholarly and educational work, the Institute is actively involved in targeted litigation against unconstitutional laws at both the state and federal levels. Its attorneys have secured judgments in federal court striking down laws in Colorado, Utah, and South Dakota on First Amendment grounds. We are also currently involved in litigation against California, Missouri, Tennessee, and the federal government.

House Bill 1425 proposes to regulate speech and creates massive new government reporting requirements for speakers. Many provisions in the bill are unconstitutionally vague ...

L.D. 1192 imposes disclosure requirements that single out by name political contributors whose aggregate contributions exceed a certain threshold, but the disclosure appears to ...