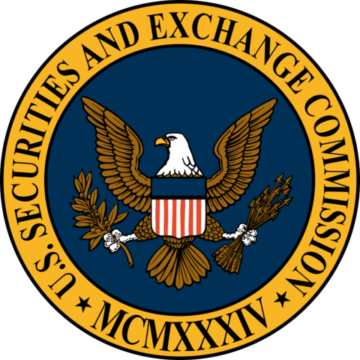 RE: Request for Comments on Climate Change Disclosure

The Securities and Exchange Commission’s mission is to protect investors’ financial interests and promote efficiency, competition, and capital formation in the nation’s investment markets.[3] Compelling environmental impact disclosures from all publicly traded companies is beyond the SEC’s core mission and is unconstitutional compelled speech. The Commission should forego any rulemaking that compels speech on this topic. Publicly traded companies remain free to voluntarily disclose this information, which as Acting Chair Lee pointed out,[4] many are already doing.

Compelling environmental, social, and corporate governance (ESG) information from companies about how they contribute to and/or how they combat climate change is the type of humanitarian and social benefit regulation that has been struck down as unconstitutional under the First Amendment. The Commission should recall that, in National Association of Manufacturers v. SEC, the D.C. Circuit held that the First Amendment prevented the SEC from compelling companies to describe their products as not “DRC conflict free” in their reports filed with the Commission.[5] Here, no such specific authority even exists for the SEC to require climate change disclosure. And although the SEC ordinarily promulgates rules to create economic or investor protection benefits,[6] the fact that the SEC administers a required disclosure regime does not mean that the Commission can add a climate change impact statement to the list without considering the First Amendment.[7]

Regulations do not receive “relaxed” First Amendment review just because they carry a “securities” label.[8] Any climate disclosure rule must survive either strict scrutiny or, at the least, intermediate scrutiny under Central Hudson.[9]

“[T]he general rule is that [a company] has the right to tailor [its] speech and that this First Amendment right applies not only to expressions of value, opinion, or endorsement, but equally to statements of fact the speaker would rather avoid.”[10] As the D.C. Circuit noted in NAM I, by “compelling [a company] to confess blood on its hands, the statute interferes with that exercise of the freedom of speech under the First Amendment.”[11] This principle portends doom for any climate disclosure rule the SEC conjures, as the proposed regulation cannot overcome even Central Hudson intermediate scrutiny.

Central Hudson requires the SEC, in defending any proposal to compel speech from public companies, to show: “(1) a substantial government interest that is; (2) directly and materially advanced by the [regulation]; and (3) that the [regulation] is narrowly tailored.”[12] Assuming arguendo that the SEC has a valid interest, the Commission cannot show that any rule requiring climate disclosure advances this interest or that it is narrowly tailored.

The D.C. Circuit asked in its decision on conflict minerals in NAM II, “[h]ow would [the compelled speech] reduce the humanitarian crisis in the region? .  .  .  [T]here is a major problem with [the SEC’s] idea—it is entirely unproven and rests on pure speculation.”[13] That caution applies here too. Accordingly, disclosures from regulated companies will not advance the SEC’s purported interests.

“Under the First Amendment, … the government cannot rest on speculation or conjecture. But that is exactly what the government is doing here.”[14] The Commission cannot “quantify any benefits of the forced disclosure regime.”[15] An unproven rule cannot pass the standard “required under the First Amendment to compel speech.”[16] The SEC has “the burden of demonstrating that the measure it adopt[s] would in fact alleviate the harms it recited to a material degree.”[17] Because the Commission cannot meet this burden, compelled climate change disclosures would be unconstitutional.[18]

Additionally, the Commission has already demonstrated that a less restrictive means can provide such information when it is material to potential investors. As noted above, some companies already release this information based on their judgment that it is material to their business, and the SEC does not forbid that disclosure.

Companies may not disclose at a rate that the SEC prefers, but that frustration does not allow the Commission to circumvent the First Amendment. Any legitimate SEC interest in protecting investors and promoting efficiency, competition, and capital formation is addressed by current existing requirements to disclose material information, and thus includes companies where climate change has a material impact on their business. Because the SEC cannot present evidence that the current disclosure regime for companies that choose to disclose such information fails to provide necessary information to investors, any required disclosure for all public companies would be unconstitutional.

“[R]equiring a company to publicly condemn itself is undoubtedly a more effective way for the government to stigmatize and shape behavior than for the government to have to convey its views itself, but that makes the requirement more constitutionally offensive, not less so.”[19] Accordingly, the SEC should abandon any efforts to compel climate change disclosure.

[1] The Institute is a nonpartisan, nonprofit § 501(c)(3) organization that promotes and protects the First Amendment political rights of speech, press, assembly, and petition. In addition to scholarly and educational work, the Institute is actively involved in targeted litigation against unconstitutional laws at both the state and federal levels.

Questions for the Record – Hearing on “Laws and Enforcement Governing the Political Activities of Tax Exempt Entities.”

The Biden Administration recently announced that it is setting up a “Disinformation Governance Board” within the Department of Homeland Security. As an expert on free ...