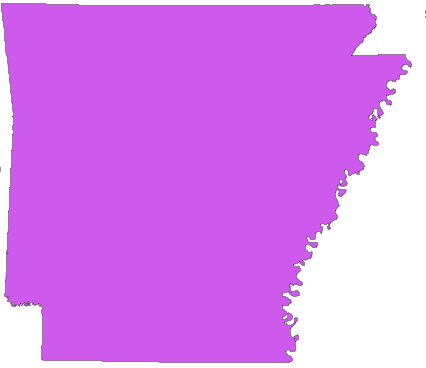 As amended by the sponsor on March 14, 2017, House Bill 1005 now contains only two major provisions. The first regulates “coordinated communications,” and the second creates a novel and excessively broad form of regulable speech: “political advertisements.” In both cases, the bill grants the five-member Arkansas Ethics Commission (“AEC”) unbridled discretion in determining whether a member of the regulated community has made either a “coordinated communication” or a “political advertisement.”

The bill provides three general exceptions: (1) a candidate’s response to a policy question, (2) advertising for a pre-existing business owned by a candidate, and (3) permitting a candidate to engage in fundraising activities – at least so long as these communications do not promote or support the candidate or attack or oppose a candidate’s opponents.

But the AEC is granted a roving command “without limitation” to determine whether or not a coordinated communication has been made. This could lend itself to asymmetrical enforcement, particularly given the five-member makeup of the AEC. Those provisions in H.B. 1005 that give specific direction to the AEC do not fare much better – regulating communications where an agent “suggest[ed]” a communication be made or where a candidate’s agent was “materially involved” in the creation of an ad.

This vagueness is compounded because the bill provides a potentially troublingly broad understanding of what it means to be an “agent” of a candidate or party – an important consideration, since cooperation with a candidate or party’s agent will be the linchpin of many coordinated communication investigations. Under H.B. 1005, authorization of someone or some group as a candidate’s agent need only be “implied.” Given the expansive investigatory ambit granted to the AEC, reliance on an “implied” authorization could quickly trigger burdensome, unnecessary, and extraordinarily broad investigations of an individual or organization’s activity that might otherwise be entirely innocuous. Recent examples in Wisconsin, Montana, and at the IRS, in which citizens (and legislators) were targeted for their political beliefs and associations by powerful regulatory agencies, offer chilling examples of the abuses that are possible.

While the bill professes to define what sort of communication is “targeted to the relevant electorate,” it permits the AEC to use “[a]ny [] factor…the commission deems relevant” to make that determination. This is somewhat concerning, for while the criteria for broadcast communications or direct mail are somewhat objective, communications distributed over the Internet need only be “intended to be viewed by” an appropriate number of people to become political advertisements.

Lastly, H.B. 1005 provides for a “media exemption,” also excludes candidate debates, independent expenditures as defined under Arkansas law, hand distribution of flyers by volunteers or door hangers by paid individuals, communications to a group’s membership from those members that have opted-in to receive communications about candidates a group supports, and communications made on a group’s official website or social media account. These limited exemptions, however, do not mitigate the sheer overbreadth of the “political advertisement” definition.

Should you have any further questions regarding the provisions in House Bill 1005, please do not hesitate to contact CCP External Relations Director Matt Nese at (703) 894-6835 or by e-mail at mnese@campaignfreedom.org.

The Institute for Free Speech (“the Institute”) respectfully submits the following comments in response to Notice 2018-05.[2] That notice concerns potential “rulemaking to clarify ...

On behalf of the Center for Competitive Politics, I am writing you today to respectfully submit the following comments regarding the constitutional and practical ...