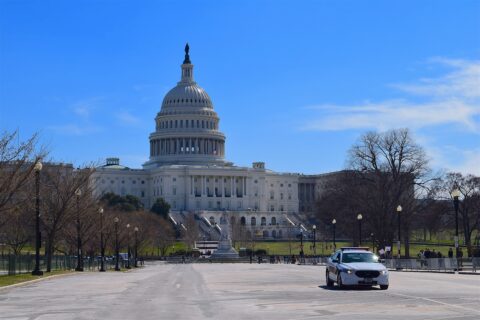 Mr. Chairman, Mr. Ranking Member, and Members of the Committee, thank you for this opportunity to testify today.

For my day job, I live and work in the Commonwealth of Virginia.  When I want to come downtown, whether it is to testify before you, attend a Washington Capitals game, or just take in the sights, I will usually hop in my car and drive up the interstate into town.

Like many people, I think I am a pretty good driver.  I wish I could say the same for everyone else I see on the road.  In spite of the beautiful view of the city and the monuments crossing over the river, going up and down the interstate and driving through the city is rarely a pleasant experience.  It seems no matter how fast I am driving, there will always be some maniac weaving in and out of traffic, blowing past me.

Disinformation is a bit like driving.  We all think we are good at identifying what is true and what is not, and that the problem is everyone else.

The Framers of the Constitution recognized this problem.  Their generation was not that far removed from the wars of religion in Europe and from the English Civil War.  In many cases, the people settling America were trying to get away from other people who thought they were wrong, or who they thought were wrong.

The result is a deep and abiding constitutional commitment to free speech, even when that speech is unpopular, offensive, or just plain wrong.  This commitment should not be abrogated in the name of fighting “disinformation.”

The Constitution Embodies a Commitment to Free and Open Discourse

The text of the First Amendment reads in part that “Congress shall make no law . . . abridging the freedom of speech, or of the press.”

As Justice Kennedy wrote in United States v. Alvarez, “As a general matter, the First Amendment means that government has no power to restrict expression because of its message, its ideas, its subject matter, or its content.”   As a result, content-based restrictions have only been allowed under very narrow, historically recognized circumstances, such as statements intended and likely to imminently incite lawless actions, defamation, child pornography, and perjury.  “Absent from those few categories where the law allows content-based regulation of speech is any general exception to the First Amendment for false statements.”

In an opinion joined by the Chief Justice, Justice Ginsburg, and Justice Sotomayor, Justice Kennedy went on:

Permitting the government to decree [deliberate false statements] to be a criminal offense, whether shouted from the rooftops or made in a barely audible whisper, would endorse government authority to compile a list of subjects about which false statements are punishable.  That governmental power has no clear limiting principle.  Our constitutional tradition stands against the idea that we need Oceania’s Ministry of Truth.

Instead, our Constitution embraces the idea that the remedy for bad or false speech is more speech that is true.

A commitment to free and open discourse is imperative because it allows for the airing of dissent and the correction of errors.  This is important because the widely believed narrative may well be wrong.  For example:

Unfortunately, the list goes on and on.  As the maxim goes, to err is human.  But, to paraphrase the Prayer of St. Francis of Assisi, “where there is error, may we bring truth.”  Bringing truth can only happen when dissenting voices are tolerated and not stifled as purported “disinformation.”

The Problem with Regulating Disinformation: Who Decides?

To others, we may all be the maniac on the road.  The fundamental problem with regulating “disinformation” is the question, “who decides what is disinformation?”

When thinking about regulating “disinformation,” it is important to remember that political fortunes rise and fall; the party in power today may be out of power tomorrow. Thus, any one advocating for regulating speech today should consider what would happen if their worst political opponent were to wield the same power over them tomorrow, because there is a very high chance it will happen sooner or later.

The vast majority of government employees are dedicated, well-meaning people, who want to do the right thing.  But as the examples above show, even well-meaning people can get it wrong.  Moreover, even generally well-meaning people are still people.  As Justice Stevens wrote in his dissent in United States v. Wells, “the liberty of our citizens cannot rest at the whim of an individual who could have a grudge or, perhaps, just exercise bad judgement.”

Then, there is the risk of bad conduct.  Specifically, the risk that government employees will simply declare inconvenient, embarrassing, or incriminating information to be “disinformation” and seek to strangle valid criticisms in the crib.

These concerns are particularly acute for minority groups or viewpoints.  Popular opinions and powerful groups do not need the First Amendment to protect them.  It is the unpopular thoughts and the historically marginalized groups that need the protection of the law.  To wit, one of the most famous Supreme Court cases concerning the First Amendment is New York Times v. Sullivan.  Sullivan was about an advertisement endorsed by civil rights leaders published in the New York Times harshly criticizing unnamed officials for their treatment of civil rights protesters, including Dr. Martin Luther King, Jr.  According to the Court, “[i]t is uncontroverted that some of the statements contained in the two paragraphs were not accurate descriptions of events which occurred in Montgomery.”  Nevertheless, the Court ruled in favor of the paper, and against public officials who sued claiming they were libeled by false or misleading claims in the advertisement.

Regulating Disinformation is Antithetical to Democracy

There is much ink spilled about the dangers to democracy from “disinformation.”  However, there is comparatively little contemporary discussion about how regulating disinformation would itself be antithetical to our democratic ideals.

Our Constitution begins with a simple, yet revolutionary phrase: “We the people.”  In the United States, sovereignty rests with the people, not a monarch, not a legislature, not some other autocratic ruler.  As President Reagan said in his farewell address to the nation, “‘We the people’ tell the government what to do; it doesn’t tell us.  ‘We the people’ are the driver; the government is the car.  And we decide where it should go, and by what route, and how fast.”

Government claiming for itself the authority to definitively tell the people what is true and what is not inverts this relationship.  It transforms our federal authority from a servant of the people to its master.  This, more than any malicious “dis-” or “misinformation,” is a true existential threat to self-government of the people, by the people, and for the people.

It also betrays a deep lack of confidence in our own governing system.  As Justice Kennedy wrote, “Only a weak society needs government protection or intervention before it pursues its resolve to preserve the truth.  Truth needs neither handcuffs nor a badge for its vindication.”

The solution today is the same as it has been for the better part of our national history: more speech, which allows true speech to outshine false statements in a marketplace of ideas.  As distasteful as that may be at times, the alternative, positioning government as an arbiter of truth, is far more dangerous to the long-term health of American democracy.

Thank you very much for the opportunity to discuss and debate these issues.  I greatly appreciate your consideration and engagement.

[1] Or in the legalistic framing of 50 former senior intelligence officials, “has all the classic earmarks of a Russian information operation,” a phrase that clearly suggests the information is disinformation without assuming the responsibility of actually saying it.  See Public Statement on Hunter Biden Emails (Oct. 19, 2020), https://www.politico.com/f/?id=00000175-4393-d7aa-af77-579f9b330000. 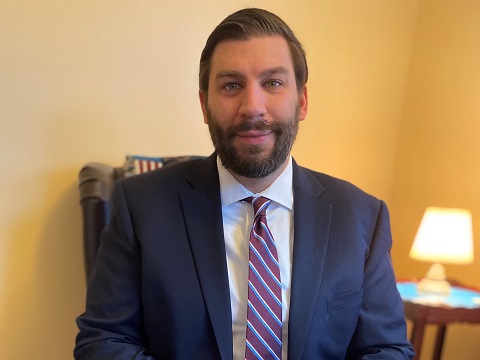 On behalf of the Center for Competitive Politics (“the Center”) I respectfully submit the following comments on constitutional and practical issues with Assembly Bill ...

On behalf of the Institute for Free Speech (“the Institute”),[1] we respectfully submit the following comments in response to the Notice of Proposed Rulemaking ...