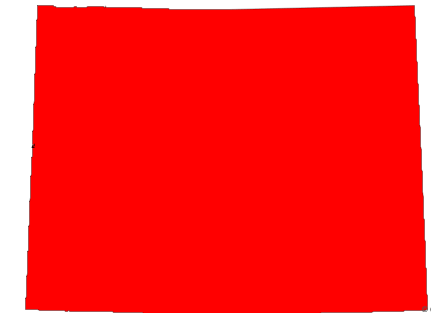 On behalf of the Institute for Free Speech (“Institute”),[1] I write to discuss Proposed Code of Wyoming Rules Chapter 002.0005.28 (“Proposed Rule”) regulating “direct coordination.” Earlier this year, the Wyoming Legislature passed a bill banning organizations from making contributions to political committees that “directly coordinate[] with a candidate or a candidate’s campaign committee” and then left to this Office the unenviable task of defining “direct coordination.”[2]

The Institute urges the Secretary to rewrite and narrow this Proposed Rule to avoid unnecessarily encroaching on core First Amendment rights. In the campaign finance context, rules defining “coordination” are meant to police the line between independent expenditures and expenditures that are controlled by the candidate. The relevant section of the new chapter is a single paragraph:

The alliterative phrase “consultation, cooperation, or communication,” is undefined in the Proposed Rule and is not elsewhere defined in the campaign finance statutes or rules. This is a problem as, for example, the word “communication” can be read quite broadly to include indirect contact and can lead to unconstitutional infringement on core First Amendment freedoms. Likewise, the Supreme Court is wary of “intent-and-effect” tests for defining when something falls under the ambit of campaign finance laws.[4] These comments will discuss these concerns. But first, an outline of the constitutional principles that overlay any writing of a coordination rule will be helpful.

When writing the rule, the Secretary should remember that independent speech may not be limited,[5] whereas coordinated speech may be limited if it implicates quid pro quo corruption. A rule that impacts independent speech, however, is constitutionally suspect. And the Secretary should remember that he was asked to define direct coordination, meaning that the actions regulated must show some meeting of the minds, not mere incidental contact.

Contribution limits and disclosure laws are both designed to fight quid pro quo corruption,[6] which is “dollars for political favors.”[7] In fact, that is the only substantial state interest in limiting contributions.[8] Thus, “over the past 40 years, [the Supreme Court] ha[s] spelled out how to draw the constitutional line between the permissible goal of avoiding corruption in the political process and the impermissible desire simply to limit political speech.”[9]

As the D.C. Circuit, sitting en banc, so keenly observed:

By definition, independent expenditures are not made in concert or cooperation with or at the request or suggestion of such candidate, the candidate’s authorized political committee, or their agents, or a political party committee or its agents.[10]

That means there are no quid pro quo concerns in independent speech.[11] That is because the “First Amendment right to speak one’s mind . . . on all public institutions includes the right to engage in vigorous advocacy no less than abstract discussion.”[12] And the Court noted that “independent advocacy” does not “pose [the] dangers of real or apparent corruption comparable to those identified with large campaign contributions.”[13]

Coordination, therefore, becomes the key distinction between independent speech and coordinated speech that may be regulated as a contribution. Thus, if the rules on coordinated expenditures are not tailored to target only quid pro quo corruption, they impermissibly restrict the First Amendment rights of those seeking to speak independently. Narrow tests using clear guidance from the courts are paramount.

II. Places Where the Secretary’s Proposed Rule can be Improved

There are two principle problems with the current Proposed Rule. First, it uses undefined terms that can apply “coordination” to situations where there may be none. Second, the rule includes an “intent” test that the Supreme Court has found objectionable under the First Amendment. Taking each in turn, the Institute suggests the Secretary revise the Proposed Rule.

First, when looking at the Proposed Rule’s use of “consultation, cooperation, or communication,” some concepts should be highlighted. Certainly, a candidate authorizing or requesting an independent expenditure negates the “independent” nature of the advertisement. “Cooperation” also indicates some concrete agreement of what to say. It would be far better to strictly define these terms, but their plain meaning readily anticipates some meeting of the minds between the campaign and the independent speaker. But “communication,” which is undefined in the Proposed Rule or in other campaign finance statutes or rules, can easily mean a wide range of indirect activity that does not involve candidate direction of speech.

Ballentine’s Law Dictionary defines “communication” to include “[a] statement made in writing or by word of mouth” or “the transfer of information by speech and by acts, signs, and appearances.”[20] The Merriam-Webster Dictionary says even the mere “exchange of information” can qualify as “communication.”[21] This wide range of possibilities, which do not involve any quid pro quo agreement or ask from the candidate, should not trigger “coordination.” Remember, the statute asks this Office to define “direct coordination”[22] and the word “direct” must play a role in the activity regulated.

It is troublesome to write a rule that attempts to vaguely prohibit First Amendment activity, such as speaking on public policy issues or supporting a candidate. The problem is not just that a vague rule may be applied inconsistently or arbitrarily, but that such a rule might also “operate to inhibit protected expression by inducing citizens to steer far wider of the unlawful zone.”[23] The First Amendment needs “‘breathing space to survive, [and so] government may regulate in the area only with narrow specificity.’”[24]

The Proposed Rule lacks a definition of “communication” and will make speakers worry that their activity may accidentally trigger the law. Wyoming’s population is small, and the community of political activists and candidates close-knit. “Communication” happens all the time, even without a wink-and-nod attempt to coordinate. For example, a candidate that puts on his website that she is pro-Second Amendment freedoms is likely to draw support from Second Amendment groups. That the groups based their support on the candidate’s public website is not “direct coordination” and yet it could be argued that the two committees “communicated.” This will need to be constantly hashed out in this Office if an ideological opponent files a campaign finance complaint[25] against someone for merely “communicating” with a candidate’s committee.

The Proposed Rule’s chill of core political speech cannot stand. Its lack of tailoring invites abuses in the state’s campaign finance complaint system and possibly litigation for declaratory relief. The Institute therefore suggests the Secretary consider defining all terms in the rule and consider eliminating “communication” as a factor for “direct coordination.”

b. The Problem of Regulating “Intent”

Second, the Proposed Rule’s test for direct coordination based upon “intent of aiding in the election of a candidate” is constitutionally suspect. The Supreme Court has routinely rejected attempts to regulate core First Amendment activity based on “intent” of the speaker or effect of a particular communication or activity.

As recognized in the landmark case, Federal Election Commission v. Wisconsin Right to Life, “[f]ar from serving the values the First Amendment is meant to protect, an intent-based test would chill core political speech by opening the door to a trial on every ad.”[26] That is because “[a]n intent-based standard ‘blankets with uncertainty whatever may be said,’ and ‘offers no security for free discussion.’”[27] Indeed, even trying to defend itself in court a speaker would need “burdensome, expert-driven inquiry, with an indeterminate result,” and this “will unquestionably chill a substantial amount of political speech.”[28] Therefore, the regulation of things like direct coordination must be based on “objective” tests “focusing on the substance of the communication rather than amorphous considerations of intent and effect,” which involve “open-ended rough-and-tumble factors” that generate “complex argument . . . and a virtually inevitable appeal.”[29]

The Proposed Rule’s text invites precisely the inquiry rejected by the Supreme Court as unnecessarily burdening First Amendment rights. The Proposed Rule should therefore be better tailored to focus on actual deal-making between a candidate and the purported independent speaker. Fortunately, as discussed below, the federal government has provided a roadmap on how to do just that.

III. The Federal Regulation of Coordination Should be Used as a Model

The Secretary need not promulgate a rule out of nothing—he can look to what the federal government has done in defining “coordination” in federal law. In contrast to the problems of the Proposed Rule, 11 C.F.R. § 109.21 uses multiple factors to clearly define expenditures that are not truly independent. The Federal Election Commission’s regulations, born of the experience of years of litigation in the federal courts across the country,[30] use multiple factors and safe harbors in regulating “coordination.”

The content standards include, among other things, republishing or redistributing campaign materials, referencing candidates or political parties by name shortly before the election, or expressly advocating for candidates.[32] The conduct standards include, among other things, a candidate or party requesting or suggesting the advertisement; having material involvement in its creation; or having a “substantial discussion” of the candidate or political party’s campaign plans, projects, activities, or needs.[33] Thus, under the federal system, there must be some financial support and evidence in the form of content and conduct to suggest coordination.

The federal regulation also provides safe harbors that cannot give rise to a finding of “coordination.” For example, an independent committee is permitted to ask a candidate about legislative or policy issues.[34] Similarly, one candidate endorsing another candidate is not “coordination.”[35] The federal system also exempts communications discussing a candidate who is “identified only in his or her capacity as the owner or operator of a business that existed prior to [their] candidacy.”[36] This Office should consider amending the Proposed Rule to cover these scenarios as exemptions from “direct coordination.”

The federal law requires satisfaction of a number of factors before there may be a finding of “coordination” and provides multiple safe harbors. This clarity protects speakers from inadvertently violating the law while still ensuring independent expenditures remain independent. If Wyoming is concerned about coordination between candidates and those making independent expenditures, then the state should follow the federal model found at 11 C.F.R. § 109.21.

The Institute believes the Proposed Rule needs revision, and this Office should look to the federal regulations for guidance on a more narrowly tailored rule. The Secretary should also note that this is an election year,[37] and next month is the primary.[38] Changing such fundamental rules in the middle of the campaign season is unhelpful and could unnecessarily expose committees to liability with little warning. Waiting to promulgate the rule after further revision, and possibly until after this upcoming election, is therefore in order.

Thank you for allowing me to submit comments on the Proposed Rule. I hope you will find this information helpful. Should you have any further questions regarding this Proposed Rule or other campaign finance proposals, please contact me at (202) 301-3300 or at tmartinez@ifs.org.

[1] The Institute for Free Speech is a nonpartisan, nonprofit § 501(c)(3) organization that promotes and protects the First Amendment political rights of speech, press, assembly, and petition. Originally known as the Center for Competitive Politics, it was founded in 2005 by Bradley A. Smith, a former Chairman of the Federal Election Commission. In addition to its scholarly and educational work, the Institute is actively involved in targeted litigation against unconstitutional laws at both the state and federal levels. Its attorneys have secured judgments in federal court striking down laws in Colorado, South Dakota, and Utah on First Amendment grounds.

[3] Proposed Rule § 3. Sections 1 and 2 cover the Secretary’s authority for writing the rule and where the rule is applicable, respectively. 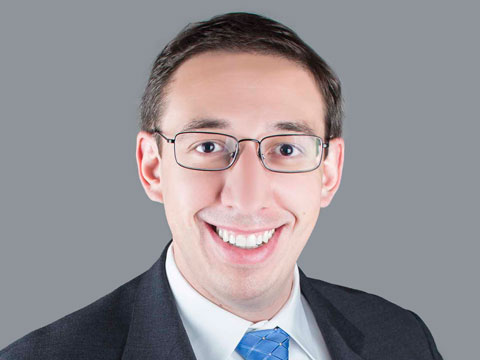 Depending on one’s reading of this hopelessly vague bill, it goes as far as to outright ban corporate funding of independent expenditures – in ...

The Center for Competitive Politics (“CCP”) understands that the Commissioner of Political Practices (“CoPP”) has submitted proposed changes to his agency’s regulations for your ...