Editorial counterpoint: Could campaign disclosure laws be a threat to democracy? Absolutely. 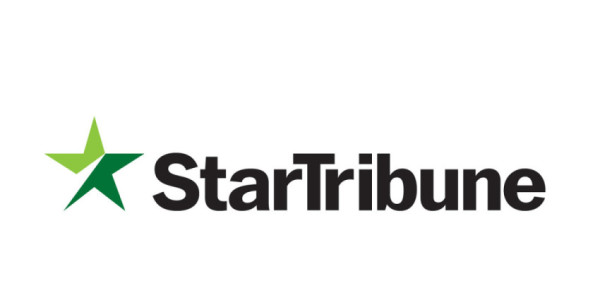 This piece originally appeared in the Star Tribune on March 8, 2019.

Minnesota has a proud tradition of engaged and informed voters. Let’s not screw it up.

The Star Tribune Editorial Board has called for the Legislature to expand campaign disclosure laws to apply to any group that runs ads mentioning candidates (“Add more transparency on campaign ads,” Jan. 9). This policy would cover a whole lot more than campaign ads, and it would carry nasty side effects.

Some at the State Capitol are responding to this misguided request for so-called transparency through legislation. But make no mistake about it: Transparency is for government; privacy is for citizens.

If an environmental group asked Minnesotans to contact their representatives about a bill to fight climate change, that would be covered. If a government watchdog called on legislators to hold a corrupt bureaucrat accountable, that would be, too.

These groups aren’t trying to sway an election. They just recognize that government doesn’t shut down when candidates hit the campaign trail. Elected representatives shouldn’t be protected from mere mention — let alone criticism — just because their names are on the ballot.

Advocates of expanded disclosure say the groups are still free to speak. Well, sort of. The price of speaking will rise so high that many citizens and organizations will decide they can’t afford it. That’s not a win for voter engagement. It just means PACs, politicians and the already powerful will dominate the public square.

The “price” of speaking — of having the audacity to name a candidate while discussing a policy issue — would be the exposure of a group’s supporters. The state would construct a database of donors to every such group, including the donor’s name, home address and giving history. Then potential employers, family members and nosy neighbors could find out whom you gave to in just a few clicks.

It should go without saying that these databases would open up supporters of hot-button causes to potential harassment and intimidation. That’s why the U.S. Supreme Court has long limited forced disclosure of donors to those giving directly to candidate campaigns, those specifically advocating the election or defeat of candidates, or those engaged in major television ad buys discussing candidates in the days shortly before an election. Current proposals in the Minnesota Legislature go far beyond those parameters.

“It is hardly a novel perception,” the court wrote more than 60 years ago, “that compelled disclosure of affiliation with groups engaged in advocacy may constitute as effective a restraint on freedom of association as [other] forms of governmental action.”

In the internet age, it’s easier than ever for opponents of a cause to track down its supporters. And while social norms change with the times — think about attitudes toward same-sex marriage — your old contributions will remain in the government database. Protecting privacy of individual citizens is critical.

Making matters worse, campaign-finance laws are notoriously complex. The late Supreme Court Justice Antonin Scalia once remarked: “This campaign finance law is so intricate that I can’t figure it out.”

If that’s how a Supreme Court justice feels, imagine what it’s like to be an organization funded by small donors, or one run by volunteers. These groups must choose between complying with a law they can’t understand — while risking hefty fines for errors — and shutting up altogether.

Yet for well-funded groups, complexity poses few obstacles. They can simply hire a high-priced attorney to wade through the red tape. “Special-interest” influence isn’t curtailed by such measures.

Instead, exposing nonprofit supporters would lead to less resources for nonprofits, and to fewer groups willing to speak about government and public policy. Rather than turbocharging democracy, it would restrict core First Amendment freedoms that help create passionate and intelligent voters in the first place.

Fears about “dark money,” often cited as the reason more disclosure is needed, miss the mark. We vote in private booths, and no one calls it “dark voting.” Privacy and democracy aren’t a contradiction. They go hand in hand.

The editorial notes that, “Minnesota is replete with reasonable people who know what these ads are intended to do.” Exactly. We don’t need a list of donor names and addresses to understand what the Sierra Club or the National Rifle Association is after. Voters can agree or disagree with their message without a road map to their supporters’ homes.

Far from being a threat to democracy, donor privacy is a key ingredient of a healthy politics. We should protect the people who fulfill their civic duty to get involved, not expose them.

When you join with others in support of a cause, state officials don’t have a right to track you. That’s the upshot of last ...