A Victory for Free Speech at the IRS 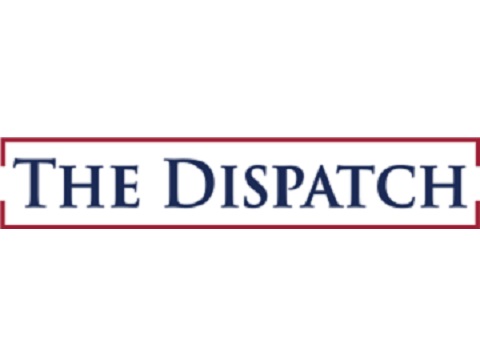 This piece originally appeared in The Dispatch on June 16, 2020.

Historically, the IRS has not been a guardian of our free speech rights. It has a long and troubling history of political abuses and targeting unpopular viewpoints, which includes the 2013 targeting of conservative and Tea Party groups. But a new tax rule indicates the IRS may have a newfound respect for Americans’ First Amendment rights.

The IRS recently amended its nonprofit donor reporting rules to protect the identities of contributors. From now on, nonprofits (except for 501(c)(3) charities and 527 political groups) are not required to disclose their largest donors on annual tax returns. The organizations must still maintain this information for a potential audit, but the IRS will stop routinely collecting these names.

Compelled disclosure of donors to nonprofit groups offends the First Amendment. As the Supreme Court acknowledged in Buckley v. Valeo, 424 U.S. 1, 64 (1976) (per curiam), compelled disclosure, in and of itself, can seriously infringe on privacy of association and belief. After all, an individual’s freedom to speak, to worship, and to petition the government for the redress of grievances cannot be vigorously protected from state interference unless the freedom to engage in a group effort to promote these interests is also guaranteed.

The IRS does not need or use this donor information to enforce the tax code. Multiple IRS officials, including the commissioner and the taxpayer advocate, have acknowledged this fact. The agency can enforce laws against self-dealing, fraud, embezzlement, and the like with other tax filings that provide detailed views of potential conflicts of interest, payments to officers and directors, and organizational finances. The IRS may obtain any additional information it needs through its ordinary investigatory process instead of requiring annual reporting of sensitive donor information by every nonprofit.

Changing the rule makes the IRS’s job easier. While the agency was collecting the data, it was still forbidden from disclosing it to the public. And protecting all those donor lists is difficult. A 2019 IRS report determined, “taxpayer data will remain vulnerable to inappropriate and undetected use, modification, or disclosure until all areas of the IRS security program are fully implemented …”

Once information is public, it is public forever. Our current polarized political environment makes this dangerous. Partisans target and vilify their opponents. A federal judge in New Jersey recently noted that mobs have gotten people fired from their jobs or ejected or driven out of restaurants because of their political views. And the internet has removed geographic barriers to the harassment of others.

Americans have a right to support social causes without being harassed. The best way to protect that right is for the IRS to avoid collecting their sensitive information in the first place. The IRS should collect only information that it needs to enforce the tax code.

Critics claim the rule change will allow foreign spending in our elections or otherwise encourage unlawful meddling by non-U.S. citizens. They are wrong. Because of the strict privacy controls mentioned above, law enforcement generally cannot use IRS data to investigate such law-breaking. The tax code is designed for collecting revenue, not counter espionage. Other agencies do that job.

Even if the IRS could share the information, donor names have little utility for detecting foreign agents. Russian online activity was predominantly conducted with free social media accounts and a handful of ads on Facebook and Twitter. They stole the identities of Americans to further their activities, and a grand jury indicted those responsible. Donor lists would not help uncover these schemes, and the IRS is not equipped to investigate every donor listed in an organization’s tax filing.

The new rule values Americans’ right to freedom of speech and associational privacy. It relieves the IRS of an unnecessary burden without compromising the agency’s tax enforcement mission. And it does not interfere, in any way, with campaign finance law enforcement or election security efforts of other government agencies.

The IRS is not often a friend to free speech. But on this occasion, we should commend it.