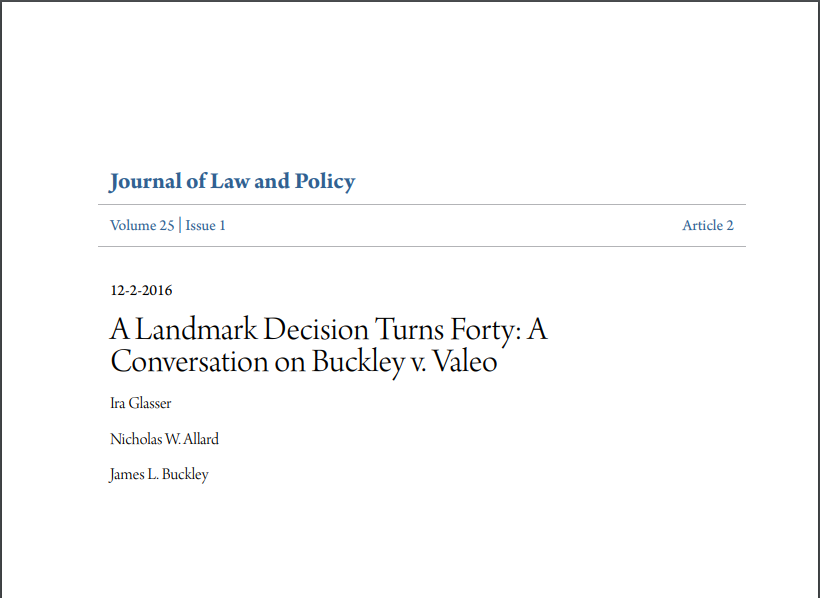 Written as part of a symposium on “Free Speech Under Fire” at Brooklyn Law School, the essays discuss the background and lasting impact of Buckley, the current campaign finance system in which excessive regulations continue to distort political spending in new ways, and the future of campaign finance law in areas like contribution limits and disclosure.

The Benefits of Campaign Spending

Critics of American politics often say that spending on electoral campaigns harms our democracy and charge that the money goes for cynical, negative, and ...