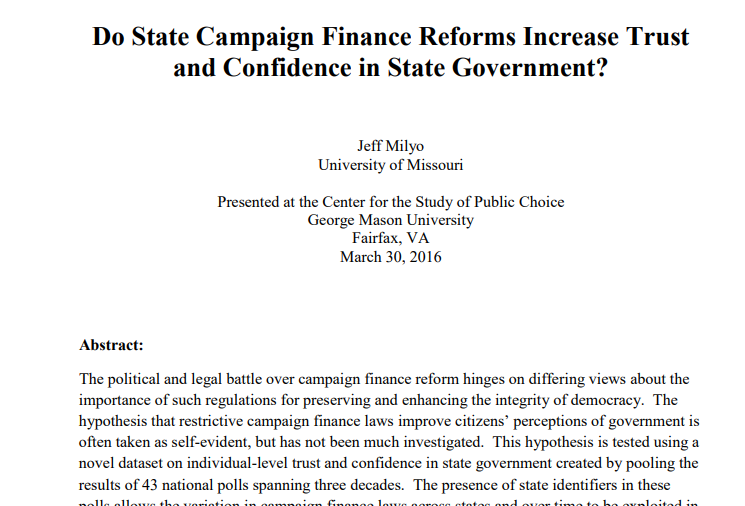 In this study, CCP Academic Advisor Jeff Milyo, a Professor of Economics of the University of Missouri, tests the hypothesis that restrictive campaign finance laws improve citizens’ perceptions of government. As Milyo explains, the political and legal battle over campaign finance reform hinges on differing views about the importance of such regulations for preserving and enhancing the integrity of democracy.

This chapter explores the relationship between U.S. House primary and general elections, focusing specifically on campaign finance. In the chapter, we assess how competitiveness in primaries ...

Much More of the Same: Television Advertising Pre- and Post-BCRA