Freedom of Speech and Equality: Do We Have to Choose? 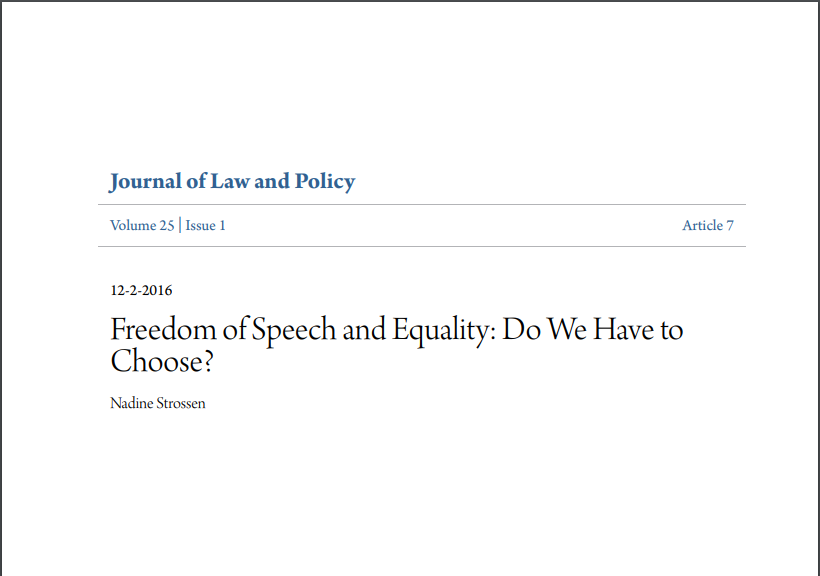 In this essay, Nadine Strossen, the John Marshall Harlan II Professor of Law at New York Law School and former president of the ACLU, argues that the principles of freedom of speech and equality are not in conflict, as is often claimed by those who criticize protections for hateful or offensive speech.

Written as part of a symposium on “Free Speech Under Fire” at Brooklyn Law School, Strossen concludes that more speech, not less, is the best way to counter hateful speech, and that censorship is a more concerning possibility when considering proposals to curtail offensive speech.

The Supreme Court has long held that campaign finance regulations are permissible for preventing corruption or the appearance of corruption. Yet the implied hypothesis that ...

This chapter explores the relationship between U.S. House primary and general elections, focusing specifically on campaign finance. In the chapter, we assess how competitiveness in primaries ...