Deadlocked Votes Among Members of the Federal Election Commission: Overview and Potential Considerations for Congress 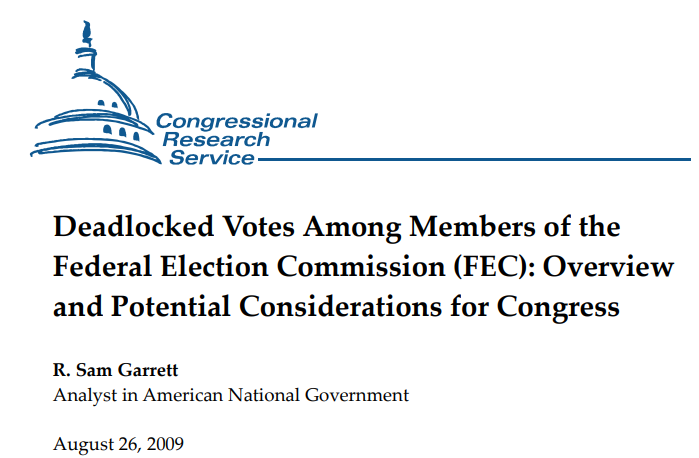 This research examines the structure of the Federal Election Commission in light of criticism that the agency is often unable to achieve its mission because of deadlocked votes, in which matters of law of regulation may be left unresolved. This report asks whether deadlocks are as common as popular wisdom suggests and whether deadlocks fall along party lines. It concludes that although deadlocked votes do occur, they represent a minority of the agency’s votes during the period covered under the study. The study also notes that the issues on which deadlocks occurred often features staunch disagreement among Commissioners and reflected unsettled positions on some major policy questions.

Political corruption is typically defined as “crimes by public officials for personal gain.”1 But there should be no doubt about the corrosive effects of malfeasance among ...

The Devil We Know? Evaluating the FEC as Enforcer

The Federal Election Commission administers and enforces federal election laws. But campaign finance reformers have argued for years that the FEC does little to stem ...